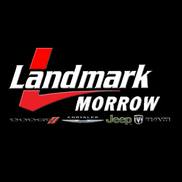 Having problems with Landmark Dodge?

ComplaintsBoard.com is not affiliated, associated, authorized, endorsed by, or in any way officially connected with Landmark Dodge.

There is nothing express about their oil change service. I went in for my 1st oil change after purchasing a...

Don't ever go to landmark dodge/Jeep in Morrow Ga. When you go in with a cashiers check to buy a veh, their salesmen seem to think they can tell you what you want to hear before you buy a veh. I went in and bought a 2010 jeep, it had a soft top and I wanted a hard top on it. It was a good price for the jeep, and the salesman, Mr. Morris, stated that when I was ready to buy a hard top, he could get one at cost, $1200.00 tax included. I called back in a week to buy the hard top and was told to call the parts dept. that they knew about the price. When I called, I talked to mike, in parts, who stated that he did not know where the salesman got that price from, the top was going to be$2995.00. I asked to speak to the general manger who passed the call off to another manager, Eric, who stated that he would check into the matter and call me back that Friday, or Monday, so I waited. Monday came and went. On Tuesday I got a call from the salesman who first told me of the $1200.00 price and that the parts man had looked at the wrong part number, I told Mr. Morris thanks but I needed to hear that from a manager, who never called back. I tried to call Eric, a number of times, voice mail only, no call backs. I called the General manager, who seems to have more meetings than Washington D.C. does, no call back . I will never do business with Landmark again, and I have a lot of friends who buy cars every year, I bet they wont be buying from this dealership, and I bet Landmark loses more than $1200.00 in sales.

I purchased my Caliber in Missouri from Landmark Dodge December 2011 and this fall I noticed that I had some...

The complaint has been investigated and
resolved to the customer's satisfaction
Resolved Landmark Dodge — AWFUL EXPERIENCE!!!!!

I purchased a car from them and have received the worst post-purchase service ever. First, I want to say that...

we were buying a vehicle from this dealership and everything was finalized to sign paperwork after being...

I made an appointment to take my car in to your Service Center for Saturday, August 9, 2008. I arrived at 6:45am and waited for the complex to open at 7:00am. I got checked in by a guy named Victor. The manager on the floor was a guy named Kevin Cowart. I took the car in for an oil & filter change and wanted my A/C recharged. I was asked if I was going to wait for the car. I told Victor to call me on my cell phone when it was ready.

I left the place assuming the car would be taken in immediately since I called for a 7:00am appointment. After not receiving any calls, I called the Service Center at 9:30am and talked to Kevin. He told me that they were just taking the car in to be looked at. This was two and one half hours after I dropped the car off. I asked why they waited so long since I had a 7:00am appointment. I was told by Kevin that all cars had to be checked in before they actually were looked at. GIVE ME A BREAK! I tried to keep my cool and continued to wait.

I then decided to go back to Landmark at 11:00am and just wait for the car. I asked Kevin what the status of the car was, and he told me they were working on it. I proceeded to walk out to the rear parking lot and saw that my car was parked in the lot, not in the shop. I know it was my car because I checked the license plate. I then ask Kevin why my car was in the parking lot if it was being worked on. He had not clue to what was happening to my car. He told me it must be ready. I then when to the cashis cage and asked for my car. There was not ticket or invoice ready. I was told to ask Kevin, who knew NOTHING about my car, about the status. I cant believe your business has people working there that are so incompetent. And these people do this for a living? This was totally unacceptable. I was then told that the car was sitting in the parking lot because they were letting the engine to see if there were any leaks. This was around 12:00pm.

I waited until almost 12:30pm before being told, by Kevin, that my car was finally ready and waiting for me in the parking lot. WRONG!! It gets good, now. After paying my bill, I told the cashier that that after bringing my car there for the past year, I would never bring my car back there again. I said it loud enough so the service manager on duty, David Jordan, could hear. The cashier even looked in his direction to get a reaction. There was none. I was approached by no one. I walked out to the parking lot only to find my car was nowhere to be found. I then walked back into the drop-off area to find that my car was parked there. While getting in my car, I noticed a work order sitting on the passengers seat, with a key. I couldnt believe that MY car was actually taken and put back into line to be serviced for something else WITH THE INCORRECT WORK ORDER!! THEY PUT THE WRONG VEHICLE IN LINE FOR SERVICE!

Bottom line, your service SUCKS! Your employees have no clue. Apparently management has no clue. I received no apology, not even from Kevin. The only person that apologized was Victor. To me, that was not his place. Victor is aware that my car was put back in the drop-off line. It took your people 5.5 hours to work on my car for an oil & filter change and A/C recharge. UNBELIEVABLE!!! For as long as I had to wait, I shouldnt have been charged for your staffs incompetence. If I am ever asked about your Service Center, I will certainly have a lot to say.

Oh, I did receive a call at home from Mike Crouch. I was at work at the time. I returned the call that same day and left a voicemail. I have yet to receive a callback. Well, at least you guys are consistent.

The complaint has been investigated and
resolved to the customer's satisfaction
Resolved Landmark Dodge — Please no one go to Landmark Dodge in Morrow, GA

My power brakes went out on my 2004 Dodge Ram, with only 52,000 miles. So I took it to Landmark Dodge in Morrow GA. I got a call on 8-16 The service advisory told me the brakes were covered by the Master Tech warranty, but he found more problems with the truck.

4. Rear pinion seal on the rear end is leaking.

Called said he had to order the brake booster which failed. didn't come in until the 22nd and was broken upon arrival. They ordered another one and said it was rushed. That one arrived on monday 8-27-07 and my truck was supposed to be done 8-28-07.

I go and pick up the truck drive home, everything is normal, or so I thought.

I start the truck in an attempt to drive it to work, and hear a strange noise. So I popped the hood and my air intake, and filter were not connected to the motor, just thrown under the hood and shut on them. I call and complain and demand they pay for someone else to fix their mistake and they said its not their fault the technician just over looked it. Which is BS. The service manager proved to be as much help as the service adviser... none. I put the truck back together myself after I paid the deductible for the warranty work to be done.

This is all I can think to do.

Please no one go to Landmark Dodge in Morrow GA.

Landmark Dodge
71
%
Fast & efficient, this company is head above their competitors when it comes down to taking care of their customers! Keep up the great work!