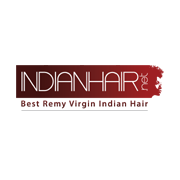 Having problems with Indian Hair Store?

I found this supplier on google plus and decided to buy from them to sell. First of all it took forever to ship after payment was made. When the hair arrived, the hair looked very dull so i decided to wash it. The hair looked completely different in water, it began to tangle and shed so badly. I decided to wash the rest of the bundles and they all matted and tangled as well. I reported to the suppliers but nothing was done about it. He could not even cook up an excuse. Total waste of money. Its been six months now and have not been able to even a bundle, even at below wholesale price.

Resolved Claim that hair is 100% INDIAN VIRGIN REMY is a fraud!!!

Their claim that they only sell 100% INDIAN VIRGIN Remy hair is a fraud! I ordered a package of 24" hair...

I truly believe that these people need a lawsuit. The customer service lady "Lily" is rude and extremely unaccomodating! They have my hard earned money and yet get offensive when I call to inquire about my lost product. First of all, no one ever answers the phone. When she finally does answer, she tells you things such as "I will call you back once your product is returned to us". I am still awaiting the call back, and yes I tracked the package and know for a fact that they received it back. I explained to her that I will be getting married in 3 weeks and need to have my hair done for this special event. If I do not have the product in 2 weeks, please know that there will be legal recourse in the tune of a LAWSUIT: A.) for deceptive business practice and B.) for ruining my special day.

This company is bull ### and hard to reach ... I have been truing to call them for five days with no call back... I’m above and beyond pissed seeing how I spent my money with them.

Indian Hair Store
83
%
Fast & efficient, this company is head above their competitors when it comes down to taking care of their customers! Keep up the great work!