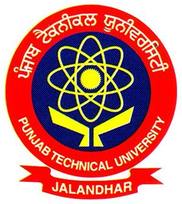 the paper checking of this university is worst in the world.if you attempt 10 marks ques correctly, they will...

Complain in result regarding

HELLO SIR MY NAME IS AKASH RAJ I AM STUDEND IN BHARAT GROUP OF COLLEGE MANSA PUNJAB SIR I AM GIVE A EXAM IN...

Hi All,
I completed my BCA in 2009 but steel i never received my 2, 3, and 6 th semester mark sheets and degree.
Whenever i ask them they refuse it and say come on next week we will arrange the mark-sheet and next week I'll get the same response.

Please help me what will i do. How can i do case against them.
All my classmates have the same problem.

Good News for Punjab Technical University Students !
A student of PTU distance education filed a court case in Delhi High Court. That student had not received his Marksheets for his MBA even after more than 4 years. After persistenet request to VICE the regional center no action was taken for years. Even University didnot bother for the same. On ths harassment student approached and filed a case in Delhi High Court. Looking into the gravity of problem and student harassment the Delhi High Court asked Registrar & Dean to appear in the Delhi High court on various occassions but they again ignored instructions of Delhi High Court and Court imposed a fine of Rs. 5000/- on PTU and took the matter seriously. The court was so upset that the Hon'ble Justice also took this act seriously and warned them he would get them Locked them as a matter of Contempt of Court. The PTU is in a sorry state as they have cheated on the students badly. The Registrar and Dean are asked to appear again on 12th March 2010. This is important for those students those who have yet not got their marksheets or degrees or results, can take corrective messure and can join the said writ petition. The Case No. is 9058 and year is 2009. You can easily find out the relevant orders on www.delhihighcourt.nic.in and click on orders/judgements and can select writ pettion and can put in case no. as 9058 and can select year as 2009.
Please forward this information to as many students as possible to help them to get out of this nexus of PTU and regional Center VICE, who are actually responsible for loss of carrier to thousand/lac of students.

1) At the time of our admission we were told that PCCSB follows the curriculum of MBA course (S05) of the esteemed Punjab Technical University. We were also informed by Director, Mr. Avishek Auddy that the PGPM certificate program (that the college conducts) is optional for students along with the MBA program of PTU. But after a month or so of admission, we found to our dismay that all the classes were conducted according to the PGPM course, instead of MBA course of PTU. On enquiry, we were told by the college authorities that the PGPM course is compulsory for all students and the MBA of PTU is of secondary importance.

2) Most faculties are biased and syllabus is not covered in full, for almost all subjects of the PTU MBA curriculum. College authorities are often involved in manipulating and tampering attendance records of students and there is no transparency in the evaluation procedure. Evaluated answer scripts and projects are never shown or returned to students. Only some fictitious marks are put up on notice board. This proves that the P.C.Chandra group is immoral and corrupt to the core.

3) PCCSOB authorities have designed a syllabus (of PGPM course) of their own which is contradictory to & violates the PTU syllabus for MBA.

Hardly any time is allocated for topics included in PTU Syllabus, though at the time of admission college authorities leverage the name of PTU, one of the most renowned universities of India. Students have the feeling that they are attending some fashion designing course (as part of PGPM) rather than MBA- Marketing/Finance/HR/IT!

Poor results of college students in PTU exams are a proof of this. Almost 80% of the students had to reappear in at least one subject in the last two PTU semester exams.

4) PGPM course is also a source of blackmailing and illegal money making for PCCSB and its Director, Mr. Avishek Auddy. After every trimester of the PGPM course, few students are held back and prevented from attending classes, on the basis of some fictitious marks of the PGPM exam. College authorities do not show the corrected answer scripts of PGPM exams either to students or their parents. Director, Mr. Avishek Auddy personally asks for amounts ranging from Rs 45, 000/- to Rs 90, 000/-, in cash and without any receipt, for allowing students to attend further classes of the MBA program of PTU.

We are spending around Rs 3 lakhs for our MBA program, but we are not getting the value for our effort and money spent, at PCCSB, Kolkata. We would request you to kindly investigate the matter and ensure that PTU MBA syllabus and guidelines are adhered to at PCCSB, Kolkata (LC: 824). We would further request you to ensure that the fraudulent PGPM course of PCCSB is stopped completely and immediately, so that students and their parents are not troubled by the immoral & corrupt Mr. Avishek Auddy, Director, PCCSB.

PCCSB is maligning the goodwill of PTU, one of the most esteemed universities of India. We all want to secure good grades in the PTU exams. Please do the needful to stop PCCSB (LC: 824) from spoiling the future of PTU students.

no result will be declared untill the reappear exams started

dear student ptu is a purely fraud university don't try to take admission it will distroy your future i...

I.K. Gujral Punjab Technical University [IKGPTU]
0
%
Doing nothing would be this company's favorite pastime, if they had the energy for it.