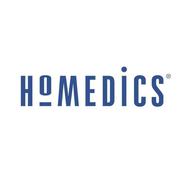 Having problems with HoMedics?

HoMedics reviews first appeared on Complaints Board on Feb 23, 2009. The latest review Heated back massage pad was posted on Apr 17, 2021. The latest complaint customer service was resolved on Sep 19, 2019. HoMedics has an average consumer rating of 3 stars from 10 reviews. HoMedics has resolved 5 complaints.

ComplaintsBoard.com is not affiliated, associated, authorized, endorsed by, or in any way officially connected with HoMedics Customer Service. Initial HoMedics complaints should be directed to their team directly. You can find contact details for HoMedics above.

Use this comments board to leave complaints and reviews about HoMedics. Discuss the issues you have had with HoMedics and work with their customer service team to find a resolution.

Purchased this because my husband is wheelchair bound and wanted something that would massage his back. This seemed like a good choice. It did not work for him. The wheelchair configuration did not work well with the Homedics unit. I had 30 days to return it to get my money back. I attempted to return it but it would have cost me $70, per the Postal Annex nearest me. The unit cost about $39 from Homedics.

It think it is a shame that it is packaged so that the return postage is prohibitive and pretty much all sales are final. Perhaps deceptive advertising, too.

My tabletop fountain, which I've had for years and has great sentimental value, does not have an on/off switch. The last time I pulled it out of the wall socket, the safety prong came loose and remained in the wall socket. I e-mailed Homedics about this on Wednesday, January 2, 2019, and received no response. I called twice, left messages, and never received a return call. I let it drop after I questioned a couple electricians, both of whom told me to not re-insert the prong, and it would be too expensive to replace the plug or cord. On Monday, September 16, 2019, I tried Homedics again and this time someone answered. I was told that it was an old model (I already knew that) and they basically couldn't help me. Before hanging up, the CSR asked someone about an 'adaptor' plug, but turns out they didn't have one. After thinking about it, I decided all it needed was another plug that did have a safety prong. I found one in my toolbox, plugged it in and...guess what? IT WORKS. I am extremely disappointed in Homedics for not telling me to just go get a stupid adaptor (I'm not an electrician; I really didn't know). Naturally, they wanted me to buy a new one. However, I don't need one now, and I will NEVER buy a Homedics product again. I have other products of theirs, and they never last long.

The complaint has been investigated and
resolved to the customer's satisfaction
Resolved Homedics — no results given on the phone.

I am writing to complain regarding the service I received by Homedics recently.I sent away for a new lead for my neck massager and made sure it was the right one for my model..YJSO36A-2401500D..I plugged it in to my model..NMSQ-200 and it blew up while on my neck.I then plugged it in to my other neck massager and it did the same thing.I then rang the department and explained the situation.The girl on the phone was most unhelpful and unobliging.I am not an abusive person and was nice to her and she did the unspeakable and hung up on me.I now have 2 neck massagers that I cant use and a sore neck.I have used these products for years so am very dissapointed that this has happened and I was treated in such an appaling manner.The date this happened was 19/08/19 and I would like a refund on the lead and a new neck massager I can submit photos if required.Wanita Millner..[protected]@gmail.com

Order a massager decided to cancel next day spoke to customer service they said it's ‘'too late it already shipped " "we can't do anything " "you'll have to refuse it "
"We don't have the capability to redirect the order " "we cant send you a return label"
"You'll have to take it to a fedex location and ask them to send it back which they usually do at no charge ".
REALLY?
I'm disbled and you want me to lug this thing to a fedex location with no label ?
Sorry but I will never deal with homedics again I will buy from amazon instead they have outstanding customer service/return policy hands down.
I cancelled the order myself by contacting fedex after being on the phone with them why couldn't homedics perform this task?
Never again !!!

I ordered two of this massager. One of them was fine but the other one, when I opened the box and plugged it in, it made a noise and smoke and some shooting flames. It ruined my chair as well.
It was very scary and I throw it away.
I ordered it from amazon.com and contacted them and asked for the money back but they say I must return the item to them. But I don't have it anymore because I throw it away. So they said they can't issue the refund for me.
So I decided to contact you and ask you for refund.
I also wanted to report you that this product could be so dangerous.
I'm providing the amazon.com order number for your reference:
[protected] Apr 23, 2018
And the price was $122.28 before tax.
I hope I can get my money back.

I ordered a back massager from this company and it was so strong it bruised my back. I returned it, stating I wanted a refund. It has been almost 4 weeks, 5 phone calls and I still do NOT have my refund. I would NEVER order another product from this company due to this their inept customer service department. My credit card company advised me to wait 10 business days for the refund and if I do not receive it I will be filing an official compliant through my credit card company to get my money back. Also, I will be telling EVERY person I know about this incident.

Homedics — No answer from them

I bought from Homedics online a shiatsu massaging cushion with heat on Nov.29/10

On Christmas day my husband opened it and it was not working ok, it was making cracking noises and suddenly it stop. It barely worked for less than 2 minutes.


during the next 2 business days (the 28th) I call the company and after more than 10 calls and 20 minutes waiting on the phone on the last call, I explained my problem to the person on the line. She told me that within 2 days UPS will call me to pick it up, in order to replace it.

After another week, I sent them another message. After another week, they finaly answered me saying that I should call to the consumer relations department line. I've been trying to do that but nobody answers, the machine tells me that my waiting time is 1 minute (sometimes 3 minutes) but they just never answer. I've been waiting more than 20 minutes on the line and nobody answer!! I've wasted a lot of my mobile minutes waiting for nothing.

I just try to call again and they said that I have to wait 15 minutes, but if when they said 1 minute I waited 20 and nothing...now that they are saying 15, how long should I wait?

At this point I'm not sure if I still want the massager or just my money back!

I know that I can just send the package back to the return center but that means that I have to pay for it and it would cost a lot of money which I don't want to pay because I have the right to not pay for it (the receipt says that if my product is defective Homedics will arrange with UPS to replace it at no charge during 30 days of receipt.)

Absolute waste of money...I was suspicious as most of these contraptions are junk and this one didn't waste time in proving I am right.

It worked for 5 mins locked up and started to smell hot. Hasn't worked since...nice present!

The complaint has been investigated and
resolved to the customer's satisfaction
Resolved Mike Michael Merit Colorado Radon Institute Homedics — Do NOT use Mike Merit!

Colorado Radon Institute, which also goes by the names Homedics, Mico Environmental, Eco Depot, etc - all run by Mike Merit. He has been DE-certified (even though he claims otherwise) and is known for very shoddy work that isn't to code - as bad as not even drilling the pipe into the floor, just gluing it on! I sued him for not completing his work and not honoring his fake 10 year warranty when the work he *did* complete failed after just 2 weeks. I won but won't see any money. He continually changes company name and banking location so as not to be found. I wish I'd checked online before hiring him. Be warned!

1 year ago a Homedics back messager pinched my wife so hard-the two rollers came together-that it pinched...

HoMedics
53
%
This company definitely cares about its customers and responds to overwhelming majority of complaints.