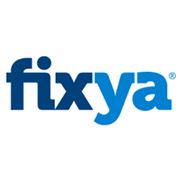 Having problems with Fixya?

I had trouble connecting my laptop to the internet. I located FixYa on the web and paid $19.95 for live chat with a so-called expert named 'jonniewalker'. He ran me through several basic steps that i could have done myself. It appeared that he had only very basic computer knowledge. He would give me steps to follow and repeatedly said 'Thank you and Godbless' prior to the computer being fixed. The computer was not fixed and he quit answering my messages.

I should have known better...johnnie****!

The online info stated that if this group couldn't fix the problem that the $19.95 would not be charged.

The first "expert" hung up on me. The second was unable to solve the computer problem. I emailed the second guy and let him know that his suggestion hadn't worked and that I would like a refund of the charges to my credit card. I rec'd an email from Fixya saying that if _I_ had fixed the problem to let _them_ know?!

No refund was forthcoming . . .

I want to explain how this rip off internet company operates. They have online experts who claim to have...

Zero support after they took my $

I am having trouble with my Motorola V9m, so I googled to find if others have had problems. Up popped...

Fixya
67
%
This company definitely cares about its customers and responds to overwhelming majority of complaints.