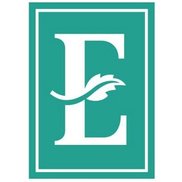 Having problems with Embassy Suites?

ComplaintsBoard.com is not affiliated, associated, authorized, endorsed by, or in any way officially connected with Embassy Suites Customer Service. Initial Embassy Suites complaints should be directed to their team directly. You can find contact details for Embassy Suites above.

Use this comments board to leave complaints and reviews about Embassy Suites. Discuss the issues you have had with Embassy Suites and work with their customer service team to find a resolution.

Made reservations for the dates of July3-5 to Embassy Suites. Check-in is at 3 but we didn't arrive until after 4. They told us the room wasn't ready and we'd have to come back. We left for an hour, checked in and went to our room. The bed wasn't finished and the bedspread and pillows were lying on the floor in a heap. After asking housekeeping to come finish the room and give us a new bedspread, we wait five hours for them to come do this. This ruined dinner and the evening as we waited to eat until after they had returned since they promised it would only be a short time before they returned/

This hotel charges $25 an hour for late check-out yet we could not use our room fully until 9:30 pm. They don't offer us a refund of the same rate times the number of hours we had to wait for them to do their job.

We also are "rewards members" and they promise a room on the upper floors for members. No room was available but there was also no compensation for this. They make promises they won't keep.

When complaining to the company, we were offered a two-night stay at the same hotel. We have no reason to drive out of town (a tw0-hour drive) to that location. Follow up from Embassy Suites/Hilton has been shoddy and ineffective. In our opinion it's best to stay elsewhere.

This place has the audacity to charge $159 at non-peak times for rubbish. The only thing you are paying for is a pretty lobby. There is NO parking! The rooms are a joke. Why have a suite with a kitchenette and not offer any silverware or plates or anything? The bathroom was the smallest I have seen even in a budget hotel! The beds were ridiculously small and hard. Very uncomfortable. The decor was lackluster at best and the windows were dirty and covered with caulking. The FREE breakfast was just disgusting. The bread was MOLDY!!! Most of the food at the buffet was cold and the lines just to get an egg were 40 minutes long. To top that the cook made really really inappropriate jokes about illegitimate children in front of my family and many young children. I also received two calls to my room by the hilton vacation package people at the front desk trying to get me to come down for my "free gift" and to sell my a vacation package. I will never stay at a HILTON again.

So I checked in today with my company for a conference we are having at the embassy suites in concord north...

Total disaster! I had planned on taking my daughter to her first concert in Cleveland, OH. I went on line and...

Personally, she has held me back of certain jobs that would help me profit more because I am white and have FAR more experience than she does. I have overheard her saying this to other african-american employees.

She threatens white people all the time that they may lose thier jobs. She speaks badly of white employees to oter employees. VERY unprofessional!!

Her name is Sharrie and she either needs to be completely retrained in the managerial etiquette field or needs to be fired.

If this continues, I will file a racial discrimination lawsuit.

I lost My job to Spanish speaking non-American 2 days after I trained them and the reason they gave me was I had poor job performance so I wrote them this letter below and went back and got reference/names and there phone number of all the people I work with and they even said it was wrong of them and would say so if asked.

Message...
I Would like to speak with someone about an issue I am having with my former place of employment.

I was fired on Jan 23, 2007. I was told that it was because poor job performance but I am sure that I was discriminated against by my supervisor. I was working at Embassy Suites Downtown Tampa. I am African American and my supervisor was Dominican. She constantly put me down and talked to me like an idiot. She said I had a problem because I did not speak Spanish and that if I wanted to succeed in my job I should learn. I personally trained six other fellow employees and one supervisor flawlessly. It was not a part of my job to do so, I did it because she said I had to and she was of no assistance to me. I was never wrote up or reprimanded for any type of behavior. I am also disabled based on an impaired mental capacity. Even with the disability I preformed my job flawlessly. This can be proven by statements made from other supervisors, managers, customers and employees. I am not the only employee that this has happened to and all the other employees as well as myself has been replaced with a hispanic workers and many time this persons English language skills and job performance was very poor even after a period of time on the job. I enjoyed my job. I would like my job back or to seek restitution if I cannot have my job back. I have a family to support and my disability check does not cover all expenses. I feel deeply hurt and upset that this has happened to me.

There are a few other points I would like to make but I can wait until I speak to someone. If someone can be of assistance or lead me in the right direction I would be thankful.

Embassy Suites
11
%
There is some slight activity coming from this company when it comes down to resolving complaints, but so far it's neither timely, nor relevant.