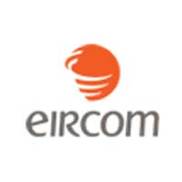 Having problems with Eircom?

contract unable to be fulfilled by eir

Hello, I wasan eir mobile customer (billpay), my contract was until March 2018. In December, Eir were advertising bundle deals of broadband and mobile phone. I discussed with staff in Eirs Cork shop the possibility of a bundle, My broadband was with Virgin. They checked and said yes all seemed fine, so I signed a bundle contract. On December 27th, a technician called to install broadband, but due to a few reasons he said it wasnt possible to install a phone line, thus broadband couldnt be installed. Fair enough.
I have spoken to eir on a few occasions, as they are telling me I am now tied into the contract I signed in December 2017, despite the fact that the contract cant be fulfilled, as broadband wasnt installed. They are refusing to revert my mobile contract to the one which would finish in March 2018. The only option is a buy out of 689 euro, for "cancelling". I didnt cancel the contract, eir could not fulfill their end of the contract. As I received a new phone with the contract, I offered to pay for the phone, which they are charging 684 euro, again as a penalty for cancelling.

I didnt cancel the contract, yet It seems like I am being penalised and tied into a contract for 18 months, which is not meeting my requirements or what I signed up for . What are my legal entitlements when a contract is only half fulfilled? Is there any way I can revert to my old contract, even paying for the new phone ( although I was told it came with the contract, I was quite happy with the Sony phone I was using).
I look forward to your guidance on this,
Carmel

Eircom provides an abysmal service. Until enough people complain nothing will change. The anger I feel towards this company makes me sick. I live in an isolated part of the country with 2 small children. For years I have paid line rental for a line that doesn't work or at least works intermittently. The only reason I stayed with Eircom was in case of an emergency and I needed to call for help. Now with the Three networks scheme I have full signal on my mobile so I canceled Eircom, but they still robbed me of another 30 days line rental fee. To add insult to injury they call me on my mobile to offer me broadband that I know they can't deliver.

Eircom is the worst company ever! Eircom Broadband (8Mb) - usually I need few times a day to reset the modem to make it running somehow. I’ve tried Skype connection to do some training courses online but after few trials I’ve given up! Because those services requires uncongested connection what can’t be provided by Eircom, so forget about playing games online, watching TV etc you will be only able to check your emails if “broadband” works. I’ve never got so bad service and lack of any support in my life! They are even too lazy to do any kind of tests/checks and provide any reasonable explanation! They simply do NOTHING and keep charging you account very diligently every month! Eircom suggested once I have to check if anything else is connected to the line, including phone? I wonder why they sell bundle (broadband and phone) together if only one will work! Anyway I did disconnect ALL devices, including phone but the problem remain unresolved. I’ve been struggling with that incompetent company for almost a year! I would like to cancel my contract but nothing else in available in Tramore – I wonder why? Customer service is useless, first need to wait about 30 min after some incompetent “customer service” will read without understanding a standard answers from manual! Waist of time! If you have any choice to avoid this incompetent company just do it! One more thing few months ago as a “valuable customer” I was informed I will be upgraded from 8 to 24 Mb free of charge in next few weeks but nothing has happed till now (three months)! As usual next lie from incompetent, arrogant and lazy company called Eircom!

In general Eircom is not doing anything else except charging you for a service they don’t want to provide! sorry telephone is working fine but broadband is a big, big joke - few times a day I need to restart the modem to make it working somehow. Eircom “customer service” replied once to check if anything else is connected to the phone line but in my case nothing else was connected, I disconnected even a phone for few days to check – I wander why they sell phone and broadband in one package if only one service will work? Avoid this monopolistic, arrogant and lazy company if you can. Unfortunately in many places in Ireland only this “company” is available, I wonder why? You can forget about Skype or any online services, like online TV or radio, maximum you will get is to check your email from time to time.. One more thing, I’ve got few months ago a letter from Eircom with free upgrade to 24Mb but now I know it was just a silly joke from eircom because after few months I still have maximum 7Mb what I’ve paid for.. no free upgrade.. it was send probably to keep another silly customer for a bit longer! Avoid at all cost!

Beware of this scam!

I am happy to bring to your notice that your email address have just won youthe lump sum of 500, 000.00 Euro in the eircom entertainment lottery draws conducted in our United Kingdom office! The numbers that were chosen by ourcomputer ballot system on your behalfon `01.06.2009 were the following: [protected] Bonus number22 These numbers are only valid for the owner of this email address on `01.06.2009 at 21:30.Today's winning numbers are:[protected] Bonus number22

You have won today, reply to this email immediately on how to claim your prize
sum of 500, 000.00 Euro sterling below.

a mail came to me some days ago telling me that i have won a sum of 2.5 million pounds as i have emerged a winner of some kind of lottery system which was conducted by a company called eircom.

i would request you to take some actions against these criminals who are looting innocent peoples like us by using your company's name.

i'm sending you all the informations about these criminals that i can get from them,which are as follows

Eircom
0
%
Doing nothing would be this company's favorite pastime, if they had the energy for it.