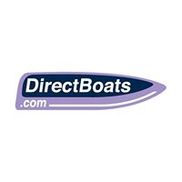 ComplaintsBoard.com is not affiliated, associated, authorized, endorsed by, or in any way officially connected with DirectBoats.com Customer Service. Initial DirectBoats.com complaints should be directed to their team directly. You can find contact details for DirectBoats.com above.

Use this comments board to leave complaints and reviews about DirectBoats.com. Discuss the issues you have had with DirectBoats.com and work with their customer service team to find a resolution.

The complaint has been investigated and
resolved to the customer's satisfaction
Resolved Directboats.com — Pedal Boats

We were mislead and given several different stories about the status of two pedal boats we ordered.

We were promised 4-6 weeks. It is now 12 weeks and I have emails saying they or at least one was ready to ship 6 weeks ago.

Bottom line… very difficult to reach the customer service Dept, but the empty promises are just a big waste of time.

Will be filing a dispute with credit card company.

I ordered an old river canoe for this website. What I received was an american eagle canoe without the additional seat reinforcements I paid for. You might as well order directly from american eagle and get what you want for half the price. After contacting them they played the victim! How could our builder do this!!

Web site had a package deal on kayaks. Order was placed and payment was submitted. The account was charged, ( luckily did not have credit limit raised and the charge was denied ). Two days latter I was contacted by phone and was told that the Kayaks I ordered were not available. They did have other products. Of course the choices were more money, and in my opinion much cheaper quality. I believe they are practicing bait and switch.

Main Points : 1. Hair trigger accelerator : Extremely dangerous and a liability.
2. No power to move even slowly, I was not looking for
speed, but I did not want standing still either..
3. No range, after a ¼ mile of painfully slow moving, the
motor sputtered and gave out. I let it cool, same thing after
a short distance. I tried it several more times, same thing. After that I gave up and paddled in.
4. Heavier than advertised, but I could live with that.

Conclusion : 1. This contraption was improvised from 95 % of a weed whacker. I checked at Home Depo and the lower portion from the motor down is identical to a weed whacker. At the end of the shaft they slapped a small propeller which is pointing down, instead of being horizontal like my electric motor, or any marine propulsion system would be.

2. This weed whacker trolling improvisation is incapable to push even a small kayak, because the coil is to weak, that is why the motor gives out too, after just a short distance. Its ok for weed whacking, because there are pauses, but not for consisted running. The controls on the handle were also adopted from weed whacker hair trigger accelerator, OK for weed whacking but not in open waters.

I bought this 2 hp gas outboard trolling motor to replace my electric trolling motor to give me farther range to travel. I was so excited to get it because it was supposed to be only 20 lbs. But it weighs 23 1/2 lbs, which is a big deal for trolling motors. Like I said, I could forgive them for the weight difference.

I followed all the instruction carefully, lovingly braking in the motor, because I planned to keep it for a very long time.

HAIR TRIGGER ACCELERATION:
Finally, I mounted it on my 9 foot Malibu Mini-X, 40 lbs kayak just like my electric Minn Kota electric motor. Again, I was very careful to warm it up, and then tried to slowly accelerate, but when I did that the kayak jerked forward almost knocking me out into the water. Luckily, there was no one near, otherwise I would have hit them.

NO POWER :
Next thing, with extreme care I accelerated, but the kayak barely moved. No matter how much gas I gave. It made the noise though. Now they advertise that the motor supposed to move up to 750 lbs. My Malibu Mini-X weighs 40 lbs, I weigh 162 lbs, my motor mount about 20 lbs, and my paddle 3 or 5 lbs, total of less than 230 lbs.

NO RANGE:
No travel range, after a ¼ mile of painfully slow moving, the
motor sputtered and gave out. I let it cool, same thing after
a short distance. I tried several more times, same thing, After that I gave up and paddled in.

I called Direct Boats and explained the problem to a lady named Jeanna ?, and wanted to return the item. She told me that it can not be returned, and said I should have read the FAQ, where it stated that. I did not know that I had to have a lawyer to buy an item to look for all the cleverly disguised hidden disclaimers.
I even offered to exchanged for a real trolling motor even if costs a little more, but with no avail.
They asked me for picture of the motor and setup, which I did within 20 minutes. I called them and verified that they have received the pictures and if they needed anything else. I have not heard from them since.

It is apparent that the product is not what they advertised. In fact it is dangerous and a liability. I could not even sell it on Craigs List for fear someone could get hurt. If it was a product as advertised, there would be no needs to return it.

Note to Consumers: I ordered two Emotion AdvatnEdge kayaks from DirectBoats.com a couple weeks ago. The...

The complaint has been investigated and
resolved to the customer's satisfaction
Resolved Directboats.com — Bad business practice

The following should posted as a warning not to do business with the firm found on GOOGLE to purchase a...

DirectBoats.com
33
%
Not bad, but could've been way better. This company does respond, but not as often as you'd expect them to.