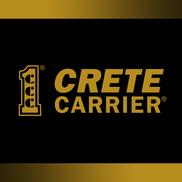 Having problems with Crete Carrier?

ComplaintsBoard.com is not affiliated, associated, authorized, endorsed by, or in any way officially connected with Crete Carrier Customer Service. Initial Crete Carrier complaints should be directed to their team directly. You can find contact details for Crete Carrier above.

Use this comments board to leave complaints and reviews about Crete Carrier. Discuss the issues you have had with Crete Carrier and work with their customer service team to find a resolution.

At approximately 1:15 pm, Friday July 27th northbound on Hwy 69 outside of Eufaula, Oklahoma, your driver of...

Well i came back to crete carrier four weeks ago. I have been broken down nine days to start with. They finally gave me different truck and it was in the shop. I finally was able to get going with that truck two hours up the road the ac goes out. One more day in the
Shop. And it still come and goes. Then they let you set around for hours waiting on loads like forty hours in one week with no pay.

Then cry about idle time. You have to run the truck to charge the batteries. So the electric apu will run. Then it all very short loads bottom line you will get around eighteen hundred mile a week. After they told you that they average 2600 per week to get you to come to work for them. They lie just like the rest. But there are no short cuts at crete carrier. So if you like to wait a lot and don't need to make more then a few hundred a week it ok.

3 trucks trying to dock during business hours...1 was parked out of the way while another was backing to the...

My husband and I drive an 18 wheeler truck for a living. In March of 2005 we were sitting still waiting in line to enter the Ag station in California on I80. A driver for CCC did not see everyone was stopped and her rear-ended us which pushed our truck into the trailer of the truck in front of us. We did not receive any life threatening injuries, but were stuck in Truckee CA looking for a way home to TX. We were also out of work 3 months as we received treatment for our injuries. We received workers com, but that is only 2-3 of a person's pay.

My complaint: CCC to this day will not settle our claim until we sign a paper stating that it was not the fault of their driver. The police report clearly states that it was his fault. We would love to have our settlement money but don't want to fall for their ridiculous way of getting out of their responsibilities.

I feel dearly for anyone who is dealing with an accident with a trucking company because I know what you are going through. It has been a holy nightmare. These trucking companies are self-insured and it is near impossible to get a penny out of them. There is no such thing as a non biased third party who can settle anything between the two.

We have discovered that there is not a lawyer who will take a case unless it will produce big money for them. If it is a small amount, they will all turn you down. You are not worth their trouble.

LISTED 180.00 BACKING INCIDENT AS AN ACCIDENT WITH NO DETAILS AVAILABLE TO DAC REPORT REQUESTER. WHEN ASKED...

Crete Carrier
50
%
This company is on the right track to keep up with incoming complaints, but there's still plenty of work to do.