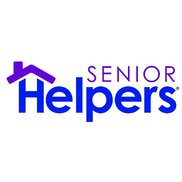 Having problems with Senior Helpers?

ComplaintsBoard.com is not affiliated, associated, authorized, endorsed by, or in any way officially connected with Senior Helpers Customer Service. Initial Senior Helpers complaints should be directed to their team directly. You can find contact details for Senior Helpers above.

Use this comments board to leave complaints and reviews about Senior Helpers. Discuss the issues you have had with Senior Helpers and work with their customer service team to find a resolution.

The personnel who answer the phone are friendly and give a positive first impression. However, our...

I was hired by Senior helpers July 2015. I was sent to work two cases, which I was NEVER paid for. After...

My mom and I came to the Hendersonville, Tn location to apply for a job. We already have jobs but was looking...

Senior Helpers in Denver CO is not on the up and up. They don't log anything so you don't even know...

The complaint has been investigated and
resolved to the customer's satisfaction
Resolved Senior Helpers — Don't work there. Don't trust them with your families.

The Senior Helpers in Louisville, KY on Breckenridge Lane is a poor excuse for a care-giving establishment...

The complaint has been investigated and
resolved to the customer's satisfaction
Resolved Senior Helpers Oak Harbor, OH — Does not show up, abusive phone calls

After taking the job for in home care for my mother, Senior Helpers did not show up 7 times. They did not...

horrible company to work for. never reported clients whose conditions were worsening, made to stay at client...

The agency promises to provide skilled/trained caregivers to help with care of loved one who desire to stay...

During my very short employment with this company I was subject to verbal abuse from the employer and was denied work. I was also witness to verbal abuse and threats from caregivers to clients. My first client was constantly ignored because of their physical disorder. Not only did the spouse but the staff at Senior Helpers failed to ignore serious health concerns. Client's concerns and pains went untreated for months. Eventually problem was solved with my persistent requests for client to seek medical attention. Clients condition improved within weeks. They were also able to regain somewhat of a normal daily routine again. I also had reported that the client was being neglected by the care of another caregiver, client had reported this to me. The caregiver refused to provide certain care, which is part of our job description. I reported this to the office as we're supposed to do. I was warned that if I wanted to keep my job that I will mind my own business and not make false accusations against well respected caregivers. I was removed from that client shortly after. The reason I was given was because it was not working out, for Senior Helpers. Even though I helped this client make a quick recovery.

On to the next situation. I had a personal issue arise and had to take a small leave of absence. It was for two weeks. When I called to explain my situation I was yelled at by the owner and hung up on. Yes, I was hung up on and yelled at by an employer. My family was witness to this behavior and asked me to resign immediately. Unfortunately I needed this job until I could find another job to accommodate my busy schedule. I called back immediately and stated that as an employee and a person I would appreciate being treated respectfully. I was told this request could not be honored. “ How dare you choose your family over your job.” I was also informed that it was selfish for me to take personal time off. I was told that I would cost the company lots of money and now they would have to find someone else to replace me till I came back. I was off the schedule already because they refused to give me a client after the first one. I was not being an inconvenience to anyone. I eventually was able to return to work.

Finally working again I went to meet my new client. I was informed that I would be taking over for another caregiver at the clients request. When I arrived the caregiver told me that this client was difficult and did not listen. I nodded my head and ignored the unprofessional and disrespectful comment. It didn't stop there. As soon as this “caregiver” introduced me to the client I began to ask her questions about the services they would like provided, and how I could be of assistance to them. This “caregiver” constantly interrupted the client dismissing everything that they said. The client eventually became embarrassed and quit talking. The “caregiver” took over the conversation and literally talked about the client as if they were not there. Told me that the client never listens, makes things more difficult, and complains more than the they should be allowed to. The “caregiver” then decided to instruct me that I need to sometimes force the client to do things that they don't want to. (Let me add here this is the same “caregiver” the previous client had talked to me about and I had reported. I had previously met this “caregiver” as well. She had one of the worst attitudes towards geriatrics I've had to experience.)This “caregiver” would constantly give negative feedback and tell the client to do more then they were supposed to. The “caregiver” would tell the client they were lazy and difficult. The “caregiver” told the client if they didn't do what she said the client wouldn't get to do anything. Eventually the client became exhausted and could not take anymore. I had to intervene. The client told the other “caregiver” to please leave them alone, and to let me take over as I was supposed to. As soon as my introduction period was over I had to leave. I was seriously concerned and called the office immediately. Senior Helpers advised me again that this is why I was taking over and to leave the issue alone. I said that I did not feel comfortable leaving the client alone with this “caregiver”. Senior Helpers told me to not be ridiculous that this was their best “caregiver”. They continued to state that this client was just very needy. I personally don't care how needy a client might be. When they are privately paying for services you will honor and respect any services they request from you. This type of unprofessional conduct is how Senior Helpers operates. That client was later verbally and I suspect physically abused by that “caregiver”. The “caregiver” forced her to do extra activities. This client ended up in the er that night because of high blood pressure do to a heart condition. This was quite terrible. This family eventually ended services with Senior Helpers. This was after Senior Helpers continued to yell at the clients, and at me for questioning the poor services that were being provided. I have since been denied hours.

I would not suggest ever working for or seeking services from this company. I have met and talked with a few caregivers that stated they were mistreated as well. This company will discriminate and with hold work. They will discriminate against you personally and as a potential client. They do not take state assistance because of the riff raf that comes along with it. This is a direct quote during my hiring process. They do not want the poor, weak, tired, or the hungry. Just the rich, wealthy, and provided meal ticket. This company gives all other programs out their a terrible name. I am ashamed to say that I was an employee here.

I was hired with the understanding that I would be working specifically with the developmentally disabled and...

I am a employee of Senior Helpers and agree 100%.I myself have had situations of concern and was told that...

The complaint has been investigated and
resolved to the customer's satisfaction
Resolved Senior Helpers — Refuse to honor promises, Failure to investigate possible client abuse

Please record the following grievances against Senior Helpers: 1. After admitting responsibility to pay for...

Senior Helpers
58
%
This company definitely cares about its customers and responds to overwhelming majority of complaints.