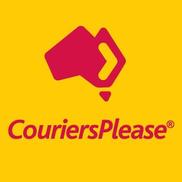 Having problems with Couriers Please?

ComplaintsBoard.com is not affiliated, associated, authorized, endorsed by, or in any way officially connected with Couriers Please Customer Service. Initial Couriers Please complaints should be directed to their team directly. You can find contact details for Couriers Please above.

Use this comments board to leave complaints and reviews about Couriers Please. Discuss the issues you have had with Couriers Please and work with their customer service team to find a resolution.

On 6 December 2020, I placed an order (#[protected]​ )with Target, Australia. The first half of the package was delivered in a separate shipment on 24 December 2020. When the second package was not being delivered, I contacted their delivery service, CouriersPlease. One of their 'Customer Service Champions' simply told me to keep an eye on the tracking.

Then, on 14 January 2021, at 10:02 am, I received another email from CouriersPlease telling me that the parcel had been delivered. The email even included two photographs, as 'evidence' of the so-called delivery.

When I went over to the front door, however, nothing was there.
The package had mysteriously disappeared, possibly stolen by the delivery person himself, who did not call out 'parcel', ring the doorbell or knocked on the door, despite the fact that the whole family was home. We didn't notice anything suspicious, as we were all inside at the time of the delivery.

My husband's Christmas present had disappeared without a trace.

Absolutely appalling and shocking as well.

I have submitted countless tickets for support. I refuse to stay on hold for up to hours at a time. Nobody gets back to me. I have paid twice for a job that never took place and paid for speedy delivery and it is now six weeks later and my parcel is still in transit. I could have quarantined myself and delivered the parcel quicker. My parcel is a laptop for a remote worker and I am in danger of losing my job because it has not been delivered! I just would like to speak to an actual human being and get the money back for the company I work for.

This is for the above mentioned parcels that were send from Brisbane to North sydney as by myself only as I have relocated. There were more parcels along with these which were delivered and left at the reception without any contact being made. Same could have been done for these as well.
For the above said courier I is mentioned that delivery attempt was made but failed. This is absolutely wrong to say, as I have taken leave from my office and was waiting whole day at home only.
Now the courier has been returned to brisbane depot and I am being asked to re-courier them.
I am in Sydney now how is that possible ?
I dont have any one to do that for me.
I am really stuck with my urgent required belongings being stuck dont know where.
I have been regularly trying g to chase everyone at dtdc and courier please but not positive aur other update being shared they all say the same which is mentioned on the website.
Please help me, there is no point of contact to help me. No one is responding to call, at the contact help numbers shared no one picks for hours and even if they do they just say they cannot help and can only provide the information that is there on the website.
It's been more than 20 days now and I am really helpless. No body is helping me.
If I donot get a reply in next 24 hours from your end then I am left with no option but to reach out to watchdog or ombudsman for help.

Goods have been with couriers please since 21st Dec, when one item was delivered, the other is lost. I now need it delivered today before wwe leave this address. If need be I will collect from the local depot but no one can even call me to tell me where the parcel is. The driver is not updating tracking so I assume the driver has the package. This is unacceptable that no one can tell me where the item is.

Couriers Please — Not receiving a delivery

I have contacted couriers please regarding them deliveringmy item to the wrong address. They are not doing anything aboutit.
Since theni have contacted the australian Dept of Fair Trade. If Couriers Please continue to ignore then i am considering a class action suit. The amount of complaintsmade online will make it incredibly easy to find people who will join in the suit from also being wronged.

Couriers Please — A delivery that was payed and ordered last month

I booked my parcel into be delivered on the 4th December and it still has not been collected and its the 11th December
How to I get my money back from this shockingly poor company.'
I have tried to contact the company to get a resolution but their phone number has a message bank, the only way to contact the company is through an online form which they rarely reply to with generic responses
It has been 7 days since I booked my parcel in for delivery, I paid for a service I am yet to receive and I am unable to re-book the delivery, I have a client who was expecting a package and its now a week late and I cannot even request a refund

Couriers Please — 1 parcel delivered to the wrong town, a second one smashed

My first parcel was delivered to the wrong town! They left it at a newsagency located nearly 2 hours away from where I live. I asked them to go back and collect it and deliver to the right address and was told the resolution team would get back to me next day.

Their 'resolutions team' took 4 days to respond and their 'resolution' was that I should travel up to where they left it to collect it (a nearly 4 hour round trip). When I refused and again asked them to fix their mistake, they had my parcel returned to sender.

The second package arrived damaged by the courier and he knew it. He knocked on my door and was literally running down my drive as I opened the door a second later (my office is right near the door).

Probably because he'd managed to kick a giant hole in the box and didn't want to wait for me to say anything. The dishes inside were smashed and the store has no more stock to replace it.

They're incompetent and careless.

Zero customer service at all!

Parcel posted Brisbane 191120 - tracking shows it is 'in transit' from that date, but no update...

I'm a small business owner in Melbourne, and I used Couriers Please for an International delivery from...

I paid and tried sending an international parcel on 2.11. After 2 phone calls of trying to obtain a CN23...

After waiting two weeks for a package from kmart lying about having tried to deliver it - I was obviously...

This is about Couriersplease, they picked up a parcel from Qld to be delivered to me at Guildford Sydney. They sent me an e-mail to say it was delivered but it was not.
I e-mailed them to say it was not delivered, they in turn sent me an e-mail with photos saying here is proof it was delivered. The photos are not my address, in the photos you can see the house number on the packet is 28 the number on the letter box is 30, no idea what street or suburb. I have sent many e-mails to them but they just ignore me.
I am not the only one that has a problem with this Courier have a look at these URL's

Despite numerous phone calls to both Skynet and Courier Please the package has yet to be delivered.

Tracking info shows it arrived in Perth 7 days ago, I'm 80km's south of there and it's still not shown up. It took less time to get from Melb to Perth, and I've had a delivery from the US in less time from when I ordered the one I'm still waiting for!
Not the first time and from the posts on here it appears they have a bad reputation. I'm going to contact Amazon Aus or the selller not to use them, it makes their business look bad as well.

Booked a parcel for pick up 4pm 20/10/ 20 Im still waiting for them to pick it up. And its now 2pm 21/10/20. They say 4 business days for delivery and now they have wasted one business day due to their inept aptitude. The ideal resolution for this would be a refund and the company dissolved.

As of 3.25pm 08/10/2020 still hasnt arrived at the customer and nothing on the Couriers Please web site.
Unfortunately and the worse part I believe one of the customer service gentlemen actually lied to me this morning. He said the parcel was on board the delivery truck but now I find out it isnt.

If there was negative rating, I would choose that instead.

This is my 2nd time dealing with and it's the same experience. Their drivers don't even make an attempt to deliver.

Their service is atrocious and disgraceful. After calling every day for 2.5 weeks, my courier was returned to sender. They are not even giving me a refund of shipping charges and on ebay you have marked it as sent. Complaint Ref # 3342453

Couriers Please
Doing nothing would be this company's favorite pastime, if they had the energy for it.