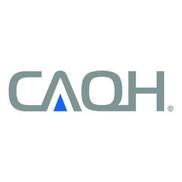 I have 5 physicians I have been trying to enroll. The status is denied due to verification. We were not able to reach anyone with the providers office. This is so false. I am a billing service. It is me, and me alone. I have not received a call on the providers they have denied.
Last Thursday I did finally get a call on one of my doctors, I verified everything. Now it is the same message on his status. We were unable to reach anyone regarding...…..They talked to me!
I call and I call and I am literally on hold for an hour each time, I don't have that kind of time.
I am trying to bypass all this and do the carriers direct.
Very disoriented. Very unorganized. This has been going on for over a month!!!

What a waste of time and resources. This dept is outsourced to the phillipines and can never reach a supervisor as they are always in meetings. Despite being told I would get a call back noone has ever called me back. 6 weeks now and counting to get admin privileges taken off old admin and reassigned to our provider directly. Incompetent business line and no accountability whatsoever. This is banking information they are playing around with... Filing a complaint with the business licensing of washington dc for caqh the company

CAQH — credentialing obstructive processes and delays; who do you answer to?

I would like to file a complaint related to your format and processes which essentially cause delays in credentialing and ultimately prevent gainful employment. There are many...

Week of September 9, 2018 CAQH has a rigid template format and processes which do not always apply to everyone depending on their situation. The credentialing process of CAQH...

I can't tell if this web-based company is legitimate. I got an email from them asking me to update my personal credentialling information. I called them and spoke with someone named 'BJ". I told him that first, I don't recall setting up any credentialing database with them. He told me that it could be a hospital who sent this. I asked which hospital and he proceeded to ask questions to verify my identity. This is where things get suspicious. He asked for my SS # which I refused to give him. Then he asked for my DEA #. Since that is public information based on my name, I gave that to him. Still he needed more personal information which I refused. So he asked me to answer a "security question" which was "which city did you go to for your honeymoon?". I know for sure that is not one of the questions I've ever answered for a security question because I went to two cities. I argued with him that this is not a legitimate question and since I already gave him my DEA number and he can easily verify my name with that number, it would have been easy for him to tell me which hospital submitted my info into their website. I told him I would call that hospital to verify that indeed they submitted my information. He refused to tell me. This is a very suspicious website asking for personal information and until the company provides more avenues to verify that they legitimate and not a scam, I will not work with them. Beware of ID theft with this company.

The new application/webpage for keeping provider data current has a flaw. It asks for hospital affiliations/privileges and many providers are office-based only, using an admitting...

What a miserable company! I was required to fill out a physician profile at CAQH Proview for a job that I applied for. The computer program was very poorly designed and cumbersome to fill out. This company apparently is allied with an insurance company, and the company tries to make the applicant available for insurance marketing even as they are collecting credentialing data. Then, they try to make the applicant provide data on all the professionals who work with you! (Their website reads, "CAQH ProView is more than a credentialing database. Available at no cost to you...". It appears to be a tool to coerce applicants to reveal information for use in marketing schemes.)The company staff were not able to answer even the simplest of questions. Emailed questions received vague and nonsensical responses, and even for that I had to wait one week. Avoid them if you can!

I am a sole professional who recently started accepting Anthem BCBSNH insurance. I am trying to set up EFt payments as I have with other insurance. Those took 2 days...I filled...

Council for Affordable Quality Healthcare [CAQH]
0
%
Doing nothing would be this company's favorite pastime, if they had the energy for it.