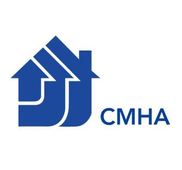 I live at 2001 Millvale Ct I have two babies 8 months and 1 year old we have no water and they are not taking...

On September 8th I submitted a maintenance request for my clogged bathroom sink which has been that way for 3...

There is a maple tree at the rear of 5707 biscayne, cincinnati 45248, that cmha owns that is dead and is dropping large limbs. There are children that play in the yard, and it is 12 feet from my privacy fence and 6 feet from the neighbor on the other side. It's not a question of if it falls, but when it falls. My fence has been damaged and I had to repair it at my expense because I had no response from cmha.

The management office at Stanley Rowe operates ineffectively for residents. Especially working residents. I went in today on my lunch because it is really the only time I can come in due to my work hours. I told them I would be in monday morning to pay my rent but was running too late for work, so I went back down on my lunch. Now mind you, my lunch is only 30 mins and each time I go into the rent office, it takes a lot longer than that. So I risk my job to come in to pay rent. I was already in eviction court due to the management poor communication and my money order being lost. Absolutely no notes were put into my account, even tho Ive called over 20 times since November and come in once a week. (I have to do this for even a possibility to talk to the rental manager) that usually results in me speaking with only Brenda. Brenda has poor communication skills, shes rude, and does not seem to know at all what she is doing but yet she is always the only one there so most of my messages are left with her. If I speak with the other office worker, Kathy, everything gets tooken care of but I dont get the oppurtunity to talk with her. I am trying to get with someone for upper management about the way residents are being treated as this is a low income housing project meant to help those in need but instead we get treated like less than human with it being reported that the office is open from 8-4:30 but they actually close whenever they want and just rudely ignore you as you knocking on the door. I work everyday and feel ever since I started working, i have been getting picked on by cmha stanley rowe, harrased but nobody is ever avaible in that office to resolve. People can lose their job trying to pay rent and that is ridiculous. Please can someone call me at [protected]. I do not have the privelage of going in, back and forth at whatever time is convenient to the office. I am trying to stay a working resident. I will try to return at lunch tommorow to pay my rent.
Thanks
La'Vada Bell

Hello im a current voucher holder and have been on section 8 awhile now. On aug 22nd i called in a complaint because me and my children had no hot water and my hot water tank busted and basement was flooded and i also had a big rat in my basement... The inspector showed up on aug 22 he really didnt care whats was going on. So he looked and seen everything that need to be fix he wrote it up but didn't put in that we had no hot water. Some me and my children have been here for 6weeks with all these issues and no help from cmha at all. But come to find out that the lanlord and inspector are friends. That's why he did care and that's why me and my kids have been with out water for 6weeks... Because. If he would of wrote it up than the lanlord would of had to fix the issues within 24hrs. This system is so wrong the ones who are supposed to held us are against use. Sad but true. But the fact that me and my 5 children ages 15, 9, 5, 3&1 have been without hot water and a messed up hot water tank is a problem... Im going to file as many complaints as i can on the cincinnati section 8 program. Someone needs to be fired this is not fair.

be aware of this company!

I am a landlord who has rented to a past tenant, and a current tenant who received a rent subsidy from the Cincinnati Metro Housing Authority, currently known as CMHA. I had a past tenant who was receiving a rent subsidy from this government sponsored agency who moved out in the first week in April with out any notification, which in itself violated her lease agreement, and I have a current tenant who moved into on of my apartments on April 14, of 2007. Prior to her moving into the apartment, the apartment was inspected by a CMHA inspector who after his inspection, forced me to make some cosmetic repairs to the apartment, and the building. I had already received a deposit to hold the apartment for the current recipient of the CMHA assistance. The potential tenant had to sell some of her belongings in order to prepare for the move into my apartment building. Keep in mind the tenant and myself have been keeping current notification with CMHA and we're both thinking everything was going along with the system CMHA has set for it's recipients and the landlords of the property. I was asking $550 for the rent of a two bedroom apartment. Now here's where the fangs of this organization are shown. After the inspection, and after the repairs are made to the apartment, and the tenant is making preparation to move in on April 14,2007, I get a letter from CMHA informing me that they would not pay the asking price I stated for the apartment, but wanted me to drop my rent to $509 a month. Now I received this letter around April 10. The tenant only had 90 days to find an apartment, or she would've been disqualified from receiving any assistance from CMHA, or she would've had only about 4 weeks remaining to find another apartment. Needless to say I felt some compassion for this person since it was a female who was around 20 yrs. of age, and a single mother. So against my better judgement, I decided to concede and lower my rent due to the fact that this person didn't have enough time to find something else. This was the first episode I had dealing with the Mafia tactics performed by CMHA. On April 14,2007 the tenant moved in after giving me a deposit. All necessary documents had been signed, and now I was waiting for CMHA to send me my first check for their portion of the rent for the tenant. According to the contract I signed with CMHA, I was to receive a payment of $283 for the monthly rent from April 14 to the end of the month of April, and an amount of $500 for the month of May, and the month of June. The amount of $1,283 was due on June 1, 2007. On June 1 I received a check for the amount of $593. I can't tell you how appalled I am that I, and the tenant, would be victimized by this organization of infamy. I am seeking an avenue to not only expose this Mafia organization, but a way to make them give me the amount of money indicated by the contract that I and the tenant signed with CMHA. I want to expose this organization to the city of Cincinnati, and the world. I want to inform the government how their contribution to the city is being used, and how the citizens who genuinely need this help are to expect to be treated. It is my goal to make people aware of the heartless treatment displayed by CMHA.

Cincinnati Metropolitan Housing Authority [CMHA]
0
%
Doing nothing would be this company's favorite pastime, if they had the energy for it.