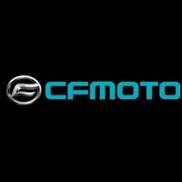 Having problems with CFMoto Powersports Inc?

Reverse went in my 2016 cfmoto which I bought in 2017. It has less than a 1000 miles on it. When reverse went in my transmission in cracked the housing of the transmission and motor. I ordered a new motor because that is what sportsline of queensbury ny recommended. Total bill is $3500. Oo. Due to no one able to tell my why this happened and having less than 1000 miles on the machine I feel the mfg. Should reimburse me some of this money to have a new engine put in my machine.
Just as an fyi I belong to an atv club and there is sometimes 60 machines that go on a ride at the same time. Word could spread fast about cfmoto and my experience.

The complaint has been investigated and
resolved to the customer's satisfaction
Resolved CFMOTO POWERSPORTS, INC — REFUSE TO REFUND UNSAFE ATV

PURCHASED NEW 2011 4/4/11 FROM AZ RV LIFESTYLES MANY PROBLEMS AND MANY TRIPS FOR REPAIRS WITH BRAKES GOING OUT TWICE, TRANS., OIL LEAKS, FUEL GAUGE, LEFT WHEEL LOCKED AND ALMOST CAUSED ROLLOVER, PARTS FALLING OFF WHILE DRIVING, WIRE CAME OFF CAUSING TO ATV UNABLE TO DRIVE WHEN TRYING WINCH TO PUT ON TRAILER FOUND THEY DIDN'T INCLUDE THE WENCH CONTROL, NO NEW ATV PACKET HAD TO GO BACK AND AFTER A WHILE THEY FOUND ONE. ALSO NO SIDE CURTAINS NECESSARY FOR SAFETY WHEN RIDING. JAMES PROMISED HE WOULD CALL ME AFTER A WEEK I WENT IN TO SEE WHEN JAMES THE DEALER SERVICE MGR. (SON OF OWNER) WAS RUDE& UNPROFESSIONAL NEVER CALL WHAT OR WHEN IT WAS READY FOR PICKUP WE HAD TO CALL THEM. JAMES SAID DO YOU HAVE IT IN WRITING I SAID NO HE SAID" IF YOU DON'T HAVE IT IN WRITING YOU CAN'T HAVE THEM" NEVER WROTE WORK ORDERS SO I HAD TO MAKE A LIST TO MAKE SURE THEY KNEW WHAT TO FIX SO WHEN WE ASKED JAMES IF WE COULD HAVE A COPY OF REPAIRS HE SAID IT WASN'T NECESSARY SO WE HAVE NOTHING TO SHOW ABOUT THIS. I HAVE HAD THIS ATV FOR ALMOST A YEAR I AM 74 WITH A BAD HEART AND ALL THIS STRESS HASN'T HELPED WE SPENT OVER $9, 000 AND WE ONLY GOT TO USE IT A FEW TIMES THEY HAVE HAD IT MORE THEN WE HAVE. WE CONTACTED CFMOTO SEVERAL TIMES IN THE PAST YEAR AND THEY REFUSED TO DO ANYTHING AND SAID IT WAS THEIR DEALERS PROBLEM... PLEASE HELP!!! ><+>MIKE.

CFMoto Powersports Inc
50
%
This company is on the right track to keep up with incoming complaints, but there's still plenty of work to do.