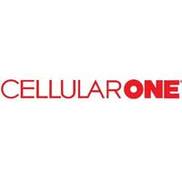 Having problems with Cellular One?

ComplaintsBoard.com is not affiliated, associated, authorized, endorsed by, or in any way officially connected with Cellular One Customer Service. Initial Cellular One complaints should be directed to their team directly. You can find contact details for Cellular One above.

Use this comments board to leave complaints and reviews about Cellular One. Discuss the issues you have had with Cellular One and work with their customer service team to find a resolution.

Cellular One — one month free offer

Scam. Fraudulent
Order sim on February 28. Arrived approx March 6 they were informed I already had service. Reassured I had until March 31 to activate
In fact cut off other service few days short
Next I get alert of credit check. Fyi they are lying to FCC about everything, including changing the scenario
Called Cellular one I was ask if want to submit complaint. Said no. In retrospect should have opted out of service (fyi in process of order free sim, I have Unlock phone)
Then the calls began in reference to service. Ask them check the notes.
Again reassured that I had until until March 31
Lied to FCC. In reference to credit check. No I was not informed
Next, never received letter from them, it was a form letter that had zero to do with free month
(Attached by FCC) FCC received evidence of the offer
Evidence I had cell service with them less than a month
In fact one email from corp denotes I had 2 months service. The next I received one month free. Get idea?
In fact Manny a customer service agent with c one admitted to people charged for free offer. The post paid surprise
They will lie even with the evidence next received bill assured just a tax. Well later discover bill for March on reverse side of statement after being reassured I was on free month
Fraud line via AARP thousands of complaints on them, and thousands more took the bait on this offer. Volunteer at fraud line
Advised call ftc, BBB in Oregon, attorney general. (I will contact attorney general in Oregon too)
My Time is valuable. I believe they owe me thousands by now
FCC received my evidence. Must not have looked at it, how ever in fact attached cc of offer. In fact one can find it on the web
Next, before activating sim I again asked about my free month again reassured.
Next another bill approx 130$ !!!
Called talk to supervisor mark. Quote my account was not pushed forward. Yadda yadda. Billing not informed then he checked usage in March. None. Of course not I had simple mobile prepaid.
In fact he said I should have cut off offer !!!
Bill three .lastly they wanted to settle for approx 25$. Heck no
Date of disconnection is bogus. Cut them off before 30 days.
In fact I had already bought prepaid Sim.
This is short version.
Next, I reported them for mail fraud.
This company is not a true no contract company. Postpaid surprise. Read their terms.
Beware they are expensive. Have wifi? Complaints from members consumer Cellular took money from bank account. Members rec no alert they were at data limit (which far from truth)
Thanks for listening
Data is outrageous. A bargain no. Tv ads deceptive.
The company corp is in Oregon.

I recently entered into a contract with cellular one. My credit is not that great, and had to go with what i...

I am writing as a concerned consumer, regarding the practice of the employees at Eagle Satellite Cellular...

Cellular One — Wrongfully turned me into a collection agency

I received a collection notice from a company in TN claiming I owe Cellular One $408.08. The final bill was so high because I used my same number when I switched not knowing this would cancel my contract 5 days early. I paid this bill and it went through my account back in March. I never got any notices it was "unpaid" (which was never the case any way). Then on May 29th I all of a sudden get this notice. I call on Tuesday (couldn`t call Monday because of the holiday) and at first they tell me I have a zero balance and I was never turned into collections. Then I call the collection agency and they say I was turned in. So I call Cellular One and they say I was turned in after all, but it was their mistake. That they will call and get it straightened out. Now I`m waiting until the end of the week to find out what happens. I will update you!

Sent Nokia E63 phone in for repair on or about April 12, 2010. Received a "loaner" phone at which time I had my original plan suspended until original phone was repaired. Received "repaired" phone back on April 29, 2010. Original plan was to be reinstalled on phone and called to make sure it was. Whomever assisted me did not place original plan back on phone and I was not made aware of this fact at the time. Phone still did not work, was able to access internet 1/2 time and email was unfunctional. Called for help and only received text messages on how to operate. On May 25, 2010, a CellularOne employee called to inform me that I had accrued over $800.00 in charges on my phone beginning on April 29, 2010. She could not be specific as to what the "charges" were and only referred to them as "data" and text messages. She said the charges had accrued because I had not reinstated the original plan. I did on April 29, 2010 and evidently the representative did not reinstate them to the phone as promised. On a monthly basis since August of 2009, my phone bill has been roughly around $90.00 a month. I was surprised that someone did not contact me when the huge charges began accruing on the phone until the end of their billing cycle. She then informed me that the only way to dismiss the charges was to up my plan to $80.00 a month, (from $29.99) plus other charges. So in order to wipe the charges clear, I had to "upgrade" my plan. I feel that they held me hostage in order to get me to change my monthly plan, which as I may point out, is quite inferior to my original plan. I feel that I was not informed adequatley, nor in a timely fashion about huge charges showing on my phone, and that they waited until the end of the billing cycle to hold me hostage so that I would "up" my plan. I was threatened with collection if I did not go along with their resolution.

have phone that is out of contract, when at the store tell them we want to cancell the phone and shut it off...

Cellular One — Fraud and scam

citi bank giving late fees when every other month my payment was made on the same date and it wasn't late. They have no way of proving that your payment is late is what they told me and that they just put it through whenever its convenient for them SORRY is what they told me. They just wanted to raise my rate is all and that was their excuse. I want my late fee charge back.

Be cautious when signing up with a cell phone company. Get a written contract and fully understand what the cancellation policy is. Don't be charmed by all their unlimited this and unlimited that. Don't be roped in by a seemingly great cell phone deal. It's not about you and it's not about the service. It's just about getting your money and padding their bottom line. The devil is really in the details when you are dealing with this kind of company. You may have no recourse against terrible customer service and terrible phone service. Beware and be smart. It will cost a lot if you don't pay attention. Unfortunately I learned the hard and costly way.

Cellular One
33
%
Not bad, but could've been way better. This company does respond, but not as often as you'd expect them to.

Most Discussed Cellular One Complaints