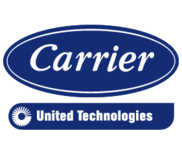 Having problems with Carrier United Technologies?

ComplaintsBoard.com is not affiliated, associated, authorized, endorsed by, or in any way officially connected with Carrier United Technologies.

We have been struggling with this problem for about a year now.

The furnace initiates it's starting sequence, The inducer motor starts, there is a lot of clicking and finally it fails with ERROR CODE 42.

The inducer motor has been replaced THREE TIMES. ALL other parts on the front of the furnace have also been replaced.

We purchased an AC unit model number 24ACC424A0030011 serial 0817E08039 on March 4, 2017 from Estes Services which cost us almost $7, 000 for our downstairs area and the unit stopped cooling during the month of July 2019. We have run this unit for only two summers and now we are being told that the coil needs to be replaced. We are being asked to pay for the installation of this coil which is totally unfair since the unit is not really that old. The Technician told us that the refrigerant had leaked out so we had to pay to have more refrigerant added until the new coil can be ordered and installed. This too is very unusual for a new Carrier unit. We thought that Carrier units were reliable so we even purchased an additional unit from Estes Services on June 20 2019 for upstairs area thinking that these are good units. We don't feel that we should have to pay out of pocket for anything as the technician mentioned that the coil was covered but not the labor. This is very disappointing and unacceptable for a name brand such as Carrier.

2 1/2 weeks ago my installed in April and not used till then new Carrier Seer13 unit went out after being run for 3 days.[ It had evidently tested fine in April in 60-70 degree weather.] I called and got svcman jerry, told him furnace wall was starting to sweat and was cold he said turn off unit. Next day svcman came out and said was a bad motherboard. 2 weeks and 2 missed appointments later [they said each time they would be out and did not show] they came out and replaced mboard and left. I have since read that the test of a proper performing hvac system is how it works on hottest days not cool days; it failed on those three 80-85 days never reaching a temp lower than 81. I have a small ranch home 850 sf on crawl, I tried to tell jerry this on the initial call but he was more concerned with getting unit turned off and a svcman out, and in the excitement I didnt push it, thinking maybe it was a minor problem.

My problem is how do I get him to put in a more effective unit for this home, I will not pay for a new unit after using this one for a grand total of 4 days !!! Please help

I have talked to.Carrier about this unit we had installed in 2017. At the time of installation it.made, and still does, sound like an old loud agitator machine, both in and out of the house.
When I asked the distributor about it I was told to contact Carrier corp., In turn they told me to contact.the distributor. You should have the picture, this just Went back and forth to no avail.
A service rep. Said I should just.live with.the noise until it dies. Lol
The service rep said it sounds like the compressor.
We have spent almost $6000 on this and no one seems to.care because they have their money.
I don't know how a corporation could run a business without fixing their customers problems.
I would like a rep from Carrier Corp to come to my house and check out my complaint.

I have purchased carrier AC from Flipkart on May 2018 and not completed 10 months getting full noise which is not acceptable. I have been reached to Carrier Customer care for the service from last 2 months but they are not responding properly and not at all taking any responsibility. simply use to tell we are raising complain and assigning technician to assist us but no one use to come for service. I really feel bad as they are making money with non working products and no service.

kindly help me to get it service or replace my AC.

We built a new house four years ago and the builder had a Carrier heat pump and air conditioner installed by...

After having a problem with the heating side of my hvac, my my carrier repairman fixed the unit and ever since the thermostat has not been accurate. He has replaced the thermostat twice and it is still not working properly. Ex. I have the thermostat set at 75 and the temperature inside is around 72. In the winter it's even harder to control, the temperature will go way above the set temperature before it will cut off. If you have any ideal what the problem is please let me know so I can share it with my carrier dealer. Thanks, Tommy

I have two top of the line Carrier Infinity ac/furnace/heat pump systems. Their Infinity systems are too damn complicated in any case and in my experience very prone to malfunction. I have had frequent service calls. My installer, who is a good guy, doesn't fully understand the systems, and spends a lot of time on the phone with Carrier. I complained to him about having to pay for his learning curve, and he did refund part of his service charge. Recently I have been having problems with both humidifiers not operating-- it appears to be a thermostat problem. Carrier was totally unhelpful, absolutely refuses to provide me any technical help whatsoever, for something that very likely involves simply rebooting the thermostats. I will have to spend for another expensive service call, for something even my HVAC guy agrees they probably could have talked me through.

My 92 year old mother had a Carrier central cooling system installed. Carrier promised a $300.00 rebate. She was capable of running her own affairs at the time. My complaint is that the form to claim the rebate was so constructed as to increase the failure rate of claimants. Even though they redeclared the same rebate each month, you only had to the end of the month of installation to claim yours. Even worse, the front page of the rebate had a variety of information in large, easy to read print as the deadline, a website, etc. What it DID NOT have was the phone number that was required if you did not have a computer. THAT was on the back page, 7 paragraphs down, and in tiny (maybe 2 point type). Further, it was gray, not black and white. It was hard to find and see, and in effect hidden, especially if you are 92 years old. My Mom passed in November of 2009. At some point I became aware she never received the $300.00 rebate. I talked to and wrote Carrier's "customer service" they were not interested. I complained to the BBB, Carrier's position was unchanged. I wrote to the President of Carrier, whose office sent it back to customer service and they repeat the statement that, "their position is unchanged"

Carrier United Technologies
8
%
There is some slight activity coming from this company when it comes down to resolving complaints, but so far it's neither timely, nor relevant.