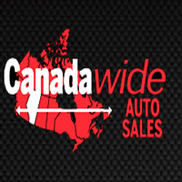 Edmonton, ab, canada-
Mistreated and insulted: I went to canada wide auto sales last evening and viewed a few cars and finally decided to buy a ford escape 2015 which was priced $21, 988 on their website but when everything got finalized they gave me the paper work for $23, 990 and I asked them the reason of the higher price. To which the manager james (Aka jay) informed me that there was some error in his computer why the prices are different and went back and forth and finally informed me that he would get a hit and match the price for me but something looked fishy to me so I asked them to give me a couple of days to decide. Upon hearing this the manager jay came up to me angrily telling me that they had to keep it open longer because of me and I should be embarrassed of myself for wasting their time. He kept going with his sarcastic remarks. So I thanked him and told him that I had no intention to make them wait longer and requested not to compelling me to make the purchase right away. I was genuinely thinking to go back and buy some other car (If not ford) from them but the manager jay's behaviour which was witnessed but 3 other people was ridiculous and highly unprofessional. In return of undeserved insult and rant I promised him i'd never return and I wish no one would go to canada wide auto sales to get insulted. I am sure that there are many car dealers in the city who would not try to rip me off, keep the dealership open without forcing me to make a purchase and most important of all: treat their potential customers like a customer and not a piece of ####. Never ever visit this place

I was referred to Canada Wide Auto Sales in West Edmonton by a friend, and made an appointment to go look at vehicles on January 20th. I needed a new car because mine is unreliable and I didn't want to keep putting money into fixing it anymore.

I test-drove one car, a 2015 Chrysler 200 LX, and the salesman convinced me to buy it right then and there. He said that they get first pick of the overstock from the Chrysler dealer, and that they put kilometers on the cars themselves so that they can charge a lower price for them. The salesman was very friendly, going on at length about how the dealer was family-owned and run, and that they only wanted to help people get a car that's right for them. I truly believed that he was on my side. I was alone at the dealer, and was very excited at the prospect of buying my first new car without any help. I didn't know anything about financing, what constitutes a good deal, or all the things that go along with the purchase of a new car.

I was approved almost immediately, and they sent me into the financing office to speak with the financial manager. I was given an interest rate of 6.24%. I have a credit score in the 'excellent' zone, but I figured the high rate was because it was my first time financing anything. He told me about all these different things that I could get along with the car, like Health and Accident Insurance, Life Insurance, and an extended warranty. I declined the first two, but when I asked why I would need an extended warranty, he told me that banks preferred I have it. I thought that meant they wouldn't approve the paperwork unless I agreed to the extra warranty, so I did (I later found out that this is called 'tied selling' and is illegal). I found the language used in the contracts difficult to understand, which was compounded with his vague responses to my questions, but I didn't want to appear naïve so I went along with it. He kept focusing on the monthly payments, and every time they went up, he down-played it, saying that it was not a huge amount and making me feel like I would be remiss if I did not agree. Not once did anyone tell me the final price that I would be paying for the car.

The next day, after the excitement had worn off, I took all of the paperwork to my boyfriend's father so he could look it over, since he has purchased many vehicles in his lifetime. He immediately concluded that they had divested me of a large sum of money. In total, I would have paid $31, 000 over 72 months for a car that they sold to me as Used, with 1579 kilometers on it and for $20, 186 before the added fees, which included a "Documentation Fee" of $399. The total balance on the bill of sale came to $25, 615.93. Nothing on there does it say that my actual total would be $31, 104. I called the salesman right away saying that I had reviewed the paperwork and that I no longer wanted the car. He told me that was okay, and that he'd get the finance manager to contact me. I thought that was the end of it since I didn't receive a call from anyone.

On January 27th, I got a call from work saying that some lady had dropped keys off for me. Immediately afterwards, I got a call from the salesman saying that they had parked the car in the visitor parking at my apartment building and had taken the keys to my workplace. I reminded him that I had decided not to take it, to which he replied "well, you signed legal documents, so it's yours". Sure enough, he had dropped the car off, unregistered and uninsured, in a public parking lot with open access, then brought the keys to my workplace where anyone could have taken them. This was all without any attempt at prior notification, since I only found out after all was said and done and they had left. I could not find it in the parking lot until February 2nd, for it was parked in between a dumpster and a truck and was hidden from view.

I understand that the economy is bad, but I didn't think that car dealerships were so hurt that they felt the need to take advantage of a first-time buyer who came in alone. I'm only 21, and I just wanted to be independent and handle my own purchases. I have definitely learned my lesson.

On Monday 11 March 2013 an agreement was made to purchase a 2012 Jeep Grand Cherokee at Canada Wide Auto...

Canada Wide Auto Sales
Doing nothing would be this company's favorite pastime, if they had the energy for it.