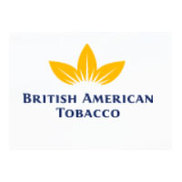 Having problems with British American Tobacco?

Good day, I bought a carton of Benson & Hedges blue switch and in every packet I open there are about 4 of 5 sigaretts without the flavour ball. I am highly disappointed in this. I pay a lot of money an do net get what I pay for. It would be highly appreciated if someone can contact me regarding this matter.

Hi. My name is Mariette. I have been smoking B&H Blue switch for quite some time know. This is not the first time that I am buying a packet of cigarettes and then some of the cigarettes are not menthol after I press the ball. Cigarettes are costing a lot of money and if I buy menthol cigarettes, I want menthol cigarette not something else. I have the sigaret with me in the packet they can collect it from me if they want to. Thank you. Mariette. [protected]

I purchased a carton of Kent White on Sunday the 9th of February 2020 from Pick n Pay Douglasdale, South Africa and two boxes so far have defected cigarettes. The filter paper has not been stuck properly and the filters are loose. When you try and smoke them it is virtually impossible as the smoke escapes from the loose paper. Smoking is a very expensive habit and I would like a replacement if possible otherwise I will switch to something else.

Benson and Hedges Blue Switch — platinum disguised as menthol in my box!

On Saturday the 1st Feb 2020 I bought two packs of B&H blue switch from Pick n Pay Gordon's Bay. Multiple cigarettes from both packs taste like platinum. I cannot smoke flavoured cigarettes because the taste makes me nauseous. Which means most of my smokes I either nipped or had to give away. Then yesterday (4 Feb 2020) I bought another pack from the same Pick n Pay and so far I have not had one menthol... ALL PLATINUM! The outside of the cigarette looks like a menthol so there is no way of knowing. It's like having a pack of smarties.

I wasn't going to bother complaining but after my third pack from a completely different day of purchase and so far not ONE menthol I am now laying a complaint as it has become a waste of money.

Hiya I brought 20 l&b blue ice crushball super Kings today from coop in Burtonwood Warrington I buy these a...

I have changed from Winston XS Blue to Pall Mall Blue about a month ago, I am very dissapointed in thi...

For the last year i have been smoking Benson & Hedges and i buy a carton each week but for the last 2 to 3 weeks in each pack i get up to 3 sigarets with no menthol taste it is almost more the taste of the kamel purple than on menthol. At first i thought i was crazy but then i asked some of my colleagues to taste and tell me of im wrong but they also agreed with me

I live in Cairns and I bought a pouch of Rothmans Blue tobacco 25g at 1:30pm today, Tuesday 8th October, and...

Buying cigarettes that come broken is upsetting. It has happened more than twice and I feel let down by such a big well branded company. What are benson and hedges going to do to rectify this issue. I have emailed before but had no response. I look forward to your response this time round.
Thank you
Unhappy with your quality of product.
Considering to change brand.

Good day me and my husband smokes paul mall recently known as princeton daily, issue I have is that the quality of your product is horrible, the paper and filter quality is even worst than the cheapest brand on the market. Some of them even has small holes in it, at this stage it is better to switch brands and rather pay a few bucks extra for something that is actually worth the money, kind regards Elene [protected], [protected]@true.co.za

Hi i bought a packet of benson and hedges blue and the packet was all ok and intact but when i pulled a cigerette out some was ripped and most of them had all this prints over them they are expensive enough without buying a box and it being damaged. I was wary about smoking them also as didnt no if they would be harmful in anyway i have alot of health issues and takes me atleast twenty minuites to walk to a shop whe its only five minuites away.

I have been buying windfeild gold for years and this continues to happen with every pouch I buy. There are big pieces of cardboard like tobacco that are completely unusable and I bet are used to add "weight" to the bag. There is constantly quite large peices of bark also and it it just so frustrating after spending so much money on a brand that is meant to be "superior" to the others.
It is disappointing that the only way I can contact the company is by writing to them instead of emailing.

Afternoon, I'm writing to you to advise that I have come across this cigarette in my packet, we pay big...

Dear Sir, I have sit for the online exam step 2 and passed as Operations Communication Officer, 3245 in...

Last night I purchased a packet of Benson and Hedges cigarettes 25 as stated by the staff member only to...

I have been a long time buyer of your tobacco and spend about $160 a fortnight on rothmans red tobacco.But my...

Hello, i recently purchased a 50 gramme pouch of Winfield Red as I regularly do. However on this particular...

Good Day This morning at 10am (South African Time) i took out a cigarette from my box of Pall Mall bought at...

British American Tobacco
10
%
There is some slight activity coming from this company when it comes down to resolving complaints, but so far it's neither timely, nor relevant.