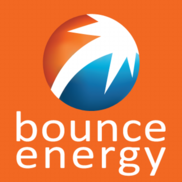 Having problems with Bounce Energy?

ComplaintsBoard.com is not affiliated, associated, authorized, endorsed by, or in any way officially connected with Bounce Energy Customer Service. Initial Bounce Energy complaints should be directed to their team directly. You can find contact details for Bounce Energy above.

Use this comments board to leave complaints and reviews about Bounce Energy. Discuss the issues you have had with Bounce Energy and work with their customer service team to find a resolution.

The complaint has been investigated and
resolved to the customer's satisfaction
Resolved Bounce Energy — They are taking advntage of the poor economy.

I signed up with Bounce Energy Three months back after seeing their "No Deposit" Plan. The plan sounded great for my situation. I was told that they would bill me at around 17.9 cents a minute for three months and as long as I gave them a debit or credit card to keep on file and they were able to successfully bill the card three concsecutive months, my rate would drop to their lowest rate from the fourth month on. So, I did give them a card and they billed my card for three months with no issues. Now (month 4) I got a bill at the still high rate and when I called into see what the issue is I soon found out that you have too call in and request the rate to be dr0pped. Additionally I was informed that my $500 bill that should have been less than $300 would not be fixed untill next month in which I would receive a credit on my bill and no reimbursment. The rep who indentified himself as "Octavio" refused to let me speak to his manager, got extremely rude, and then ended up hanging up on me. I promised him that I would make sure someone knew just how rude he was and he basically told me to bring it on. I was told they record the calls so I am going to have the CEO, Robbie Wright, listen to the call. Now I am having to try and make arrangments to pay my other bills late. I've done some research and I'm noticing that this may be a company wide S.O.P.?
Taking advantage of people that are hurting in this economy is just disgusting. This could easily turn into a class action lawsuit due to negligence and false advertising. Make sure if you sign up you document names, dates, and everything you'll need if t hey screw you around.

The complaint has been investigated and
resolved to the customer's satisfaction
Resolved Bounce Energy — Refused to take any action to correct wrong billing, deliberately ripping customer off

Bounce Energy is ripping me off with poor customer service and no-effort to resolve billing issues. On...

The complaint has been investigated and
resolved to the customer's satisfaction
Resolved Bounce Energy — Awful customer service; billing mistakes

Extremely bad customer service! We signed up with this company due to their advertised "no deposit" plan. The...

Bounce Energy
70
%
This company definitely cares about its customers and responds to overwhelming majority of complaints.