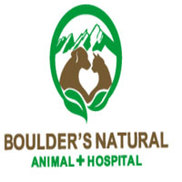 Having problems with Boulder's Natural Animal?

I am a past patient of Boulder's Natural Animal but I am not anymore because of some very serious issues I have heard about in the Boulder community as well as discovered myself. According to an associate veterinarian who worked with the owner of the clinic, Dr. Silver, he does not actually do the dental cleanings himself OR the extractions of teeth which I find to be a horrendous fault on his part. I also heard from this same separated veterinarian that he is horrible to work with because of his temper and also because of his wife. I have never had any negative interaction with his wife but I have had negative experiences with the veterinarian in which he got personally offended and stormed off because I mentioned that he was not treating my animal in the way that I thought was medically appropriate. When he returned to speak with he he was condescending, rolled his eyes and as I was leaving I overheard him telling a staff member that it is " a**holes like me that make him hate his job". His use of western medications instead of the eastern medications i preferred paired with the information I received from the former vet made me NEVER want to return.

I will tell any person I meet to NEVER go to Boulder's Natural Animal. There are plenty of Great vets and vet clinics in Boulder ( My animal and I go to Petmenders now and are extremely happy with the level of care as well as the staff) give someone else a try

I am a past patient of Boulder's Natural Animal but I am not anymore because of some very serious issue...

The complaint has been investigated and
resolved to the customer's satisfaction
Resolved Boulder's Natural Animal — Inappropriate behavior!

Our 12-year-old cat had Diabetes, a treatable disease, but after four months we had been unable to regulate...

Boulder's Natural Animal
33
%
Not bad, but could've been way better. This company does respond, but not as often as you'd expect them to.