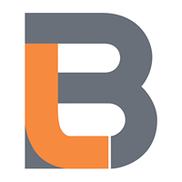 Having problems with Bottom Line?

Billed for books not ordered. Want to return have not paid the bill. No phone number to call or web site...

Received an unsolicited "Bottom Line Yearbook 2009" about a month ago. I e-mailed them that I had not...

Unsolicited - No responce to return

I received a Bottom Line Yearbook 2009 which I did not order. I e-mailed Bottom Line Books customer service stating I didn't order the book and I would not pay for it. I ask for a mailing label to return the book to them a month ago but have never received a reply from them. Today I received an invoice for $31.90 for the book. I certainly don't intend to pay it. It seems this a common practice for this organization. Isn't there some kind of action being taken to stop this fraud. What are a persons options when they are a victem.

I have a bill for 39.02 again this month and I have repeatedly asked for them to cancel me from their list...

I received in the mail, a Bottom Line Book, titled Bottom Line Year Book 2009 that I did not order. I am...

I received a package from Bottom line books - I did not order these books. I remember filling out some information a while back in order to read an article or something of that nature and there was something about offering me some free books but I would NEVER agree to buy something without knowing what it was first.


The books came with a cover letter and a bill.
"Dear _____...the new book you ordered from Bottom Line Books is here!"

There are three of them: TREASURY OF HEALTH SECRETS, BOTTOM lINE'S UNCOMMON CURES, and MEDICAL BLUNNDERS.
It goes on to say that I should make my check for $47.94 to Bottom Line Books.

Can't locate a website or phone number... I don't have the package as it was shipped to my parents house in the states and I live in England.

unsolicited book delivery and repeated billing. no available way to contact them.

I purchased a book once from Bottom Line Books and paid for it promptly.

This past July 08, I received an unsolicited Book from them. Knowing that I didn't order it I retuned the book. It was sent back because I had open the Label/invoice on the book carton. I did not open the carton itself. I have tried in vain to contact them by internet search and by mail to request return instructions. In stead I keep receiving past Due bills for 47.94. I am disabled and have no discretionary income, therefore, I am positive that I didn't order this book. I don't wish to keep it nor can I afford to buy it.

Doing my internet search for this company I found that this is a regular practice for I found a lot of complaints for my same situation on the web.

What can I do to rid myself of this book and obligation? Please help if you can.

Impossible to find your phone number. I received a check $7.99 from
Bottomline Books, [protected]; 010-[protected]. What is this in reference to? I need this verified for valididty before I dare cash it.

I ordered their Mind Boosting Secrets book a while back. Received the book and elected to keep it. Few weeks later I received a bill that listed out as $47.94. I do not remember why it was so much; however, I went ahead and paid for the books and sent a check on July 8, 2008. The check has cleared.

Few weeks later I received another bill for $35.92. This time I was a bit upset since there was no way to communicate with this company online or by telephone. I did not want to play the game of not paying for this since in my younger years I was burnt by standing my ground over $50.00. It was not worth it to do the same thing over $35.92 so I wrote a check on August 5, 2008 for the $35.92.

Hope this helps. I WOULD NEVER BUY ANYTHING FROM THIS COMPANY AGAIN. There are enough complaints on here about this company that the BBB needs to be involved.
.

I sent them two payments in full for the same book by mistake. I would like to discuss it with a customer...

receiving bill for order I did not place

I received books I did not order and I returned them and they send a letter acknowledging that I did not...

did not order ultimate healing

I was sent a postcard, to either order the book Ultimate Healing by not doing anything or send the postcard back if I did not want the book. I returned the postcard but received the book anyway.

I was sent a book from Bottomline Books, which I returned months ago. I am continuously receiving bills from...

I ordered a book from Bottom Line Books (my first mistake) and was told that I had 30 days to view the book...

Received two (02) unsolicited yearbook 2008 with cover that said your FREE GIFT is enclosed. About 3 week...

Another victim here of the unsolicited book scam being perpetrated by Bottom Line Books. Mine came with no invoice, labeled that there was a 'free gift inside' . As I had bought Bottom Line 2007 (not worth the money) it initially appeared the book itself was the 'free gift' for past patronage of the company. Apparently the free gift was a calendar inside but you only knew that if you looked at the various ads enclosed ( in a vain search for an invoice or some other explanation of why you got the book). No phone number to call. I assume the idea was to wait till near the end or after the usual '30-day approval' period that comes with books, then send the bill and when you realized the scam, tell you it was 'too late' and you were stuck with the book. Anyone without access to the internet would clearly be totally stuck - no phone number, no way to contact these folks. Thankfully in looking for a number, I came across the many sites describing this scam and realized I was being 'had'. The only phone number I found on their site - which is www.bottomlinesecrets.com - was their Stamford, Connecticut publishers (Boardroom, Inc., 281 Tresser Boulevard, Stamford, CT 06901, [protected]). However the person at that number provided the ACTUAL contact number, which is [protected].

You call that number and get a long spiel about how if you ordered Treasury of Health Secrets and its been many weeks and you haven't received it yet 'don't worry, be happy'. Don't be dissuaded. That's the correct number. Talk to the real person. Write down the name. As soon as you describe the problem, she (or he) will launch into an 'explanation' of how you managed to be 'subscribed' to something without your knowledge or consent - basically 'when you order from us, we put you on a subscription list for future mailings'. I cut it off mid-sentence, asked her if she wanted the book back and if so to forward
postage, to remove my name from their databanks for all ads, mailing, and sending anything whatsoever. She agreed to 'send a return label', which may take '7 to 10 business days'. I only hope this is the end of it.

My suggestions. Make a formal complaint with the Attorney General offices, consumer fraud division in YOUR OWN STATE (state where damage suffered), IOWA (state where activity is coming from) and CONNECTICUT (state where the corporate responsibility lies. Of the three, I'd especially pursue the one in Connecticut. That's where the 'profit trail' leads. If you're
further embedded in the mess and they're trying to 'collect' for something you didn't order, which seems to be the case with a lot of the comments, send the collection agency and the 3 major credit agencies (Experian and what ever the other two are) a copy of your letters to the AGs. If the collection attempts don't stop, send a letter to the AG's Office about the collection agency itself. Send more than one if necessary. And if all else fails and your Attorney General's office is unresponsive, contact one of the media programs in the larger cities that do special programs on scams that affect a lot of people. You'd probably be doing the public a great favor.

I received a package of books today that I did not order from this company. I called the company and wa...

I recieved a missed delivery ticket from the Post Office, I didn't order anything so I assumed it was a late Christmas gift or something to that effect . When The woman at the Post Office handed me the package which was supposed to contain a book called "Bottom Line Yearbook 2008" from Bottom Line Books, she explained to me that the box had been recieved empty but they are still required to deliver it regardless, in order for the recipient to take action or make new arrangements from whatever company it had been shipped from.
Well the "Bottom Line Is" I never ordered the book in the first place and to make matters worse there was an Invoice attached with a Due On Receipt of Package Bill for $35.90 I was not amused and I will take legal action if they try to collect on this falsely imposed dept.

Bottom Line Books keeps sending their annual book despite notes sent to the on the prior bill. These book...

I ordered this book, Treasury of Health Secrets, but NEVER received it. After awhile they sent me a bill...

Bottom Line
1
%
Doing nothing would be this company's favorite pastime, if they had the energy for it.