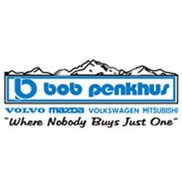 Having problems with Bob Penkhus Mazda?

Use this comments board to leave complaints and reviews about Bob Penkhus Mazda. Discuss the issues you have had with Bob Penkhus Mazda and work with their customer service team to find a resolution.

I took my car in because it was making a funny noise (user error). I dropped it off on a Wednesday evening because I was not going to be around Thursday when it was scheduled to be looked at. I was set up with a tech Wednesday to do a ride along to see if he could figure out the problem. He couldn’t at the time. Around 2pm Thursday evening I get a call about the problem. I tell them to fix it. This is when I was told that the parts for my car would be special ordered and that they would not be in until Monday.

I was blown away. My issue with that is that it never came up Wednesday. They never said that if parts were needed they would have to be ordered, because your car is so new (2017). No one ever said you will be out of a car for about five days. I wanted them to put it back together and I was going to pick it up, pay for the parts that I was told later, were special ordered so I had to pay for them, and take my car somewhere else. I should have!

I received no call Monday about my car. I called Tuesday after 11 am and the service chic gets on the phone and says "Oh yeah, we'll have it done by the end of the day today." I ask her why that would be because she told me Monday. I asked her why no one contacted me Monday to let me know they were not done. She replies, " Let me look at my call log and see, I called this number (my home number) at 3:40pm yesterday." I'm furious now because she says that she has a log saying she called my house and no one called! I say, no, I have a phone log as well and I was at home, you didn't call me. Then she goes into making oh sounds and mumbling about she thought she did and she doesn't know what happened. The kicker is, I gave them my cellphone number and she had previously contacted me on. So… now she lies about calling my home number? She never even said she left a message. Probably because she knew she was lying. She left a message on my cellphone Thursday.

So, not only did they not call me early in the morning Monday to say they didn't receive the parts and would not be done but they lied about calling me. She said the parts eventually came in around 2:30pm Monday. However, she said the car would not be ready until the end of the day Tuesday. That means they knew Monday morning that they weren't going to be able to fix the car and no one called then. Plus, this job should not take all day. What I’m getting is that no one touched my car Monday when the parts came in and they did not start on it Tuesday morning either.

I will never take my car there again unless it has a warranty issue. I took my car in for services such as oil changes and rotations (I drive a lot). No more. I will no longer pass along their name to those who are searching for cars either.

Keeping my car for six days is one thing, however; my major problem is the lie and then the lack of communication. I should not have to call them to chase down my car. They need to get more competent people in there as well. Obviously those that are working in the service department at the desk are overwhelmed and cannot handle the task they are assigned. Lying is not the answer. Had she admitted she forgot to call me I would have been upset but it is different than outright lying to me.

I will have the work inspected by another mechanic because I don't trust them after reading other reviews and the fact that I was lied too over something minor.

Bob Penkhus Mazda
100
%
This... this rating shouldn't even be possible. Not every mother cares about her own children how this company cares about their customers. Perfect!