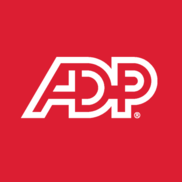 Resolved taking more than I owe

I have been paying off a debt with garnishment through ADP and they have over charged me more than $8, 000 which they now have now record of ever having a garnish for me for that amount. Business owners beware of what you are doing to your employees before choosing this company!!!

If only I had read this site before deciding to go with ADP. As a small business owner I should have investigated ADP.

We signed on for payroll and 401K services, what a mistake! Attempting to speak with a "specialist" is futile, their record keeping is inept at best and dishonest at worst. Fees are not fully explained when they are "courting" an account. Today, no Fed Tax taken from employee's pay. It is two weeks since funds were transferred to our new 401k account, but funds have not been allocated and records are incomplete.

They are excellent at "lip service, " but when it comes to straightening out a problem they have caused they are not available. They were to debit my account for taxes returned from another payroll service and now (even though I have a letter stating this would be done) I am left in trouble with the IRS because these taxes were not paid.

Please save yourself the headaches we are experiencing. Choose another company, but investigate before signing anything.

I have a court order which clearly states that my Child support will be paid as a garnishment to my ex-wife on the day that I receive my pay. We recieve our pay on the 1st and the 15th of every month. ADP has decided to ignore a Cook County Court Order because it relies on a an Illinois Child Support guideline which states that they have 7 days to pay Child Support. So, ADP has decided that this is their policy, regardless of what the court order states, and therefore is making interest on everyones child support payment, by with holding it for 7 days.

I have now moved to Texas, while my ex is still in Illinois. The Texas guideline is 14 days. So, now my ex's child support stays in ADP's hands gaining interest for 14 days.

On August 31st, they decided not to garnish my wages. I called their helpdesk and spoke to "Mike" in Bangalore, who gave me a ticket number. I worked through my company to ensure they do not withhold my child support as I will pay her directly. 29 days later I get a call from "Mike" who quotes me my ticket number and informs me that they are going to withhold that Garnishment on the 15th of October. I explained to them, in a rather harsh voice that if I waited for them to do what they were supposed to do, I would have been in contempt of a judges order for 45 days. I explained that I already paid them and by no means am I authorizing them to withhold an additional child support amount. I have a feeling that they will make a double payment on 10/15.

Why hasn't there ever been a class action lawsuit on them and their actions. It is clear that thier actions are unethical (withholding my money, against a judges order, to gain interest.) It is clear that they are not following the Circuit Courts orders.

ADP took $169. a week for child support and failed to send it to the agency for 2 weeks. My husband is now in arrears and ADP has not sent to agency or returned it to us. I went and payed the arrears and now ADP is taking #253. a week for it

This company takes no responsibility for their mistakes. We had an employee move out of state, and we filled out the approproate change of address form. Well, ADP never took state taxes out for the employess new home. Apparently, we were supposed to know (psychic?) that there was another form to fill out. The web site never prompted us to fill anything else out. Now the employee has to pay a penalty. DO NOT use ADP. You may as well do payroll yourself since either way you will have to assume liability.

ADP is absolutely the worst payroll company. We fired them in 2005 because they could not fix the mistake...

Automatic Data Processing [ADP]
21
%
Not bad, but could've been way better. This company does respond, but not as often as you'd expect them to.