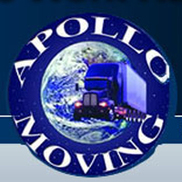 Having problems with Apollo Moving & Storage?

Our moving and storage experience with Apollo Moving and Storage in Santa, CA was absolutely horrible.

We would not wish this company on our worst enemies. The entire move went wrong in so many ways. Ultimately, it all came down to what they promised and what they failed miserably to deliver. The owner is a smooth talking guy that will tell you anything you want to hear to secure the job. He promised a careful move. He promised that his guys would take good careful care of our belongings. He promised that fragile and high-value items would be carefully packed. In addition, he also promised that we could store our things longer than our initial commitment of 30days as long as we paid for the additional time.

We were doing major construction at our home so we hired Apollo Moving and Storage in Santa Ana, CA to pack and move our belongings to their storage for 30 days and to bring it back when the construction was completed.

Here are the areas that went horribly wrong with Apollo Moving and Storage in Santa Ana, CA.

1) PACKING: We paid for them to professionally pack our things. When they showed up to pack, they did a horrible job. Almost every box was marked incorrectly so it was a nightmare to unpack when they brought the boxes back. We had many items that outright broke from their so-called professional packing. When they were about 75% done with packing, they told us that they had no more boxes. As a result, many items that were supposed to be packed were not including valuable glass pieces, artwork and other fragile items.

2) INITIAL MOVE: They showed up a hour later than when they were supposed to arrive. Once the move started, we were constantly communicating with them to be more careful. They dropped a cabinet right in front of us. Almost nothing was shrink wrapped including the items we were begging them to wrap. The movers just acted like they didn't speak English and pretty much ignored most of our requests. We even watched them tear up our sectional couch as they were forcing it out our sliding glass door. When they took things out to the truck, they thought nothing of just scrapping furniture pieces and such along the floor of the truck. Walls were damaged in our home and the carpet was trashed throughout the day.

3) STORAGE: Our initial commitment was for 30 days. When we learned that our construction would not be completed by then, we called them and told them we would need an extra month. When we got the original quote from the owner, I made it absolutely clear to him that we might need to extend the storage. He said no problem and that we just needed to pay for the extra month. To our complete surprise and dismay, they would not extend our storage. They said that they needed the storage truck for someone else. Our begging and pleading with them fell on deaf ears. The owner was completely belligerent and spoke to us in a way that was completely unacceptable. Basically, we had no carpet on the ground and the home was not ready. They told us they didn't care and they were just going to dump the stuff in our garage if need be. We gave them 12 days advanced notice and it was not enough. They put us in an absolutely horrible situation and they point blank did not care.

4) MOVE BACK: Pretty much the same story as the initial move out. They were late again. Only three guys showed up and it took them until 7pm at night to unload the stuff. I have never seen movers move so slowly in my entire life. Because we had no flooring and our construction was not completed, they had to set things in our garage and on concrete. We kept a list of things that came back damaged and it was a long list including severely scratched up furniture, broken vanity mirror and stand, fine porcelain decorative items, torn leather and fabric furnishings and etc. At the end, the movers were so lazy that they didn't want to unpack everything even though it was in the agreement. Out of frustration, we just asked them to unpack the kitchen and leave. When they were leaving, we provided in writing that there was a lot of damage and that we would need a claim form. They said they would get it to us.

5) FOLLOW-UP: I have contacted them three times about the damage. There is no response. I suspect they will not respond unless we file a complaint with the PUC or the BBB in California.

If you're thinking about using Apollo Moving and Storage in Santa Ana, California, we think you should think twice. Our experience was truly horrible and the owners did nothing during and afterwards to make it right. In our communications with them, it was clear that they didn't care a whole lot about customer service or even doing the right thing. Not allowing us to pay and extend our storage and to bring our stuff back to place our things in the garage and on un-floored concrete was not the right thing to do. And to ignore requests for a claim form regarding damage is just icing on the cake.

Apollo Moving & Storage
Doing nothing would be this company's favorite pastime, if they had the energy for it.