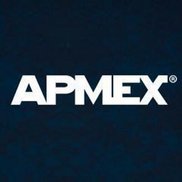 Having problems with APMEX?

ComplaintsBoard.com is not affiliated, associated, authorized, endorsed by, or in any way officially connected with APMEX Customer Service. Initial APMEX complaints should be directed to their team directly. You can find contact details for APMEX above.

Use this comments board to leave complaints and reviews about APMEX. Discuss the issues you have had with APMEX and work with their customer service team to find a resolution.

I will start by saying I am a veteran precious metals investor who had been an APMEX customer since December...

I had put in an order but the APMEX system will not take ACH or personal checks.So I called and they said it needed to be an Bank wire and it could not be a personal check (lie # 1). So I went to my bank canceled the ACH and called them asking if they would cancel the order. They said I would be charged "fees" for the canceled order even after I explained I needed the money for medical expenses that arose over the last week. Then they tryed to take funds from my checking account (see lie # 1) He said they will take me to collections. What wonderful customer service!!!The items have not been paid for or shipped, all they need to do is cancel the order.

I placed an order on a Saturday night, and chose to pay by wire transfer. I was given an account at JPMorgan Chase to wire funds to, so I immediately set up the wire transfer with my bank. The wire was sent at 11am on Monday, which was the next business day. By 4pm, the funds were wired back to my account minus the wire fee, the returned item fee, and the return wire fee. I called APMEX to confirm the account info that they gave me, which was documented on a confirmation email, and was told by their rep that they changed banks that day. They then preceded to give me the new bank info without an apology, and asked me to re-wire the funds. I complained that I lost $58 in fee due to their failure to notify me of their change in bank accounts. The rep said he would speak to a supervisor and call me back. A day later, I emailed the rep just to remind him to speak to his supervisor. I heard nothing. I submitted a complaint in writing on their website. The next day, I get an email with a $25 gift certificate. No apology. No explanation. I responded to the email and explained that I can provide documentation that their mistake cost me $58. A day later, I get another email telling me they voided the prior certificate and now issued me a certificate for $50 towards a $3, 000 purchase. Again, no apology or explanation. This company takes no responsibility, and is uncommunicative.

BOUGHT SILVER FROM THEM 2ND PURCHASE FIST SMOOTH NICE OTHER COMPANYS PRODUCT. PURCHASED THROUGH THEM THIS...

I bought more than $5000 of silver coins and rounds, they sent all Canadian "BU coins" in crappy condition : circulated, used, dirty and finger printed !!

They charge and ads the coins as BU condition ...not even close !! I can get that kind of junk coins in my local shop for 20% less, no S&H fees and no waiting time !!

They bet you won't complain a bit !! Bunch of useless and dishonest people they work out there !!

Watch out guys, APMEX is a pure old fashion scam !! I pay a $4 over the spot price to get cheap and valueless coins !!

I may pay a little more but EBay is a better option ...or find a honest dealear, I am done with APMEX !!

Apmex.com — They sound friendly, but are very unprofessional and provide zero customer service

They SOUND friendly, but are very unprofessional and provide zero customer service. They held my check for 8 days, telling me it didn't arrive, then would not ship my order until 11 days after my check had CLEARED my bank. They would take no responsibility whatsoever for their screw-up, leaving me with no way to secure my order before I left the country for several months.

There's lots of places to buy precious metals - give these guys a miss!!

APMEX
33
%
Not bad, but could've been way better. This company does respond, but not as often as you'd expect them to.