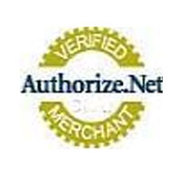 ComplaintsBoard.com is not affiliated, associated, authorized, endorsed by, or in any way officially connected with Ammo-one.com.

Ammo-One.com — There is no guarantee that what you see is what you get

I recently visited a web site called ammo-one.com owned and operated by a Mr. David Call.. Based on the...

Ammo-one.com
Doing nothing would be this company's favorite pastime, if they had the energy for it.