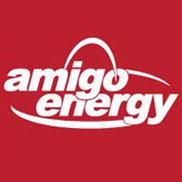 Having problems with Amigo Energy?

Well, I got two bills for $350 for my home. The bill was for one month and I called to say they sent to different bills for the same month.
Nope I had to pay both bills.
I asked why so high and it turns out, its just a estimate bill and not from the meter.
The turds just guessed how much I owe and sent me two bills, the same amount to the same timeframe to the same house and I had to pay both of them.
I refused and I have no power.
I did complain and they just hung up on me. 'find someone else to powere your damn home."
Im warning you guys, dont do business with them theyre ###s.

THE DAY PUC APPROVED AMIGO ENERGY'S LICENSE TO SELL -IS THE SADDEST DAY FOR US THE CONSUMERS ! THIS COMPANY NEVER LIVED UP TO ITS PROMISES, SENT SEVERAL EMAILS (10/14 & 10/14/08-UP TO DATE-ADVERTISED 24 HRS REPLYS
LIE, WROTE THE CEO/NO REPLY, -HOW CAN A COMPANY LIKE THIS OPERATE & NOT PENALIZED W/PUC ? DUE TO HURRICANE IKE 'S DAMAGES SCREWED OUR BUDGET, AM ON FIXED INCOME
HUSBAND BEEN OUT OF JOB FOR 22 MTS NOW.
PLEADED FOR AN EXTENSION OR EVEN DEFFERED
BILLING-ANSWER WAS A NASTY nO- WILL CUT THE
POWER IF NO PAYMENT ASAP ? EMAILED A BLISTERING COMPLAINT TO PUC, PLS DO NOT RECOMMENT THIS COMPANY TO FAMILY/FRIENDS
NOT EVEN UR WORST ENEMY. AM SO MAD & UPSET
CAUSE DID NOT HAVE TIME TO CHOSE OTHER
PROVIDERS DUE TO SHORT TIME, WAS W/ RIVERWAY-ANOTHER LOSER, SO PLS SPREAD THE
WORD-THIS COMPANY HAS RUDE CUST AGTS, VERY
SYMPATHETIC & UNCARING ..BBB & PUC HAD BEEN
ALERTED, & HAVE FINISHED LETTER TO HOU CHRONICLE.

Amigo energy is terrible. I do not know how they are in business.Not only, did they raise rates from .11 to .24 in a span of 2 months, We do not live in the city limits and they have been charging us city sales tax for over a year. When I realized what was happening, we immediately switched but also contacted them. They said they were not doing anything about it and a final bill had been sent. I had tried contacting them several times before and was always told someone would call me back. That never happened. I also sent numerous emails. I have filed a formal complaint with the PUC. I also have emailed all of the news media and the VP of AMigo. Someone needs to bring attention to this crooked company. We withheld less than 30% of the final bill until someone would call us and tell us if they owed us or we owed them. Instead not even a week after we made our final payment, they had some creditor begin to call. I encourage all of you who are having trouble with them to go to the PUC, the BBB, and email the vice president and the media!

I purchased a house in dallas Jan 08' I have been living in California and payin a mortgage and rent until I was able to move here wtih my job. I get here Aug first to realize that my utilities have been changed from NPC to Amigo. I called amigo they say they sent me emails and called me but I never received any notification from them other then an oustanding invoice. They are charging me 24c a KWH!! $800 folks and I have'nt even been living in the house!! These guys will not get one red cent out of me. I switched to Star Tex 13c for 2 years and did the out of cysle reader so they can switch earlier. Amigo are gansters and I am reporting them to the Better Bruerau of Businesses and filing a complaint with PUC. How dare they those low down money grabbers!!!

If you're reading this chances are you were one of the thousands of former NPC customers switched over...

After I was switched to Amigo from National Power company they charged me an outrageous charge of .2469 per...

no bill, no access to bill on-line, lied to by employees

First someone came door-to-door in my neighborhood promising a lower rate than I had been getting with National Power Company. I signed up. Then when I hadn't received a call within 3 business days to confirm my change, I called Amigo Energy. I was told that I had already been switched from National Power Company because they went out of business and that my rate for that month was WAY, WAY more than the rate I had with National Power Company. They said they would put me on a lower fixed rate, and give me a $75.00 credit on my next bill. I was told that I would now be able to go online to pay my bill, since the account was now "set-up". I have not been able to "pay on-line", and have not received a written bill from the company. I have talked to several of their representatives and get a different story each time. I would like to pay my bill, have a choice in my company, and be able to choose the rates and not be "Blind-sided" by an outrageous bill that is at the HIGEST RATE in TEXAS!!!

Amazing - I have never seen such a ripoff - I tried like everyone else to get a bill or rate from Amigo...

I just received my bill from Amigo Energy after being involuntarily switched from NPC. The first bill never...

The company overbilled and lied about it. Amigo attempted a verbal settlement amount and when I demanded a...

Amigo Energy
0
%
Doing nothing would be this company's favorite pastime, if they had the energy for it.