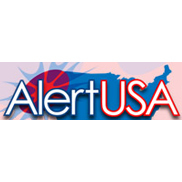 Having problems with Alert USA?

After satisfactory service from this company for 2 years I am very upset with their cancellation policy I...

This company provides emergency telephone alert units for the home. I have a problem with a new unit that their "customer service" department refuses to exchange or correct. This leaves my 85 year old father alone with no emergency unit. Calls to their help line go unresolved. Requests for a manager or supervisor go unanswered. Nobody seems to care or be willing to correct the problem. Any suggestions?

On February 2007, I purchased two emergency response monitoring systems from ALERT USA each at a cost of $325...

Letter to ALERTUSA...no response: I became a paid subscriber to Alert USA in October of 2007. Each month when I check in (according to the company directive), I have always had a response from AlertUSA. Sometimes it takes three or four minutes, but still…an answer to my call…until this month. On August 1 I waited and waited and then tried a second time….but nothing. I gave up, and went back two hours later. This time I did get a response; however I am very concerned about that first call. What if I had been seriously injured or had been experiencing a heart attack? I could easily have died waiting for help. I did call the 800 # afterward and talked to David, but I wasn’t satisfied that you would be made aware of the problem.

This is not the first time I have had cause to wonder about AlertUSA. Not once, but twice, my friends and relatives have received the alert call from your company when I was in no difficulty at all. The first time, I was in my winter coat getting into the car. The second, I was in my kitchen cooking. Is it possible I could have pushed the button inadvertently? Of course. But twice? And was it possible that a call had really come from some other client desperate for help?

I am paying a considerable amount of money, in my terms, to gain the security you offer, so I’m sure you’ll understand that my family and I are beginning to wonder if we should contact another company. I would appreciate some assurances that these incidents will not be repeated.

Alert USA
0
%
Doing nothing would be this company's favorite pastime, if they had the energy for it.