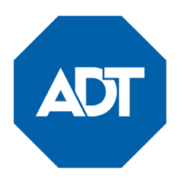 Having problems with ADT Security Services?

In September of 2006, I received an expired ADT refund check. By the time I received this check (which was sent to the wrong address by ADT) it was no longer valid, so I proceeded to contact ADT to discuss the re-issuance of this check. I was advised that I would need to send the check back to ADT, and upon receipt, would be issued a new check. I scanned a copy of the check and proceeded to send it back to ADT. After a few months, I felt as if I had waited long enough for the check, and proceeded to contact ADT to follow up on the missing check. Upon speaking to ADT, I was advised that the check had not been sent out, but that a new check would be sent immediately, and would be received within 7 to 10 business days. Still having some faith in "the system", I waited a while for the check, thinking that ADT's processing department(s) were just slow. After months with no check, I contacted ADT again, inquiring about the status of the check.

This time, I was told the check had not been sent, but was assured that it would be sent immediately, and that I could expect a check within 7 to 10 business days (yes, I'm a sucker). Again, I waited for the check, which I never received, and contacted ADT again. This time (April 23 - nearly 8 months since my original request for a $100 check re-issue), I was told that ADT Kansas City would have to handle the check issuance. The folks at ADT Kansas City told me that they didn't know anything about it, and that it would have to be issued by the refunds department. At this point, I requested to speak to the Service Coordinator of the Kansas City ADT (who has been the only competent and helpful person I've met at ADT in the last 6 months). She began wandering through the web of lies woven by ADT and seemed to discover what I had known all along - ADT was trying to screw me out of 100 bucks. She was able to contact one lady who claimed the check had been sent to Missouri collections, and that there was nothing I could do except logon to the Missour Unclaimed Property website. This was not true, as the monies owed by ADT were not listed on the Missouri website. Gerry found another person to contact, and conferenced me in on the phone call. This person (I believe in a tax or refund department), told us that the check had been sent to Missouri unclaimed property as well. I refused to believe that this was the case, and proceeded to call the state of Missouri to discuss my dilemma. I was told by the State Treasurer's office that assets are not typically sent to collections until they have been inactive/unclaimed for more than 5 years. In my case, it had been less than a year since the refund had expired, so I began to doubt the story I had been told by ADT. I proceeded to inquire about the unclaimed property process, and was told that most large companies submit a "batch" of assets to unclaimed property each fall, around October or November.

In 2006, ADT had submitted approximately 5000 assets on their unclaimed report, which were manually inserted into the unclaimed property databases by the end of January, 2007. After finding this information, I obtained the contact information for ADT and their refund/tax department, Pamela Runkler (sp?). I then spoke to Gerry (ADT - KC), and told her that I did not believe the money had already been sent to Missouri, but that I suspected it was somewhere at ADT. I gave Pamela's phone number to Gerry, but Gerry never received a response from Pamela. On the morning of Tuesday, April 24th, and appx 10:00 AM CDT, I received a call from Nancy Dollmeyer in the refunds department. The refunds department is who started this web of lies in September, yet I was forced to enter their vicious circle of deceit again. This time, I was told that I should have received a letter from Legal on my initial request, which would have to be returned to ADT before a check would be re-issued. I advised that I had never received a letter, nor had I ever been told by the Refunds department that I had to do anything except wait for the check. This time around, Nancy told me that I would have send a form into the Tax Deparment, requesting that they release the funds (which were placed in queue for release to Missouri Unclaimed Property in November of 2007), so rather than simply sending me my 100 bucks, they told me that I would have to buy a stamp, send them a form, and then wait up to 60 days for my money. If (this is a huge "if") they truly do what they say, I may actually have my 100 bucks by the end of June, 2007.

Now, if this is how a company treats a small matter (such as a $100 refund), imagine how they handle the rest of their business. I would trust the security of my home and my family to a herd of cattle before placing my trust in the bumbling idiots at ADT.

This complaint concerns a commercial install performed for a non-profit organization. After almost six...

ADT Security Services
1
%
Doing nothing would be this company's favorite pastime, if they had the energy for it.