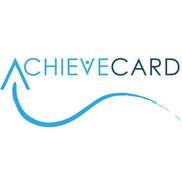 Having problems with AchieveCard?

Dis card came unsolicited in the mail. I had activate it to see if it was credit and it didnt work and kept declining. A few months later I hit them up about what the card is used for and they told me I could avoid check cashing by using direct depoist. My card had a starting balance of -$30 and they robbed me for 2 monthly fees and an activation fee. After speaking 2 a supervisor after my 3rd time calling, they revers 2 of the fees. The card doesnt always work. It charged me duplicate bill pays, and they keep authorization holds on my account for months. I do not reccomend ths card. I would reccomend bank freedom which doesnt have a monthly fee wth direct deposit, or some other card that has 24x7 live customer service. My bank freedom card never has issues like this one.

This prepaid card is a fraud from top to bottom. Stay away. First I see Ryan Thomas replied on here, he work...

I recieved a call saying Ihave won a mastercard with 100.dollars on it .I recieve the card has no money on it. I call them they say, but A 100.Dollars on the card will give you 5, 000 points so you can use it toward nice gifts. so I put A$100. on it 8/28/10 went to the gas station the very next day.put $15.88 in my ford focuse.then went to walmart got a couple of items handed the cashier the card, she said there is no money on the card, I am so upset. I just cannot believe I got scamed like that, I have a reciept where I put A 100. on the card have any ideas how to help me. please my email is [protected]@gmail.com, please give me some answers. thank you for listening.

We recieved an Achieve Card in the mail. Which we did not apply for. With all the lowlifes out there trying to steal your identy anymore you have to be so careful of every offer that wants access to any of your personal numbers. Now you have these new scams where the thieves stand on the fence so to say. Sort of the old bait and switch. They make the offer seem like it would just make your life so much easier. But, like we have all heard, if something sounds to good to be true, it isn't. After eyeballing the Achieve Card offering, it just sounds to much like a bunch of snakes trying to get their hands on your money and staying one step ahead of the Federal Government.
The only access I feel would be fitting for this bunch would be some prison love. If you really want any kind of cards, use your brain and go to your own bank.

will not give you your money back

Some company in indonesia stole over 2200.00 off my card in one day in various dollar amounts. I called achieve card immediately to report it they told me to fill out a dispute form and then denied it several days later and said they would not give me my money back because the company that ripped me off had my security code on the back of my card. Well they would have that if i ordered online before and someone stole my information. This is a consumber rip off because banks are suppose to protect the cosumer of ripp off such as this. This was clearly a fraud because the company who stole the money have no name, no phone number to call just where it was from. Achieve card should not have let these fraudulent transactions go thru on my card and should do more to protect their card holders. I would tell anyone do not get this card because if someone uses your card they will not give you the money back.

security breech in my mailbox

These idiots sent me a card in the mail without my ordering one. Not just a little fake plastic card, but a real, ready-to-be-activated prepaid credit card with my name on it. The activation sticker practically advertised what the PIN was.

I was not expecting this card. If it had been stolen in the mail, I never would have known. Because it was a prepaid kind, I know that means an account couldn't have been racked up in my name directly, but that doesn't mean harm couldn't have been done. Prepaid or not, that was a card attached to my name, my identity, and my personal information. The fine print on the back made it clear that if it was used at all, I would be on the hook for their entire terms of service, meaning fees and whatever else. Who knows what other personal information of mine some fraud could have gotten to through them?

Seriously, seriously STUPID and DANGEROUS company, if this is standard practice. Don't touch them.

I thought i was finally getting to use a reliable prepaid/Debit mastercard by setting up direct deposit but...

When they sent me the card, there was no disclosure in the envelope, so I had no idea when I loaded the card...

This company solicited a debit card with a fee. I thought I was signing up for a prepaid card and activated...

AchieveCard
0
%
Doing nothing would be this company's favorite pastime, if they had the energy for it.