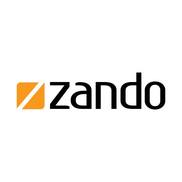 Having problems with Zando?

This is the MOST frustrating company to deal with!! I have sent numerous emails and have tried to phone them...

I ordered two items from Zando on 29 November, and I have still not received it by 11 December, almost two weeks later. This despite sending them three emails and calling their helpline, where I had to hold for thirteen minutes before someone answered the phone. I was told I would receive the items by the next week and I am still waiting. To date, NO ONE has replied to the three emails I sent. I will not be ordering anything from Zando again. They clearly have no idea about customer care. From now on it is Superbalist for me all the way - they are efficient, quick with deliveries, keep you up to date constantly and their refunds are super-fast.

Their customer service is really none existent, you on the line without getting any answer from the other side... I really don't see the use to complain because nothing is ever being done with their pathetic customer service...a year later and still no improvement on my last complaint...thinking of rather not ordering anything anymore because assistance is not available...getting robots i think will provide much better services than this...

incomplete order and no refund

I am disgusted by Zandos absolute disregard for customer service. They want to run massive black Friday and...

Placed an order on 27/11 and was advised the order would be delivered on 3 December. When I called them on the 3rd I was told it would be delivered between the 3rd and 5th and that I am unable to track the order because there is a problem with their tracing systems. Called twice on the 5th was placed on hold for 30min at a time and then the call cuts off, still no delivery. Phoned on the 6th waiting 20 min and was then told item hasn't even been shipped yet!! It might get shipped today and received tomorrow or might get shipped on the 7th and received the 10th. Useless customer services, no response to emails not even a courtesy mail to apologize for the delay. My daughter used her savings to purchase the item and is now concerned that Zando has just taken her money with no item!! Disgusting

So on the 28th November, I order and paid for 2 items with Zando, the system did say that there was a backlog from BlackFriday (But this note was only mentioned after I had paid ) . I was well aware that the order was going to take more than 5 days but what I was not aware of was that 6 days later my order was still going to be in " Order is being processed"which is the same status it was at 09:34 on the same 28th Nov.

I c called the call center more than 5 times and no one picks up, on these occasions I had to hold for more than 10 minutes, I have sent an email to the service department and got no response, I went on to send to the complaints department and that did not help either .

Judging by these reviews, I shot myself on the foot by not coming here before placing my order

All i want right now is my refund, and no do not give me credits on your website, I will no longer be buying anything, I'll stick to superbalist . I want it to be refunded to the card used to make a purchased ...

I placed my order on 23 november 2018 and I have still not received it. I have sent emails and tried to call but no one replies. Please can you either refund my money or let me know where my order is. My friends who placed their orders on the same day have all received theirs but I havent even had the decency of a response and I do not know why you bother with your customer care line as this doesnt work or else you dont have anyone manning the lines.

no delivery and poor service

An order was placed on the 24th of November the payment has already been made and I have not received it yet.No one answers the help lines it rings for minutes and no one has the decency to at least reply to the multiple emails being sent. You're sitting with people's money and no products are being delivered. It would be much appreciated if you either refund everyone or at least tell us what is going on and we don't want excuses like influx in Black Friday orders or load shedding. We want the truth in future don't have sales you can not keep up with it.

I bought a shoe and they delivered the wrong size to me. and i was told i would receive it before Friday...

Zando you becoming the worst online shopping service providers. Competition is tough you better pull up your...

I order 4 pairs of shoes. Paid a lot of money for it. The said I will receive my order between Friday and tuesday. It's already Wednesday and I haven't received anything yet. Nobody respond to my emails. I need the shoes today and haven't ever experience such service with any online shop. When will I receive my shoes because tomorrow is a vacation day and I need it today. This is very dissappointing.

I had ordered an item from zando. An email was sent to me to state that the item would be delivered between...

I ordered a pair of shoes online and made payment within the specified time frame, when I queried a week later about delivery I was advised the order was cancelled due to them having the last one which was damaged. I was credited. The item was again in stock on the website which I used my credits to purchase it and yet again after a few days the item was cancelled again and a credit was automatically applied. Nobody informed me that it was cancelled and why it was cancelled. Shortly thereafter the item was available on the website. I was given a r100 voucher for the inconvenience because there was a delay in "delivery". That does not make up for the pathetic service I received.

Is anybody intending on ever getting back to me regarding my refund for order number [protected]? Your return...

I ordered a Soviet Jeans from Zando - received the order on Monday. The jeans is too small - i logged a...

no delivery but pament made

On the 29/11/2012 I placed an order from zando, I haven't received any kind of communication from them up until I logged a complaint to hellopeter that's the only ti'me I got connection via cellphone, which I was contacted by the lady called roxanne sampson she asked for proof of payment of which I sent on the 22/12/2012, I then again sent her an email on the 28/12/2012 after a week of silence, she called stating that they will do a quick delivery that very same week, up until now I haven't heard anything from them. At this point in ti'me I don't want anything to do with this company I just want my money back period, i'm highly annoyed with such pathetic service.

I ordered some items for the first time vide Order# [protected] from Zando site which were reportedly shipped...

Zando
0
%
Doing nothing would be this company's favorite pastime, if they had the energy for it.