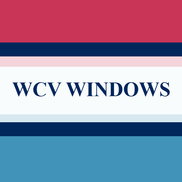 I work for west coast vinyl and I know for a fact that they resolve any issues a customer calls about. And as for the "shady" door to door people, they actually do recieve training before they just "throw them to the wolves." Perhaps you should try to get penguins over priced windows, oh wait you cant because they are out of business. WCV is a gret company to work for, and i know they do great work.And if something is done wrong they do come out and resolve the issue.

Purchased windows and a french door in April 2010. The installers complained about how they didn't get paid enough, didn't bring the right supplies and left before the job was complete. It took 8 service calls and 2 new french doors before I finally today over a year later have a door that doesn't leak. Now it is hard to open and close and has cut weather stripping that is going to require another service call and more time off work. The installers for this company are unprofessional, customer service does not return calls or live up to the promised delivery time frames. Even when you talk to the plant manager in Tacoma you still don't get a return call as promised. Can't warn people enough not to buy from West Coast Vinyl or Codel Entry Systems

Got three calls from the bozos while having dinner with my family. They are telemarketers from West Coast Vinyl. I answered, and the caller wanted to confirm an appointment to have vinyl windows installed, ...don't know what the hell she is talking about. Apparently, they have a history of deceptive canvassing like that. From what I've read, they've been investigated by the Washington State AG for complaints of poor workmanship and deceptive practices. The owners are Jamie and Steve Keirstead. Give 'em a ring and tell them to knock it off.
Jamie [protected]
Steve [protected]

I read all the complaints against West Coat Vinyl and should have heeded the warnings. The one good thing is that the windows have a lifetime guarantee on the. Trust me, the second anything goes wrong I will be hounding them.

The sales pitch was that they will come in, replace the windows and replace any trim that needs to be fixed. They replace the windows alright, but the trim... Rather than chip away at the window sill so the windows could slide in from the outside, they installed them from the inside, resting them on the inner window sills. I was assured this would be the least intrusive and best looking way to install the windows. Since they did this there was a lot of exposed bare wood on the outer sills. "Don't worry, we'll clean that up." was what I was told. Then they trimmed out the exterior using MDF (trim used for indoor use only) and it looked terrible. I made them fix it. They did a worse job. They then had the nerve to tell me that they are "window installers, not trim experts."

After a few weeks of getting nowhere with the installers I filed a compliant with the home office. They sent another guy out who shook his head and said the windows probably needed to be reinstalled. The original installers covered all the weep-holes on the windows since they installed the windows from the inside. SO, they come back out, refuse to reinstall the windows, but say they will trim out the outer sills and fix the weep hole issue. I agreed to this reluctantly because reinstalling would have involved redoing the inner and outer trim now. They did an okay job, certainly no worth the $9000 I paid them to do the job. Not only that, but upon painting the outer sills, they didn't even caulk them to seal them against water. So, I have guaranteed windows with trim that looks just okay and a huge headache to boot. The whole reason for going with these guys is so I didn't have to deal with all of it.

A word to the warning: the installers are paid by the job, not the hour. They will rush and cut corners as much as they can. I knew enough to notice some of the things they were doing wrong. I couldn't imagine what would have happened otherwise. There certainly would have been major water damage over the years.While the windows are alright, I could have gotten nicer windows a lot cheaper if I had done more homework, and my exterior trim would look nice, not just okay.

We bought 10 windows and a sliding door from this company a few years ago. I am still trying to get them done...

West Coast Vinyl / WCV Windows
80
%
Fast & efficient, this company is head above their competitors when it comes down to taking care of their customers! Keep up the great work!