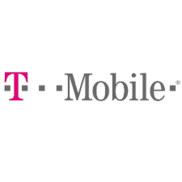 The complaint has been investigated and
resolved to the customer's satisfaction
Resolved T-Mobile — fraud and scam!

I was formerly a t-mobile 'Sales Support Agent.' My job entailed fixing the mistakes of other sales representatives. I worked for the t-mobile client for a year and a half, most of which I hated both my own tmobile service and the service our customers received. There were times when I KNEW the company was 'pulling one over' on people and there was nothing we were able to do about it.

Now that I have moved on from that job I find myself as many other customers are; SOL. I had a dealer line of service that was supposed to be canceled, which it was, however as it was a dealer line of service I should not have had a contract. T-mobile itself acknowledges this but they have already sent it off to a collection agency! No contract, no cancellation fee, right?

Wrong. T-mobile tells me they can't touch it because it's been bought by a collection agency, the collection agency tells me that it's not possible that I had T-mobile service without a contract. I was a rep that would do anything in my power to help out a customer, no matter who was at fault, I only wish I could run into another agent like myself. The sales group for t-mobile over the phone reps were encouraged to sell it and twist what you need to if it gets you a sale.

Reps get credit for sales even if the customer cancels it out so they don't care about letting you in on all the details of 'trial periods, ' that gets too lengthy and messy. Sell, sell, sell! We were held to standards of minimizing call times for Sales SUPPORT calls but we were to do whatever we could to keep SALES calls going. As a former T-Mobile employee (I left the company on my own) and a current T-mobile customer I would NOT recommend this provider. Good luck to all those who suffer T-Mobile.