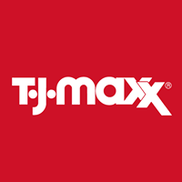 While visiting my college roommate for the weekend we decided to go to TJ Maxx in Plaistow to find items to wear for the evening. We arrived to the store a little after 8 p.m. We had her two children and my daughter with us. I went to the dress section, then home section in the center (picking up two plant stands to purchase along the way) and finally to the shoe section to find shoes for the evening. My daughter was pushing the carriage and the two boys 5 and 7 of were on the back of the carriage as children often do. I went down two shoe aisles to view the selections. In the meantime, I received a phone call and began talking on the phone while looking at the shoes. I saw a short Hispanic woman ( a TJ Maxx employee) come to the aisle. I looked up and she just stared at me. I thought this was odd as she never entered the aisle just came to the aisle opening and stared expressionless at me. I went back to looking at a few different pairs of shoes and I tried on a pair of sandals as well.

Moments later I see a Caucasian woman and the Hispanic lady at the opposite end of the aisle saying something to my 12 year old daughter. I pause my phone conversation and the woman says to me, "Are you shopping in this section?" I reply yes and ask why. She responds she was just asking. I instantly respond, "This is a store, why else would I be in the shoe section if not looking for shoes?" She then proceeds to go on about how she was just asking says she is sorry however, never explains a reason as to why she asked. I instantly felt weird about this entire interaction. I say to my daughter, "Let's go, " and to bring the kids back to my friend who was trying on an outfit for the night. We grab the plant stands and head to the register.
Upon purchasing my items, the whole situation isn't sitting right with me. I look at the time and TJ MAXX is open for another hour. I think about the kids if they were misbehaving and no they weren't loud nor playing around. Just a few steps away from me chatting with my daughter as I looked for shoes. It is now 8:39pm, I asked the cashier to speak to a manager. I have never been in any store and asked that question. I just couldn't process what just happened.
The cashier calls for the manager. As the manager approaches, I am completing my transaction, my daughter says, "Mom, it's her." I tell the cashier to cancel the manager call and I would contact the corporate office with my complaint. But the manager whose name I learned is Ellen Sickle still comes and begins with saying she is sorry. I said to her, "Knowing now that you are the manager I would like to ask, what was the purpose in asking me the question? As if people go to TJmaxx for other purposes than shopping?" I asked if it had to do with the children and she replied no. Ellen explained she was sorry and she shouldn't have asked me that. I asked if that a common practice of store managers to customers. I asked if she needed to do something in the aisle. She says, "yes actually, she needed to move a large load of items to that section." Mind you she was empty handed without a cart in tow, just the Hispanic woman glaring at her side.
I explained that if that was the case, her approach was wrong and seeing my response she should have followed up with an explanation to the question. Why would you be doing inventory at 830 at night when you close at 10? Not sure what TJmaxx practices are for inventory but I doubt this was the case in this situation.

Then to add insult to injury she says, "Ma'am I asked you because you were all over the place." What?!!! Now I am absolutely offended and upset! My indecisiveness and going down two aisles of shoes are supposed to indicate that I'm not in TJ Maxx to shop???!!! I don't understand how my shopping in different sections or being on the phone was even a valid reason for a manager and a store employee to ask if I'm actually shopping.

I finished the conversation letting ELLEN SICKLE know she was rude and her behavior was unacceptable. She said she had already said, "sorry multiple times and didn't know what else to say." I said sorry was not enough and she needed to reevaluate her skills as an employee because she was wrong to even approach me with that question in the first place. The explanation from Ellen and her lack of empathy was astounding. An apology with that sort of justification is unacceptable. I can only conclude that this type of behavior was displayed because of racial profiling!
Ellen was not in the aisle to restock and the Hispanic lady was actually not a deer in headlights but watching me as if I was a thief of some sort. A black woman being on the phone and visiting different sections of the store is somehow an indication of an unusual shopping pattern for consumers in TJ Maxx stores. Ellen said I was all over the place? What does that even mean??? Does that warrant the right for her to ask if I'm shopping in an area?????
Sadly, I questioned my attire which to include I had on a black bodysuit and Bermuda shorts with a small black pouch purse that was thrown on my arm instead of my waist. Where the heck would I have to even put stolen shoes?? Why am I even questioning my attire? Was that an indication of my intentions while in the store or was it used to stereotype me? Apparently, a black woman cannot shop leisurely around TJ Maxx in Plaistow, NH without her intention being questioned!
Why on earth is this behavior acceptable especially coming from a TJmaxx store manager or any employee? I feel insulted and appalled to have experienced this kind of service! I am from Massachusetts and never have I ever had this type of encounter in one of the TJ Maxx locations. The fact that my daughter had to experience this in what was supposed to be a quick shopping trip but ended up watching her mom be unjustly questioned and then having to explain that this experience was based on racial discrimination, stereotyping and prejudice. Is this the type of Employee behavior Tjmaxx allows?!