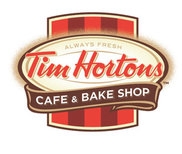 Yesterday we did our weekly visit to Tim Hortons in Grand Blanc, Michigan. We go there at least once a week and pick up an order for my mom in Wellbridge Nursing Home. On that day we were there about 3pm. We ordered a large mocha ice cappe, berry blast muffin, and a bag of chips. We also have them put a pop lid on the drink as she is bedridden. They brought the ice cappe to the window without mocha or a pop lid. The muffin was dry, and the chips look like someone had stepped on them. This was very disappointing to us and my mom. We only get to see her for 1 hour, so did not even have time to go back.

My son Dominique Suggs was an employee at this location and had been for a few months. He worked on average 4 days a week. He was well past his probationary period and a hard worker who implemented the Mass Transportation Authority to get to work most days while attending school. He is only seventeen years old. He was told one day that the register was $45 dollars short and that he was expected to pay the money out of his pocket. I told him that this was not a procedure that legitimate businesses follow and I asked him how many people used that register on that evening and he said three, which was evidenced by them deciding to make each individual pay $15 each in a note that Melissa, the store manager posted on the bulletin board, along with the name of the three employees. I told my son to take a picture of it because it seemed as if she and possibly other individuals were committing extortion. I asked him if they had video surveillance and he said that they did. I also asked him if a legitimate investigation or audit was performed and he stated not to his knowledge. Then they went further and shorted his paycheck four hours and did this continually for two pay periods. I confronted them because after the first pay period they told him that they was taking him off the schedule until he payed his portion. I advised him not to because by doing so he would be agreeing to the accusation and also because if he allowed them to extort money from him they would do it again. I also made Melissa provide documentation of the incident in writing which she did. They ended up reimbursing him for the four hours on his final check in the third pay period and did not pay him for the last two days that he worked. So not only did they attempt to commit a crime they also illegally withheld wages from him that he worked for. I believe this was because he is young and a minority. And I'd they did it to him, they have or will attempt to do it to others. I called the corporate office to file a complaint and never received a response from him. But as in everyday actions, "evil is justifiable of its own". I have retained documents concerning this incident and can produce them on demand as I am submitting this complaint on my IPhone.