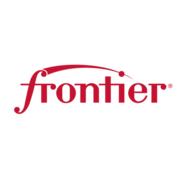 From Settup Date June 18 2021 till Today August 6 2021, 48 days, I have Screen captures of exactly 93 interuptions of valid services.
Router has an effective range of "maybe" 13 feet. With 2 Wireless (Netgear) extender's maybe 21 feet. (Comcast Router, and Then Netgear AC1900 Had Zero Disconnect Drop Service issues in 28 month. Same Location, Same Config) Wifi has Validated Signal, eyt drop's internet at 17 feet and sometimes 13 feet from source. My cameras are coontnuely losing connection, My Alarm system, has log entires at approx 7 drop each day. Frontier sent a replacement router, SAME GENERIC arris in July, yet Nothing was resolved all issue precisted and they REFUSE to Open a Trouble Ticket, and account Showe NO Histry of Trouble ticket. Yet I have a receipt from UPS that shows I Returned the itial router. Along with Frontier Emails that they sent it and received it. Yet You can not reply to the email address. (mailbox full). And I called "corparate office number and a RUDE Bob claiming to be in the"ceo" office hung up on me, and Nver called me back 3 days now.
Comcast NEVER had any issues, other then 100 mb servioce was always 35 to 40 mb...
Calling Comcast Today to have them Reinstall. Over three years ago, Frontier took over Southern California Verizon Cable services. I started calling Frontier beginning in June of 2016 for services; however, Frontier falsely accused me of having a balance with Verizon 7 years ago! I think that what happened was that I order services from Verizon, but cancelled the order. Then Verizon stilled billed me internally in their system only. I never received a bill. But then when I called Frontier; I'm told I have a balance.
I have been trying to get my old 7 year old false Verizon balance to no avail. About 20 years ago; I had a similar incident with Verizon with cell phone service. I closed the accounts and disputed Verizon's false claim of not paying on time or that I owed. It took Verizon 5 years to clear me and sent a letter of apology to me, and have a copy.
I filed complaints against Frontier to clear my account. It finally was cleared on 06/2018. However; I still cannot have services with Frontier; since, it's retaliating on me. I tried it again last month because I'm moving and need to save on services. I placed two order; however, Frontier has red tagged me and will not honor my orders even though a representative too my orders at two separate times. I'm innocent and have 100% record of always making my payments on time. And last month my credit score was 758. It has come down a bit due to a current house purchase. Is there something I can do for Frontier illegally refusing services and costing me high prices due to such refusal! Even Frontier employees complaint about Frontier of such fraudulent treatment. I never experience anybody so bad doing business in Southern California. And when I filed a complaint they lied to the CFPB. And as a disabled senior citizen, Frontier is violating many of my citizens and consumer rights. Thank you.

have a two year contract paying $136.26 at end of first year of contract they now want $183.69 a $47.43.What happened to the two year contract. Do I have any recourse.
Is this a scam that try to get away with because most people do not complain and just pay the increase. Is there a class action suite against Frontier Communications, If so please forward the infomation. When you talk to a rep they double talk you and you get no where fast