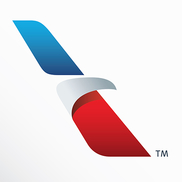 Having problems with US Airways?

Didn't tell me about canceled flight!

I booked a flight to London England to visit my Family and Friends via US Airways online. My flight was booked, confirmed and payed for via credit card, the trip was to fly from my local airport to Pittsburgh - Philadelphia to London, pretty straight forward right? Ok, well yesterday I went online to check my Itinerary again and it was missing my local flight to Pittsburgh, I called them and they told me they do not fly from my local airport to Pittsburgh anymore (damn foreigners) So I explained to them that they did when I booked the flight.

There was no offer to refund any difference either, I had to ask what the difference would be, I then got hung up on, I called back and another 3 times I got hung up on, now I am pissed. I go online and speak with someone on the live chat thing, they offer me a small refund, I told them I want my flightpaid for, I was then told to speak with a supervisor so I had to call in again, waited 15 minutes on hold for a supervisor I can hardly understand (damn outsourcing).

He asked me, would you like me to cancel the whole flight, I told him it was not going to do me any good so he might as well, then he tells me it will be credited back to my Credit Card within 7 - 10 days!, 7 - 10 days? now that is just great, it take them 7 - 10 seconds to take my money and 2 weeks for them to give it back!

Now I am stuck, I have taken time off of work to fly out, my friends and family have taken time off to see me, my money is gone for almost 2 weeks and I have to purchase a flight with another carrier because US Airways are to damn incompetent to do there job. Thanks US Airways, next time you whine and ### your going bust, I hope you suffer and go out of business, maybe you could employee some more of them Outsourced people to run your aircraft and bookings for you!

US Airways
0
%
Doing nothing would be this company's favorite pastime, if they had the energy for it.