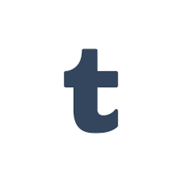 Having problems with Tumblr?

Tumblr reviews first appeared on Complaints Board on Jan 5, 2015. The latest review Terminated accounts was posted on Feb 28, 2021. Tumblr has an average consumer rating of 1 stars from 11 reviews. Tumblr has resolved 0 complaints.

I'm reporting this because Tumblr has some glitch in their system or some problem I don't understand. They had terminated my Tumblr account for no reason and no matter how hard I tried, they didn't give it back. They said they restored it but it wasn't. When I tried creating a new account, they deleted that too. I can't even do anything. And Tumblr support won't respond to problems. This has happened to me thrice now, with my accounts being deleted and I lost all my work which I had done on them. I hope my complaint will get through and this issue will be looked into.

I messaged tumblr several times asking them to delete my account.
They did not respond.
One day i tried to log in to delete the account myself, and was told 'This email does not have an account'. So I can no longer log in.
Except if i google the account it is still live.
This is completely unacceptable.
They refuse to reply to my emails to help me.

My name is Beatriz Carvalheira and I am portuguese.
There is a tumblr profile that uses my name and dozens of my photos since I was 12/13 years old. I have tried to report it dozens of times, but the answer is always that I should own copyrights over my own photos. This is so frustrating and disrespectful. Someone stole my photos and posted and they are all over the internet and they do not care. I can show my identity card if you need, but please help me. I am having trouble finding a job because all the time they search my name those old photos appear. Please please help me. It is simply deleting a fake account. The link is: abeatrizcarvalheira.tumblr.com

I have been on tumblr since 2013.. And now you have taken our right of freedom of speech. This is against everything you were for and it's disgusting. You have banned innocent blogs. We wanted to you to get rid of pornbot and pedo and nazis.. But you didn't.. Just to let you know.. You can and will be sued. You were a place for people to be safe but turned into a monster that killed itself.. You let nazis on your site and by god I hope you see this. You never listen to the people that matter. The people keeping it alive...

You are aware that many people use tumblr to support or link NSFW posts to accounts or patrons. You are literally disadvantaging thousands of individuals who may utilise their artworks as a source of income. I never thought such a developed website would be so bigoted and close minded. How dare you completely delete people passions and artworks. Arworks that inspire thousands of people to go and create and support artists. How difficult would it be to make NSFW blogs and artworks harder to achieve or find. Rather than completely erase many peoples beautiful creations. Hope your happy losing millions of people who believe that your new policies are stupid. Which they clearly are. Let tumblr forever be known as the stupid app that lost all its participants because they stupidly tried to create a "safe" website and completely destroyed thousands of artworks for their own bigoted reasons. Bye tumblr, I can guarantee you'll only be remembered as the stupid app that destroyed many artists beautiful lifestyles and works.

Some [censored]sticks who work for you at tumblr are going around and deleting people's tumblrs without warning. Causing them to lose years of work.

My tumblr messaging AND ask box has been broken for literal years and I've submitted several help desk requests and every single time I do, they refuse to help me and then close the ticket so I can't talk to them any further about it. It's quite frankly unprofessional and unacceptable. I've never submitted a complaint about anything in my life but I see no other option at this point. I don't mean to be rude and I apologize if it comes across that way but I've run out of patience and options.

There's nothing but sexually explicit material on Tumblr, there are several pages and blogs on this site committed to fetishes, short porn videos, and other sexually explicit content displaying nudity and sexual intercourse. Because of these types of posts, I was under the impression that users were allowed to posts sexually explicit material just as long as the content is displaying consenting adults of legal age. But apparently the Tumblr staff selectively enforces a policy that clearly should apply to all users, however it's very clear they don't and seem to only target specific users in applying these written policies they have.

I have been a Tumblr member for a long time now and had a blog there and it was very popular. I had many subscribers and posted stuff almost everyday. I was signed up for only few people and actually never left any comments nowhere except my own blog. That was my life and I shared my experience with others. But then they just deleted my entire blog on which I wasted years!! When I found out about that I was so angry and upset, I was just sitting in front of my laptop and crying! All my hard work was gone. I'm still getting messages from my subscribers and they still can't believe Tumblr did this. Their customer care said something about spam, but I never did anything wrong! I will never use this site ever again! They betrayed me!

Tumblr is protected under some sort of the decency act and Obama. But what does it do to protect the rights of people who are cyberbullied by internet trolls? Cyberbullying is on the rise and Tumblr should should not be protected behind some act that allows it to keep content that demeans others. It's doing nothing!

Tumblr
Doing nothing would be this company's favorite pastime, if they had the energy for it.