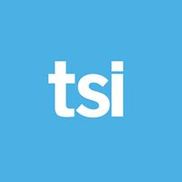 Having problems with Transworld Systems?

They call frequently still, we have seen many complaints fishing us for any information on regards to debt or any information about ourselves. It gives us another name and number to call. We get a kelly may.
The number is [protected], please give us any information to identify yourselves to transworld systems.
It is an automated system, no real people to deal with.

I went to the CVS Medical clinic a few months ago & since then I have been receiving bills from thi...

Transworld Systems Incorporated — trying to collect debt ( I have none)

This company continually calls me and I block them. They change a digit and today my child handed me the...

I became behind on my Military Star Card when my Fiancé got discharged from the military and I lost my job...

In June of 2012, I reached out to AAFES to attempt to pay off a military star card, not knowing it already...

Transworld Systems Inc. sent a letter dated 14 days before the letter received. The letter was addressed correctly and the letter was not damaged. I doubt that USPS took 14 days and believe that they use a false date on collection notices. I owe them nothing. The company, that passed the debt to Transworld Systems Inc as if we owed money, had billed the wrong party. This has been cleared up. However, if anyone else has a false date used and I can help you prove it --- please add a comment. I imagine the Transworld uses it to add fees or escalate earlier.

We have received over 40 calls from this company in the last two months. It is our policy not to answer if we do not recognize the incoming # or party. Finally, thinking the calls were solicitors, I called back. The man who answered did not identify himself by name, used the company name, Transworld Systems, then launched into a rant asking why my husband & I did not answer calls. It took a while to learn that he was attempting to collect for two bills we never received. The company was sending invoices to an address from 3-1/2 years ago, even though they have our current phone & address on file from sending out the last two years of our tax returns. We paid up immediately, in person, to the tax preparer. Transworld Systems is still calling. Their collector was extremely rude, abrasive and accusatory. When asked why they could not leave a message stating the nature of the call, he replied that they never leave messages. Apparently, they don't send anything in the mail, either. Since the collection agency has our current phone #, it isn't a big stretch to look up the address; it is listed.

They tell you that its a need and that it works, for what I saw, no way the "district Manager" earns what they say... that for sure... incredible rotation on their sales people. You have to get a big company, like a lottery in order to earn at least respectable income. Just be carefull because its just not what it seems.

Some of these district manager are uneducated much less to be espectable leaders, their convention in Las Vegas, was in one of the older Hotels downtown, if is such a great company I think they can afford a better accomodations, of course you pay for it any way.

Transworld Systems — Do not use this company

I met with a transworld rep, Brian White to be exact about opening an account today. I meet with several reps a month for different services as a dentist. This was the worst meeting that I have ever had with a sales rep. He was rude, condescending and beligerate. He made statements about he does not do the dont call me I'll call you line when I said I have to check his company's references. Then he went on to say that his meetings run with the dr either doing it or not. I would never consider opening an account with them if this was how they do business. I would not have any patients left! Do not use this company I surely will not!

A year ago I was having a major issue with patients not paying their bills. No matter how nice we were and...

I have already documented his last two calls and have called an attorney. I will pursue this if he calls me again. The funny thing is, that I he will get himself into so much trouble if we have to stand in front of a judge and I show proof of canceled checks!

I should have known right off the bat that this call was no good... blocked number and the egomaniacal voice of a debt collector. I wasn't sure it was a collector at first because he'd mentioned the name of a company that we do business with.

Turned out to be the most insane call ever because I couldn't 100% tell if he was a possible client or a collector, but now I've got a good persona in mind for anything of the sort again. But he called us accusing us of being the other party.

Deposition this, file that... he got the wrong company and now we know something is going on. I can't believe collectors are so brash as to call any company affiliated with them, use a pick axe to dig out whatever info they can and making it clear that something is up with the other company. That's some bad bad business.

Not to mention being such a total *** on the phone, "I'm having trouble figuring out exactly what it is you're asking here." Typical reply, "You see what's not adding up to me here is..." Around and round this went.. Questioning our integrity, my honesty, and our legitimacy.. screw that guy!

Card service international, First Data was notified over a year ago by phone, by mail on their cancellation form and by fax on their form. They continued to charged for six months even after repeated phone calls.

After freezing the credit card they were drawing on they discontinued all contact and never sent the any refund or forms for reimbursements. The only contact has been thru Transworld Systems Inc. in an attempt to continue.

In response I expect a refund of $336 dollars and collection attempts to cease.

Man called was very very rude, asking to speak with my sister who works 12 hour shifts I explained that she was asleep, he demanded I wake her up, when explained that was not a possibility he continued to demand this, when I asked to speak with his supervisor he refused to put him on the phone with me. Continued to be rude until I finally hung up on him. I am not the type of person to hang up on someone way out of my nature.. this man was completely rude. He was very demanding and unreasonable, you should be more careful with how you are approaching people onthe phone . Offered to take a message to tell her what was in reference to, he said she knows what this is in reference to... for the record she has no idea what this was about.

The complaint has been investigated and
resolved to the customer's satisfaction
Resolved Transworld Systems Inc. — Birds of a Feather

Transworld Systems Inc. handles collections for another extremely cheezy employer by the name of Securita...

This is a debt collection company who bought a debt from a company, Karsh Consulting, with whom I did...

After 8 plus hours of so called training (selling their company) they ask for $200 for selling materials to...

I have been a client of Transworld Systems for 5-6 years with mediocre results. I submitted an account which...

Transworld Systems
26
%
Not bad, but could've been way better. This company does respond, but not as often as you'd expect them to.