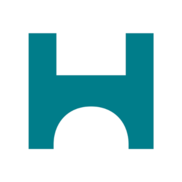 Having problems with The Haebler Group?

ComplaintsBoard.com is not affiliated, associated, authorized, endorsed by, or in any way officially connected with The Haebler Group.

Watchout! Roland is the most proficient white collar criminal I have ever met. He is so confident at this he works at lightening speed. Through my extensive years as a accomplished commercial builder I have never seen anything like this. Roland is extremely ambitious. His ambitious is used to justify and fuel his never ending plight. This are amazing characteristics. The unfortunate thing is the foundation it is built on. "Stealing" Maybe I haven't met enough people but I couldn't believe what a liar this man is. He never quits. He feels entitlement of yours and ever one else's funds. He has no respect. Gauging by how fat he has become I think it is catching up to him. Please let anyone you know who might look to do business with him to watch out. It is really sad Vancouver has gotten so corrupt in construction. The problem is there is no policing over the funds people like Mr. Haebler hold. And when they steal them they simply say anything to hide them.

Watch Out! At present he has 63 lawsuits you can view these at cso Canada. He was given the company to...

Roland Haebler is a very dishonest man. Watchout. Mr Haebler was given the company from his father. From my...

The Haebler Group
100
%
This... this rating shouldn't even be possible. Not every mother cares about her own children how this company cares about their customers. Perfect!