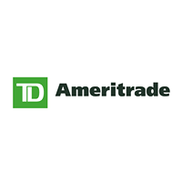 Having problems with TD Ameritrade?

ComplaintsBoard.com is not affiliated, associated, authorized, endorsed by, or in any way officially connected with TD Ameritrade Customer Service. Initial TD Ameritrade complaints should be directed to their team directly. You can find contact details for TD Ameritrade above.

Use this comments board to leave complaints and reviews about TD Ameritrade. Discuss the issues you have had with TD Ameritrade and work with their customer service team to find a resolution.

I tried to open an account over a month ago. I completed the application and overnight express mailed it in along with a certified check. All was received on August 11, 2021. Supposed to take 1-2 days to process. Thought I would be trading by now but no. Account still not open after 2 weeks. Every time I called they need this or that. No one has ever called, emailed, or faxed me anything to tried to get my application processed.

So after several weeks, I requested a refund. After 4-5 phone calls, they claim to have finally put it in regular mail. Untraceable no idea when or if it will arrive. I have no idea that it was even actually mailed as they stated.
I was told previously on August 25th that the check was mailed. If it had been mailed then I would have received it by now. But no, I call back and the check is still sitting on someone's desk.

Why couldn't my funds be returned to me as I sent them? Priority or Express mail. Jonathan Heath one employee that I spoke with promised that the funds would be return to me priority mail. After more than a week no mail. I call back only to find out that it may or may not have went out via regular mail. I am extremely disappointed how they are handling this situation. I expected this company to be much more professional than what has been displayed. Work Item #[protected]

I had Morgan Stanley transfer about $41, 000 in my SEP/IRA to an account I opened at YD Ameritrade. I then closed my account at Morgan Stanley. Then TD Ameritrade closed my account with them for unspecified "fraud" that never happened. Now, after my request that it mail me a check for the amount of the transferred fund, my contact- Monica Kim of the Annapolis, Maryland office- has told me that she can't do anything because it's up to the fraud department. I finally told her to have TD's attorneys call me (I am an attorney myself).

I need my money. TD indefensibly closed my account and is now holding my money hostage:

In January our office sent in paperwork to have funds transferred from the account of Gerald Scharenbroch (acct. #[protected]) to an account of his ex-wife, Doe Scharenbroch (acct. #[protected]) pursuant to a judgment of divorce. More than 5 months have passed, and the funds have not been transferred. I followed up with a letter in Feb. as well. We submitted the required form, IRA Authorization Form To Transfer Funds Due To Divorce, and have not heard anything from the company since.

When filing taxes for my late husband (who passed from stage 4 pancreatic cancer last November 2020) and preparing our joint taxes, I came to the realization the TD Ameritrade sent one of his state tax filings in his disbursement to the wrong state (MI), where we lived over 2 years ago. But they sent in another disbursement and state taxes to the correct state, where we are living (SC). When I called and spoke the a representative from TD Ameritrade about sending me a corrected 1099-R, at first they wanted to prove that I was the executor of my late husband's estate, and then they told me to take it up with the IRS! They admitted that they sent the state taxes to the wrong state. So they told me I now had to file a state tax return to a state we haven't lived in in over 2-1/2 years! That cost me $58 filing for another state through my Turbo Tax account.

It is regretful for a company to be to arrogant and careless to not correct the problem, but instead pushed it off on the widow at her cost.

Any questions, feel free to give me a call.
Laura Lyman
[protected].

I have been trying for over a month to withdraw funds from my account.
The funds were taken out of my account but are being withheld and not released.
After weeks of calling customer service a vice president is now involved. He also is unable to get my funds released. The scapegoat is some unnamed separate bank that actually controls the money but apparently is not accountable to TD A meritrade..
No one seems to care about my problem.

I was a Scott Trade Customer when TD Ameritrade bought them. I did a check of Reviews of TD Ameritrade, 30 of the first 34 that I viewed were negative. I ask them, in writing, to close my account. They invented some kind of Security Question which did not exist with Scott Trade? Eventually after several contacts they said that I owed them money?
You are seeing this because, I just ran across my request for the account to be closed, it was dated in March of 2018.
As far as I know this is the Account #: KMM97964870V62915L0KM (the "0" may be O?)

I used to hop in my car, drive a couple of miles and talk to Michael. Life was good.
Then they closed the office.
The next closest office was a 50 minute drive. But I could call them on the phone and in seconds talk to someone at that office. Life was OK.
Then they closed the office.
I now sit on the phone hearing "We are experiencing longer than normal wait times. The current wait time is 60 minutes."
I can't type in my account number, the phone system rejects it.
I can't get the answer to my question online. I've searched for hours.
My phone has been on hold for almost 70 minutes as I type this.
This is NOT what I signed up for. In the mean time I am losing time, money and patience. At my age, all are precious.

TD Ameritrade — They claim fraud and locked my account

Logged in to Ameritrade and had received approx 4000 thru bank transfer.

In process of transferring to an external bank account and was not able to register account. Closed website and was not able to log in again called customer serviced [protected] answer after 1 hour. Told me account locked due to possible fraud and they would get in touch with me to verify my account. They said fraud dept will call. They have not called back. That's about 7 hours since I talked to customer service.

I moved over $2M in assets from Stifel Nicolas (a full service broker) to TD Ameritrade in Dec 2020 (split...

Really bad customer service - I can't get thru on the phone, I can't get into my accounts i've even sent a letter fed ex overnight and not heard back.
All we want to do is close out all our accounts at current market value.
Using your on line system totally sucks. We were originally with scott trade and we got stuck with you guys and we don't like it.

However TD ameritrade decides to not allow clients to purchase a stock thats on the rise?!?! GME AMC!!! It is my money! Ill buy what I desire with MY MONEY!! YOu are just a goddamn broker! Do what I pay you to do, execute trades! We dont need a babysitter and if I wanted a fund manager telling me how to spend my money, I would hire one!

I unfortunately inherited this [censored]house broker when you gobbled up Scottrade.. I will be filing more complaints! I will urge others to do so as well on all social media..

My husband David Green held an IRA account with Ameritrade. On his death I became the sole Beneficiary. I...

Ameritrade sold off my stocks. They claim I had them on margins. Yet, I did not think so nor did I agree to this knowingly. It was through the Internet. I contacted them. They offered no reasons for this. They admit never calling or e mailing me to warn me. I guess they sold off these valuable stocks when the market tanked on 3/16/20. To me it's highway robbery.

It has is nearly impossible to get through to TD Ameritrade customer service. Even before Corona Virus, the hold times were excessive, and often after 1-2 hours still no answer.

The (former Scottrade) local offices are currently closed and it doesn't matter anyway because once TD Ameritrade bought them all calls automatically get routed to the 800 line. I wish TD Ameritrade would place more importance on providing phone support.

I had a closed account with Scott Trade, when they were taken over by Ameritrade I started receiving email even though I didn't have an active account. Over the past three years I have asked them several times to stop sending me emails. So far they have refused each time offering a different reason why.
I do not have any activity with them and due to their constant harassment I never will.
Is there legal action I can take to get them to stop? Other reputable companies usually stop once they are notified.

I was hung up on by an advisor at 10:06a today. He immediately summed me up as an idiot and before I...

I've had account 12 years plus. Converted from Scottrade. I had a Ohio state lottery win &7, 000.

With the market down I deposited into the investment account. Great time to turn a few thousand into?!!

I figured pay mortgage pay a few small bills take out a few hundred and invest.

I waited for available to withdraw to show in account requested check to myself, electronic mortgage payment, paid a few small bills in same name as in the account... they closed account for fraud. I called customer service they won't speak to me.

They say wait for a letter and...

I could have deposited somewhere else. Why not just hold the check longer? Closed for fraud investigation. My 401k is held with them. $130-$140k in there. No phone call,

TD Ameritrade
26
%
Not bad, but could've been way better. This company does respond, but not as often as you'd expect them to.