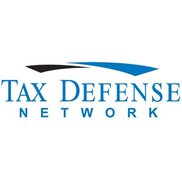 Having problems with Tax Defense Network?

Don't ever hire Tax defense network as your tax attorney. The tax lawyer that supposedly handled my case had absolutely no experience or understanding of the process he was supposed to be an expert. I should have seen the red flags after trying to find about info on my case and each time I called I was passed from one person to the next because nobody knew anything about what was going on with my case or even who I was. I am assuming the work was done by the lawyer they said was handling it, but it is possible my case was handled by an employee with no qualifications and the attorney was just a name and a face for marketing. Either way hiring Tax defense network was a terrible mistake they cost me a whole lot more than just their fee.

I recently decided to confront my looming IRS problems, which I was very hesitant/embarrassed about doing. I chose Tax Defense Network because they had a good Better Business Bureau rating, although the representative was very rude on the phone-I should have ran away then!! He told me I would be facing jail time if I didn't work out my issues-which I found out later was a lie. Once I hired them, they gave themselves power of attorney to sign documents on my behalf which I never approved. This resulted in the filing of papers that essentially make it impossible for you to make any payments or do anything tax wise for what can be years! It was a tactic used in order to prolong the process rather than reduce what I owed. It doesn't matter how much time passes-I will never be able to afford what the IRS says I owe. On top of these worries, I now have years and years looming over my head knowing I'll still owe the IRS just as much when all of this is over. When I called to tell Tax Defense Network about my disappointment they were extremely rude and refused to refund my money. They did not deliver on any of the promises they made and I am an extremely upset customer.

Tax Defense — Ripped me off

I hired Tax Defense Network (TDN), Inc. to help me account for my losses on my 2010 tax return?. They promised me they could when I described my problem before hiring them". They did nothing about my losses and filed a return showing that I owed a lot of taxes!. When challenged, they said that there were problems including my losses; that was what I hired the turkeys for, to correct the problems/.

They left me holding the bag with the IRS and refused to return the $1950 I paid them to determine how to account for my losses (they never made any attempt) and tried to bribe me with $500 and a contract to not tell any one about their negligence, . I refused to be bribed!.

I reported the ripoff to the Better Business Bureau (BBB) of Florida; They claimed an A rating with the BBB as a selling point:. They should have an F rating!

The complaint has been investigated and
resolved to the customer's satisfaction
Resolved Tax Defense Network — Scammers!

Tax Defense Network Is no different than JK Harris or Tax Masters! I was Originally ripped off by Tax Masters With a sales pitch that promised me an Offer In Compromise With no results and an up front fee of 5 GRAND!!

Well guess what. I called JK Harris and got the same answer to my Tax problems. Did not trust it for a second. So i kept looking for a reputable Tax Company. I called TDN and you know what? they told me the same thing as Tax Masters and JK Harris! FIVE Thousand Dollars for an Offer In Compromise that i knew darn well i wasn't qualified for.

Finally i got Help from Dave at US Tax Liberty He didn't try to sell me, but told me exactly what was up. And then told me they can't even quote a service fee until they contact the IRS and find out what can actually be done with my case. His number is [protected] if you still need help.

There is a simple rule to find a good tax help company. If they try to sell you with a reduction right there on the first phone call with that fee right away then STAY AWAY!! Tax Defense Network, JK Harris, and Tax Masters are nothing but SCAMMERS!

Tax Defense Network
67
%
This company definitely cares about its customers and responds to overwhelming majority of complaints.