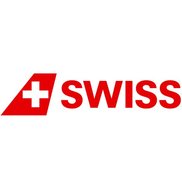 I am the Managing Director and owner of the 170 room hotel in Bangkok. I have been in the travel and hospitality business for over the last 5 years. This is the first time I have traveled on Swiss International on a roundtrip to NYC although I am previously a Gold Star Alliance member through Thai international and am currrently a silver member On this particular day, I arrived at the airport in advance of 90 minutes, around 115 minutes prior to departure on a Swiss International flight from JFK to Zurich.


As I have a problem on my left knee that usually gets ajitated during long haul flights I had prebooked my seat for an aisle seat so that I could stretch my knee as it tends to get quite stiff due to the altitude and long hours sitting on the same seat. When I arrived, I was told by a Swiss International staff that my seat had been released and that most passengers would be assigned seating at the gate. This I found very unusual as I have traveled to NYC at least 2 times a year since 1991 and never have my seats been released and assigned at the gate. I spoke to the Swiss International Supervisor and she said the seats are release by the system if you don't arrive more than 90 minutes before departure. As I mentioned earlier, I arrived 115 minutes before departure. As I proceeded to the gate, I kindly informed the Swiss International staff who was assigning the seats of my medical condition and she said she would take care of me rudely without even asking my name. When I asked her how would she know who I was she simply said to me 'I know who you are.' Obviously she did not but I decided to keep quiet and wait. For the next 30-40 minutes there were many passengers like myself waiting for our pass. The flight was leaving in 5 minutes and even then, I did not get my seat assignment. Finally when I got it, it was not an aisle seat as I expected. I was very furstrated at this point and had to again speak to someone who finally changed it for me.

At this point I was very very upset at the service quality of your airline. (There were many other passengers who were upset as well!) After finally receiving my aisle seat boarding pass, I went into the airline and proceeded towards my seat. To my surprise there were two people already seated there and when I asked them for their boarding pass, they had the exact seat no as on my card and the seat was apparently double booked. I again had to go back to the front of the gate to have my seat changed and have this situation sorted out which took another 5 minutes to process. It was a very nervous moment on a packed flight where I thought I would not be able to board the flight. It was very obvious they were outsourcing their airport services to an outside company and it was a very poorly managed service by staff who do not care about the quality of customer care which negatively affected how passengers like myself perceived of their airline, especially on my first roundtrip experience. I must say that I was completely disappointed at how I and other passengers were treated.

When I arrived back to Bangkok, I sent an official compaint on the Swiss International website and the message was replied to me a woman named Patchanee Maneeruji saying they would get back to me within a few days. This message was also received by the following Swiss International staff including Christopher Allen, Jaaveed Ally, John Carlo Justincic, and Daniel Murray. This message was sent on July 10, 2009. After not hearing back from any of these five people for four weeks, I sent an inquiry again on August 1, 2009 asking for some feedback. After another week of waiting I finally received an email from Patchanee telling me that as a result of the problems I had, Swiss International would make this up to me by ensuring that the next time I would get my preferred seat on the plane. I found this reply insulting firstly because it took five of these people 4 weeks to come up with this reply and secondly because it was simply a cheap reply for the amount of trouble I went through. Being in the hopsitality business, I am always proactive in how I react to disappointed guests as my hotel and am always giving free room nights and upgrades to any dissatisfied guest as my guests are important to me and I believe it is in my best interest to make sure they arrive and leave my property satisfied. I am not upset that I was not given a free ticket or a free upgrade but simply it was a disrespectful gesture on the part of the airline based on the principle of good customer relationship management. I am writing this email in hope that you will read this and AVOID flying with Swiss International. The Airline is not reflective of a world class airline and I would suggest flying other airlines such as British Airways, Singapore Airlines, Quantas, Lufthansa, Emirates on any destination you fly if you have the option. Swiss both inflight experience and customer service is worse than a low cost airline, even Air Asia offered me a free ticket due to a delay I had on a local flight in Asia and they offered it right away without me having to ask for it.

Following my recent experience with Swiss Air staff I will no longer be flying Swiss Air for business or pleasure. I believe the woman who charged me an excess of 375 CHF while my colleagues who had similar snowboard bags paid nothing. The only difference between my colleagues and myself is that I am black but my colleagues are all white. This type of racist discrimination is not acceptable in the 21st Century and so I am complaining. I flew from Zurich to London February 2009. Be warned and choose another airline.

My husband left home on Monday January 5 2009 at 5:39 Frankfurt Airport, for a flight that should have left at 7:30, after 2, 3 hours of delays and then a complete change of planes, Swiss Air lost his luggage. He is now in Zurich and has to buy 2 new suits, shoes and underwear for his business meetings.
He has been calling from Zurich and I from Germany. The service number is a machine and no one is getting back to us with information on the lost luggage. Please contact me at my email address [protected]@2020CiE.de or Joerg Franke 0049 [protected] better yet, call my husband on his phone. He will be more than happy to hear from you. Who is going to reimburst us for this unexpected expense of clothing?
E. Terrelonge Griffith de Franke
Germany 1/6/2008

no full refund given

.
I called Swiss air Friday sept 5th and booked 6 tickets from Copenhagen to Miami for June 10th 2009. It was a swedish number and after you dialed the number you were connected to another number where they were speaking English. I told the woman I was talking to that I wanted the price in swedish kronor. She said the price was 25600. It sounded good to me, so I booked 6 tickets. I was told I had until Sunday to confirm the tickets. I called back on Saturday and confirmed the tickets, but were told the price was in danish kronor. I protested and they let me talk to their supervisor. She insisted that the original price was in Danish kroner. I let it go, and she connected me to another man who informed me that the price would be approximately 30 000. He couldn't give me the exact figure. I said fine and booked the tickets and put
money in my bank account.After that I called Swiss EVERY day and wondered why the money hadn't been drawn from our account and why no E-tickets were being sent. They said it was a long waiting line and the tickets were on their way. The 16th of September 28 000 sek were drawn from our account and 5 E-tickets were sent to our email adress. I called Swiss again and they said that my name was too long and couldn't fit on the ticket. The next time I called I was told there weren't enough money in our bank account. We made an agreement that they would draw the money on the 19th of Sept. I put in more money and waited, but nothing happened. On the 23rd of sept in the morning when i looked in my bank account I saw that the 28 000 had been returned to our account. I didn't know what to believe. I was frustrated because it was taking too long to get the tickets, so I booked 6 identical tickets with another internet agency. Everything went smoothly and I received our E tickets within minutes and the money was drawn from our account immediately. I called Swiss and told them I wanted to cancel the original 5 tickets. Since the money was redeposited to our account I thought the deal was cancelled. Since no money transaction had taken place I thought everything would be ok. Unfortunately I was told that I was only elligible to receive a minimal refund. They insisted that the money was already taken from our account
and that they had received authorization from our bank. Unfortunately they were right, cause when I checked our account on the 24th of Sept the money from the original tickets were withdrawn from the account and I had minus 22 000 sek in my account. I had now paid for 5 + 6 tickets!! I called Swiss and tried to reason with them that I felt that it was their fault that the tickets took so long to get I felt like didn't have a choice but to use another agency and I felt I was entitled to a full refund, especially considering the new tickets were also with Swiss. They refused. I don't think it should take that long to get some airline tickets and we didn't even get the full amount of tickets we ordered. Anyway, I'm curious as what you have to say on the subject.

Swiss International Air Lines
3
%
Doing nothing would be this company's favorite pastime, if they had the energy for it.