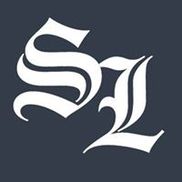 Having problems with Star Ledger?

J. Kedzior, who delivers our paper to 1216 Orchard Drive in Hillsborough, rarely uses the newspaper box. Instead, he throws the paper in the driveway.

We had no trouble until he took over the route. The previous deliveryman always used the newspaper box.

I walk with a cane, which makes picking up the paper perilous at times. Also, when it rains, the paper gets wet as we remove it from the plastic cover. There is no reason for this except laziness. Please instruct him to deliver the paper correctly.

I stopped the star ledger newspaper delivery months ago, due to the reporting of fake news. I even received a...

Maybe I am the only one annoyed by this... or maybe the only one having this problem, but the actual quality of the newspaper leaves a lot to be desired. I continually an receiving Star-Ledger newspapers that have folds down much of the page and there can be numerous pages.

I have called their customer service but all that gets me is another paper from the carrier although it is not his problem and he shouldn't catch any grief or expenses for what I believe is a production problem. I called the publisher and talked to his secretary. She told me it was the first time she heard this complaint.

She was concerned and told me she would have someone call me. Someone did call me, and the problem stopped for a few days and that person did follow up once but I was told that... after all, it is paper they were dealing with! Now, that may be but I haven't noticed these folds in any other newspaper I have read, only the Star-Ledger.

The last few days the problem of folds has been very noticeable. Every page in the Sports Section was creased as were many pages in the stories about our governor, etc. True, I can call and get another paper but it can take a few hours to get another copy and I have far better things to do.

Does anybody know how to get the Star-Ledger's attention in order to get this problem fixed once and for all?? I know I can quit the paper, but it is a GREAT paper that spends a lot of money on reporting. It's too bad their production dept. is not able to get their act together.

BTW, the carrier has told me they have always complained about the quality of the product but nobody seems to notice.

This is an excerpt from an email to the New Jersey Star Ledger "customer service" department dated 10/16/2006. I see from the other complaint about the newspaper on this site that I am not the only person who did not get my "free cooler". I guess I will have to tell my 5 year old son that there are some people in this world who lie and dont do what they say they will do.

"I was dismayed to find a bill for $11.08 in my mailbox for service from 9/3/2006 to 9/22/2006 when I had attempted to cancel my paper THREE TIMES, on 9/1/2006-9/11/2006 then finally 9/21/2006. The first time I called they told me that it would not be able to be cancelled until sometime the next week. (Most papers I have subscribed to use something called the telephone to alert the carrier to cease delivery the next day) I told the person I was calling before the subscription ended and that I was not going to pay for anything after 9/2/06. TEN days later I was still getting the paper, I called again on 9/11 to be told the same thing. The paper kept coming( like to energizer bunny)

ANOTHER TEN days later I called again, spoke to Tanya and finally found someone
who appears to have done their job and finally the paper stopped coming. Tanya told me that according to her computer this was the first time I had called
in. I repeated the same thing I told the first person, that I was NOT going to pay for any papers delivered after 9/2/06.

Is it some kind of company policy to disregard subscription cancellations in hopes that the subscriber will eventually decide to keep the paper? These are the questions I will pose to the New Jersey
office of Consumer Affairs (who I CC'd this email to) if you continue to send me these notices.*
*I will file a FORMAL COMPLAINT if this matter is not dismissed.

Also you never sent me the the cooler that was advertised as a gift for subscribing to 12 weeks of the paper. That is called FRAUD."

I am unable to get your subscription to the Star Ledger started due to the following problems: 1. On 6/6 I...

Star Ledger
0
%
Doing nothing would be this company's favorite pastime, if they had the energy for it.