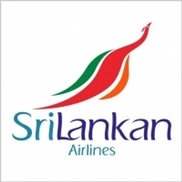 Having problems with SriLankan Airlines?

Srilankan Airlines — Lost Phone on board

Our family travelled from Columbo to Melbourne on flight UL604 on 13th Jul 2021. Our journey was ok as we had to travel from Bangalore to Chennai and then Chennai to Columbo and were placed in transit location for few hours before our flight to Melbourne. It was all good and once we got on the plane were told we could use the back portion of the plane as the flight was mostly empty or limited number of passengers (25) allowed due to Australian limit on number of people allowed to Australia. We were allocated seats on 57; however, we sat on middle part of 56 as we (me, my wife and our 1 year infant) can sit together.

Once we got to Melbourne International Airport, all passengers were ready to disembark the flight; however due to some requirement we were not allowed for while. Our family was also ready to disembark and had taken all items to do so. However, given the delay, we sat briefly on seat 55 which is when I have left my wife's iPhone (Description of the phone - iPhone 7 with Brown colour flip open case and contained Australian Medicare Card, Australian Myki Card & Indian Driving License) on the seats while trying to manage our little son as my wife had to use the toilet. While my wife was still in toilet the flight passengers were allowed to disembark. Once my wife was back we all disembarked the flight and unfortunately at this stage I have misplaced my wife's phone on seat 55.

After arriving at hotel quarantine in Melbourne at 1 am, I had realised that I had left my wife's phone in the flight and called SriLankan Airlines in Melbourne next day morning to check the on the item. I was advised by the customer service representative to send an email to [protected]@srilankanau.com.au. I sent an email as advised with description of the item lost which was then onward internally few times and after multiple follow up, I was advised they had conducted extensive search and unfortunately had reached dead end.

I appreciate the effort put in; however, it is disappointing as I had left the item on seat 55. We have very fond memories (videos/photos) of our little son (1 year old) in the phone and it is unfortunate that I have misplaced it on our flight to Melbourne.

It would be really appreciated if there a thorough check conducted on the plane and also if anyone who cleaned the flight had come across it.

Can you please help me get back my phone?

i have booked ticket in January 29 in srilankan airlines to travel to India due to covid pandemic flights are cancelled but still i didn't get my money refund back i have booked ticket through rehlat when ever i ask for refund they are replying the airlines is not refunding the money and they are not responding almost 1 year 3 months completed still i didn't get refund.

I purchased two tickets from Sri Lankan on July 12. On the same day, I called customer service to cancel the tickets, and I was informed on this call that I should do the online cancellation, at a cancellation fee of US$20 per ticket (provided Sri Lankan the protocol number for the call, which they did no bother to check). I applied for the refund, as recommended, and received an email saying the refundable amount would be informed to me in two business days. I never received the email informing me of the refundable amount.

One day later (Aug 13) I have received the refund in my credit card, and was surprised to see a cancellation fee in excess of US$240, which was both (1) higher than the amount I was informed on the phone and (2) completely unexpected as I was never informed the amount I was going to be refunded (which should have happened in two business days, according to the company's own email).

They have been extremely rude, not to mention absolutely unhelpful on the phone trying to solve my problem, or even explaining the reason why it happened in the first place. This happened in spite of me being a oneworld Emerald member. Cannot imagine how they treat all their customers, if this is what recurrence gets you.

i made online booking from the Sri Lankan Airlines, i received the ticket reservation confirmation with my...

My name is Kasun Fernando .When We bought the up and down ticket for me, my wife and baby infant from Canada, it was including 3 checking luggage (13kg for my baby), 3 hand luggage (with 12 kg for each person ) when we came from Canada we had 3 transit, including Doha Qatar to Sri Lanka.And there was nothing problem according to our tickets ( they allowed us to bring 2 back pack, one hand bag for my wife and little baby bag ) When we came back from Srilanka (CMB )at place of the checking luggage, there was nothing problems, we also paid our extra luggage and they allowed us to bring 3 hand luggage with 10 kg for each person With 2 back pack one hand bag and the little baby bag., After all when we came to board to the flight ( Sri Lankan air line UL217 Doha Qatar departure was on May 02 at 18:45), There was a lady her name is Michel with the blue dress, she yelled at us there are too many luggage and she's not gonna allow us to go like that, and she empty our bags and throw it infront of the staff and the people, ( everybody was looking at us at that moment) she was so rude to us .we said her, we were just checked if they said us like that, we could have paid for the extra., then she said ok, and asked from us with high volume of the voice do you agree to pay $ 200 USD from the second hand luggage., I said ok, let me go and pay, at the first time she said ok go and pay, before left the 30 second she yelled again, that she can't let us go and pay, and said u guys just leave the luggage or leave the stuff and go away from here., there was so many baby clothes too which was empty from the bag, and my baby was really sick with fever., My wife said to her that "my baby is really sick with fever and don't give us hard time like this " and She insulted us " Oh your baby got sick right after got here" . We werde so frustrated about this lady. We really needed some baby clothes to change him later, Because we had to fly 29 hours to Canada with 3 transit) then My wife took some her clothes from the luggage and put it on the chair where the other stuff and clothes were (that Michel throw from the hand luggage) And my wife kindly asked from her, that let us take some baby clothes. that clothes instead, And she point out her hand with the finger, told my wife to go away to the flight .she just behave to us just like for animals., we were so uncomfortable about this incident, finally the cabbing manager of the flight came to us . and she. ( Michel)also pushed us to go to the flight with law volume at this time but with angry ., even though there was a empty hand luggage and the so many stuff that she took from us, she didn't allow me to take even the empty hand luggage . We allowed 3 hand luggage according to the ticket. But she got the one hand luggage and the stuff more than 10 kg ., and she didn't tell us what she's going to do for that .she just forced and pushed us to board to the the flight, ( I don't know that she use to treat the people who are going to Doha Qatar like this.). After 4 years we came to Srilanka, there were so many air lines that we could have booked. But we choose the Sri Lankan air line because we are srilankan ., but we didn't choose the Srilankan air line to take the rude and inappropriate behaviour from the ground agents ..i have chosen the Srilankan air line fue time before, but nobody treated us like this.this was my wife's first time that she got the flight ( from Srilankan air line) with me for Doha Qatar transit to Canada. I was so frustrated about this. And I never choose the Srilankan air line again. However the cabbing manager of the flight ( UL 217 - Doha Qatar ) asked from us what happened and he said us to give in writing complain letter against this lady's rude behaviour . ( because everyone saw this incident)And I gave him that while we were in the flight, I don't want any compensation . but I want ( ground agent) Michel should have inquiry and punish against this case...
Thank you

SriLankan Airlines Call Center, did a date change for me. I had made the necessary payments, and they...

NIGHTMARE AT MUMBAI AIRPORT AFTER 24 HOURS JOURNEY FROM CANADA Srilankan staff at Mumbai airport force me to...

SriLankan Airlines
Doing nothing would be this company's favorite pastime, if they had the energy for it.