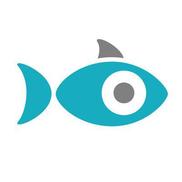 Having problems with Snapfish?

To redeem your free prize visit / www.snapfish.com/shrekprints but when you do it. It said you need to buy them. Enter you winning code. but you can not.

Beware of this scam!

Let me start by saying that I wish I would have seen the complaints on this website prior to ordering from...

I ordered photo gifts from snapfish on nov 26th, figuring that would give me plenty of time for them to arrive for christmas. Well, it's dec 17th, I haven't received my order yet, and even though the customer support page promises 1 day response time, it's been five days since i've contacted them, and I haven't gotten a response yet. Their lack of phone number is really making me mad.

I thought that the snapfish program sounded great... Upload your photos to snapfish and they will also be downloaded into your picture files... Well no it didn't happen that way. Once I downloaded the snapfish program I was no longer able to download my digital photos directly to my files... I've sent many many emails for assistance with no answers from snapfish.

My photos have been hijacked and the "deal" with snapfish is not a deal... Beware and don't download this program to your computer.

Every year, I make a photo book for my daughter, and we view it as a family the night of her birthday...

Snapfish sent me someone else's pictures and they were double exposed with someone else's pictures. In some pictures of these strangers that I don't know, there is my daughter infused into the background of the other pictures that don't belong to me. I sent them a letter informing them of the problem and I mailed them back the pictures. I also spoke to a rep on the phone who told me that it was a "technical error". Today, I received in the mail what I thought would be my pictures, but instead were the WRONG pictures AGAIN of the other family along with my original complaint letter to Snapfish. They taped a note on the package that read " Double Exposed: Film ran through camera twice before processing"... I am so furious!! So there answer to THEIR mistake is that I DOUBLE EXPOSED MY OWN FILM BEFORE PROCESSING!!!??? I don't even know the people in the pictures that they sent me!!! THEY made the mistake in the processing of my film, this is very clear and this is what they're supposed to be EXPERTS at doing???... And to handle this situation as poorly as they have, is what infuriates me. They could care less that they've lost my film. They have had no concern for my situation. This was very special film of my daughters 17th birthday and I trusted this company to handle their job professionally. They made a mistake by double exposing my film with someone else's and they're not even trying to rectify the problem. SO, there is another family out there somewhere who probably has my pictures, or double exposures like I do. Again, Snapfish could care less. They sent me back the wrong pictures with a note basically blaming me for the double exposure... CUSTOMERS BEWARE!! If you have "special" film to be developed, it's not wise to trust SNAPFISH because they really don't care!

I hope no one is trying to get the Christmas photo cards from Snapfish. I started 12/10 and thought, yes thought I had plenty of time because I was going to use the 2nd day shipping. It is 12/19 and I still don't have them. After emailing the customer service, or lack of, I find out they sent them regular mail. And after I demanded my money back, I was refunded a big $4 for the difference in shipping.

I just can't seem to get "Charlie" to understand getting your Christmas cards as this late makes the total order useless. I have asked for a refund 3 times, but all I get is that they should be delivered in 5-7 days. So, maybe I should have made my message: "Thanks to Snapfish, hope you HAD a nice Christmas"?

I would have never ordered these cards had there not been a 2nd day option for shipping... I am not wondering, was that just a scam to get people to spend their money for something that will come so late you can't even use it???

Snapfish
0
%
Doing nothing would be this company's favorite pastime, if they had the energy for it.