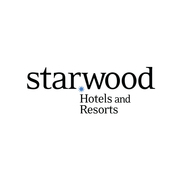 Having problems with Sheraton / Starwood?

I was awakened at 3:30 in the morning by water dripping on me and the bed. One of the many patches in the...

We stayed at the Sheraton Hotel on June 25 & 26 for 2 nights. On the Saturday evening I went to the front desk to ask the clerk for some towels for the next morning he told me he was to busy, so I returned 10 minutes later with my dirty towels to get new towels he again told me he was to busy. As this went on for 4 times we finely called customer service and filed a complaint. Now the hotel has charged my CC an additional $ 111.35 for damages they say we did to our room, which we did not do... I have tried to talk to the manager Sandra Walker but she refuses to talk to me regarding this situation.. I feel that if the damages to the room were true than they would of reported this to the customer service people right away when I was filing my complaint regarding the towel situation I know that when we left our room on Sunday morning at 7:30 there was no damage to the carpet or the walls or anything else. I can't believe they can get away with charging me for something I didn't do. I felt that the service I received was not acceptable and now they have penalized me for reporting them to them customer complaint service.

Departing from lax to dallas should have been an easy ride for us, visitors from sydney, australia...

I couldn't even "Share Your Story" on the Sheraton website becuse they limit the characters and want some kind of photo or video.

There is no complaint department or company contact information. Here's what I tried to write to them.

We stayed at the Sheraton Waterside Hotel in Norfolk back on November 3rd and 4th of last year to attend a wedding. I just wanted to write and tell you what an awful facility you have.

• The room had very poor ventilation.
• The faucets leak.
• The bathtub is stained.
• There were no condiments for the coffee service.
• The toilet seat is broken.
• There is no continental breakfast which even cheap hotels now offer. We had to eat breakfast in the restaurant which had poor service. To get a cup of coffee we had to walk several blocks downtown.
• The security latch is broken.
• The robe hook is broken.
• The carpet is torn.
• The mattress is lousy.
• Your parking lot is insanely stupid; cars were driving up on the sidewalk to pass each other after the drop off point.
• Only one of our door cards worked the lock and the one that did needed several tries each time.
• We have to pay to park and only get a small discount from the city in a lot that is quite some distance from the lobby.
• Baggage handlers refused to let us use the carts (which were available) to retrieve the luggage from our room. They insisted we had to tip them.

Sheraton / Starwood
14
%
There is some slight activity coming from this company when it comes down to resolving complaints, but so far it's neither timely, nor relevant.