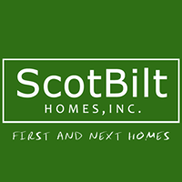 My home was delivered in July of 2019. It was a special order home with a ton of upgrades. The only thing special about this home is the amount of issues it has. From cosmetic to no running water in master bathroom tub. Multiple times Clint asked me do I want the home done fast or right?? The home came through with a master bathroom that is 90% wrong. Wrong front door and missing cedar siding on front of home. The tile backsplash in kitchen needs to totally be replaced because they put broken tile up. There is a 15 inch slash in my floor in formal living room. Paint all over floor and carpets. 80% of tu he molding in the home needs to be replaced because the white is peeling off. I have a sliding glass door that can't be used. Caulking is missing around windows. In almost every room the ceiling joint tape is peeling so bad that pieces of the ceiling stucco have fallen off. Kitchen cabinets have huge chunks missing from them. There is a gap between the countertop and wall where I can put my pinky finger between. Sinks left uncaulkwd. Missing bathroom mirrors. Walls have huge buldges. The vaper barrier under the house is falling down. I have a kitchen butcher block island that can't be used because they barely put 1 coat of stain on it and never sealed the island. They danded it against the grain and you can see it. There electric outlet boxes and switch boxes that are crooked. They didn't cut the sheet rock in Tray ceiling so there are big gaps. There are screws coming th through the floor that I constantly step on and go through my skin on my foot. A transom window was installed crooked. Wrong color and size cabinet was installed. The shower head in master bathroom comes out of tg he wall crooked. They cut molding short. Trust me the list goes on and on. Their service guy called me up in October and demanded me to be tg here the next day. I had to fly in from another state. He was there for one day and said he wasn't going to be back or finish because his transmission blew in his truck. He then made another appointment for the week before Thanksgiving. He was a no show. In January he finally showed up. Just one guy for a 2300 square foot home with many problems. He said he would be there early in the morning and not show up til 1pm then wouldn't leave til 10pm sometines later. He only stayed for 4 days. He then forced me to sign a work order. He said he wouldn't be paid unless I did so. I did but wrote on the paper that work is only 90% done. I contacted the office the next day. Spoke to the manager Luwanda in the service department. She apologized and said to tell her when I get back and she would send different crew. Which I did last week. Now this guy Travis from scotbilt called me and said they weren't coming and if I wanted my home repaired I would have to contact the state and file a complaint. If course he said this after I bought my airline ticket. I called the state and they said I needed to file a complaint online. I did to be told at the end someone would reach out to me in 3 plus weeks. I have never in my whole life have been given such a run around and been lied to. Their repair guy told me it takes MANY BISITS to complete the work. Luwanda told me no all repairs are done in one visit. Their repair guy used my new hand towels to wipe up the floor. They didn't protect my NEW furniture or RT he floors. Not one room started is completed.

Scotbilt Homes — they wont fix anything else.

Bought a 16 by 80 in 2018. 4 pages of issues. They came out and fixed a few things. Then when u call they flat out tell u they r not going to fix anything else. And they haven't. Shouldn't have to call the factory. Bought it off of Lexington discount mobile homes in Lexington south Carolina. They need to contact whomever they need to take care of the problems. But they don't. They give u the number and want u to call. Because I'm sure they already know they wont do anything. They r all nice, kind and friendly until u sign the papers and after they they r finished. Dont buy from them. Poor poor poor quality, standards, workmanship, and honesty. I could keep going on but the business and factory really dont care.

This my second complaint about Scotbilt. I can't find the first one so, I think it was taken down by Scotbilt or someone with access to it. So I'm copying this one for my records.

It's been 5 months since we moved into our new Scotbilt home. If you buy a Scotbilt home, you are a fool. See list of unresolved issues that have not been acknowledged or addressed in any constructive manner for 5 months. They keep resisting and postponing getting a contractor out to fix the many Issues with our new home. The house was built with very very poor craftsmanship and workmanship.

My wife and I moved into our new Scotbilt home in April, 2019. I was totally caught off guard when I saw how cheaply it was built and the issues therein. See photos.

My suggestion is to A. get your own lender and mortgage co. B. if you can, hire your own contractors for upgrades to the property. You should only pay the dealer for the house alone which is very negotiable. If you do this, put your crash helmet on. They will get down right nasty. They pad the costs of the upgrades significantly. Try to get them to give you an itemized detail list of all the costs involved. Good luck. You will be met with the utmost resistance.

I think you get the picture. Like I said in the beginning of this embarrassing compilation of issues, don't be a fool and buy a Scotbilt home. If you do decide to buy a Scotbilt home because of certain circumstances, make sure you write every little detail of what you expect to receive on the final order. In addition, if your told that curtain upgrades is are no cost to you. Definitely make sure it is spelled out on the final order in itemized detail.

Damaged when built; several slices and holes in the linoleum I paid $300 extra a room to get, sliding glass door bent, carpet had holes and cuts in it. Then, it was damaged in...

We bought the home off the lot at CC Homes and that was another nightmare.
ScoBilt gave us one shot to get things fixed, we have now been in the home for 9 months and we are seeing so many flaws it is amazing.
1. Door frames that are crooked so there is no way the door will ever close.
2.Pain so watered down that you can see the original color underneath when you clean the wall
3. Shades that are bowing and windows that do not close properly.
4. The exterior trim needs to be painted after only 1 year.

Please buyer BEWARE find another manufacturer, move into a tent, or go homeless.
It is not worth the aggravation no matter how great the price, also stay away from CC Homes in Lynn Haven they are just as culpable as Scotbilt.

We bought a 2014 model in July 2013 and it is now 5 years old. My floors are falling apart. I specifically had told the dealer, Goddard Homes in Tifton, GA, that I wanted NO...

I had bought a new modular home and just put up in August 2008. The place is coming apart but the company won't do anything. they said the warranty is only good for 30 day...

ScotBilt Homes
0
%
Doing nothing would be this company's favorite pastime, if they had the energy for it.