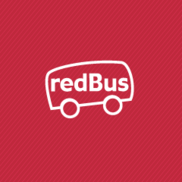 Having problems with redBus?

redBus reviews first appeared on Complaints Board on Sep 7, 2011. The latest review Report on wrong advertisement info on online was posted on Oct 24, 2021. The latest complaint Incorrect service was resolved on Feb 03, 2014. redBus has an average consumer rating of 2 stars from 10 reviews. redBus has resolved 2 complaints.

ComplaintsBoard.com is not affiliated, associated, authorized, endorsed by, or in any way officially connected with redBus Customer Service. Initial redBus complaints should be directed to their team directly. You can find contact details for redBus above.

Use this comments board to leave complaints and reviews about redBus. Discuss the issues you have had with redBus and work with their customer service team to find a resolution.

I booked for 2 seat as the earlier mentioned that the seat was blocked for social distancing.when buying also mention this bus got social distancing. I cant booked for 2 seat beside as it was blocked. Then i had to buy for seat in front and at the back separately which cant seat together. But when the bus arrived it was shocked when it is no social distancing at all as per mention on the website. I choose this bus because i though it was true which the bus practice social distancing but its wrong. Kindly amend your advertisement as it lies to all people who buy online! Its troublesome as during this pandemic. And more worst the bus was late for almost 2 hours. Boarding time was 10.20am but the bus arrived at 12pm. How can other bas( same company) can arrive early while this one fail. Please advice

Myself subhash i was booked a ticket from Ahmednagar to ahmedabad in shrinath travels of 1425 rs, Ticket No...

I want to place a complaint to this driver. AHT 6666, Indian driver, not so polite when the following incidents:-
1) we place our small personal thing on the side empty seat, he asked me to remove, and said if we want to put, then need to buy this seat
2) when other customer from other bus with same 6666 plate number wrongly go in to our bus and just ask him where is their bag, his respond is not polite and said don't know, then said u go in my bus and ask for bag which I don't know then laughed without explaining there may be other 6666 plate number bus at other side custom
3) when we reach Muar bus station, he just shouted cepat turun with fierce face, this moment I confirm I want to lodge this complaint hope he must discipline himself

This is Nagasubramanian who travelled to coimbatore on

came out from koyambedu by 12 .00 mid night and it has reached

it has taken a route through omalur mechery mettur anthiyur satya

as SORROW TRAVELS . They have not even gave us even a water bottle of

500 ml but they have quoted water will be provided, and the driver also

behaved very roughly . if i am not given suitable reply and

other than red bus.

Hello Consumer Complaint Board, I am Mayank, from India last month I visited Singapore for travelling, then...

www.redbus.in — They didn't inform customers about the routes of the buses

We booked two tickets for the bus trip through the website www.redbus.in. When we arrived to the bus stop, it turned out that this bus took completely different route. And it didn’t fit us at all. We asked the bus driver to help us, be refused. We tried to open this website and book new tickets, but they were unavailable. But no one warned us that this bus was going on the different trip and route. Stay away from this website!

This is vikram tej who traveled in one of the bus booked in redbus.com. I was mentally harassed by those...

I have booked to & fro tickets for 2 persons from Delhi to Dehradun in Kalpana Travels through Redbus.in website. The date of my travel was 19th November 2012 to Dehradun and on 20th Nov to Delhi. I had paid a total of Rs.2600 for the above travel. Sinc the it was sleeper coach, I thought we would have the comfort of sleeping in the bus rather than seating. Hence I booked both the tickets for Kalpana travels through Redbus.in and none of the other ticketing websites had this travels in their list.

The scheduled departure of the bus was at 10.30 pm from Delhi. But the Bus started at 12.30 am i.e 2 hrs late. The staff were very rude and did not givus the seats which we booked and instead given us seats at the back. The bus reached Dehradun more than 1 hour late. The bus is very horrible and the staff were very rude. Donot ever book this bus. Worst bus. Even Uttarakhand state buses are much better. They also cheated other passengers who have booked the tickets to mussorie and dropped them at Dehradun only and didn’t even refund the amount.

Now, my return bus from Dehradun to Delhi #TECG65845587# was scheduled to depart at 10.00 pm from ISBT, Dehradun. We reached ISBT by 9.30 and searched for the bus for more than 30 mins, but couldn’t find it. I called one of the phone numbers given at the time of booking.I was given another number to call and then when I called the second person, he gave me number of one more person to call. So I called the 3rd person, then I was told that the bus is cancelled and I was told to board bus of another travel which is a seater and ticket price is 550 and I would be refunded Rs.100 in the bus.

The bus was so bad that the seats were torn in some places and the whole bus was reeking of bad smell. I called up the Kalpana travels people and told them to refund the amount and I would travel by another bus, but they said the amount will not be refunded and also threatened me.

I called up the Redbus. In customer care and told the story, they asked me to be online and I waited for more than 10 mins on the phone and then I was told that I will get the call shortly, but nothing happened and no one called me. I didn’t take that bus as it was about to start at 12.30 am and I had to catch the flight the next day morning.

Red bus people have never called me regarding the bus cancellation or amout refund, though I mailed them twice.

We were cheated by Kalpana travels and also redbus people. The worst ever customer service and the worst ever bus. These people only try to loot money of the people by making false promises. Redbus is the worst ticketing website.

My sincere suggestions to the people who read this is


Not to book tickets through Redbus. They are not responsible for anything once the ticket is booked and they don’t even try to solve the issue.

Never ever book ticket in Kalpana travels. The worst ever travel I had seen in my life. They just don’t know how much a customer suffers when the bus is cancelled without any prior intimation.

the agents do not have any knowledge of the real scenario of the bus operators and the reasons for change of bus or cancellation of tickets.

DO NOT EVER BOOK TICKETS BY REDBUS.

Anyway I am going to take these guys to the court and get justice done to me for the mental agony they had put me through, the physical pain I had to undergo, the monetary loss I had to bear.

DO NOT EVER BOOK TICKETS BY REDBUS.

Issue : money not refunded (since 23 -oct-2012 till date 21-nov-2012)
Date of journey: 23-Oct-2012
conservation reg refund policy and need my money back
Bus ref: TEBG22828683
SEAT NO: J1
Pnr: DBRS1804171-DH-34
Status: cancellation of ticket
Actually the booking agent had created big mess by booking two different tickets with two different buses for my family and i told him that was not my problem it`s because of your mistake why should I face a problem with my kid, But what ever many be prob Iis I want the ticket with same bus ref: seat d4-DH 31 so finally i got a ticket in this same bus and seat no D3 where i have to pay to the bus driver and I been informed from REDBUS booking agent that that will money will be credited into your account as of your previous booked ticket [ref : mention above] so i am still waiting for my money.

The complaint has been investigated and
resolved to the customer's satisfaction
Resolved RedBus.in (Varsha Travels) — Money not refunded for a failed transaction

I booked a ticket Online Using my SBI Online account on 2nd September 2011, from Vijayawada to Bangalore through Varsha Travels Bearing transaction number IG65176237. The cost of tickets is Rs.2222/- then i got a mail from [protected]@ccavenue.com with the following subject:

Stating that I would receive the money within two days if it was blocked for some rare possible scenario. But i didnt receive any payment until now. So please look into it as soon as possible and do the needful.

redBus
20
%
Not bad, but could've been way better. This company does respond, but not as often as you'd expect them to.