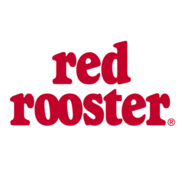 I purchased 3 x family chips from Southern River Red Rooster on 31st March via drive through.

Arriving at home 10 minutes later we noticed the chips are very undercooked, they were either uncooked in the middle, and at best soggy.

It happens. It's not a big deal. What is a big deal is how this was dealt with by the store manager.

Upon calling to advise of the issue the only option that was given was to return the chips to be issued a credit. However, as we all know, we're in isolation at present, I have five children at home that I am homeschooling on real time and we quickly went out inbetween classes to order via drive through.

I explained that I was unable to return to the store a second time at a cost of 30 minutes, fuel, loading the kids back in the car and as I e used this red rooster for 10 years, I simply asked for a credit for next time.

I even requested a 50% credit to meet halfway in lieu of being able to return them as nobody in our house would eat the chips that cost $20.35 cents. I offered to send photographs.

The manager refused all requests, either return them despite I explaining I could not or forfeit the credit.

The only measure the manager would agree to is a credit of one box of chips.

I said that as a minimum of good faith, he needed to meet me halfway.

The manager angrily hung up because he said I was negotiating too strongly.

I think it's a matter of meeting the requirements of the consumer code Red Rooster, you could have sent a driver as I suggested, the onus needs to be on Red Rooster to correct the issue.

If you're not willing to send a driver, then offer a credit. I told you I would write a review, and here it is.

Mistakes happen, good will in offering a credit especially in this season of lockdown is a must. These are challenging times, we're on a budget like everybody else, today's treat was about lifting spirits in the present climate and your response was unacceptable.

I will avoid using Red Rooster Southern River at all costs in the future as hanging up on a customer is extremely poor management of issues.

Today being Friday 6th march 2020
I proceeded to go through drive where i told to hang on which took 6 minutes then ordered drove to where i i pick up the food where i waited 11 minutes which i believe is poor service and i look at my rear view mirror to which there was a few cars behind
me.
Disgusting service having to wait that long 3 minutes fair enough like McDonald's or Hungry jacks but 11 minutes disgusting..
Please reply to this as i would like to know you received it
Regards
Haya

I received a home delivery and have to mention first it was extremely fast and the delivery guy had great...

being sweared at behind the counter by red rooster griffith staff

I have been coming to this store since May 2018 and sometimes I order food from them on a daily basis. The...

surcharge not displayed before purchase

I went to order food on Monday the 27 th a public holiday. At the Burleigh Waters shop. They only had the 10%...

I require a meeting for my 17 yo son with this manager and her line manager to discuss the employment...

did not receive correct meal. no answer from store.

Ordered through app and order says it's been delivered and never received it have tried multiple time...

Was made to wait at least 10 minutes just to receive cold and old chips which had no salt on them and the...

I ordered 2 chickens two weeks in advance to be cut up into 8 sections each for my Christmas lunch. My order...

Every time I go to this particular Red Rooster in Kalamunda, Western Australia, in a busy time, the chips are...

Not happy purchased a meal and sides through your delivery app no problems order went through money taken from my acc 5 mins later receive a txt stating ther has been a delay with order but rest assured it's coming . I than recieved another txt stating my order could not be furfilled and I will receive a refund within 48 hrs ???? Not good enough I will not use your online service again as I was affected by this as I did not have enough funds in my account to purchase a meal with cash I had to borrow funds and was inconvenient and a stress I could do with out

The bun was stale and there was no sauce unless I paid extra which shouldn't be when meals worth $20...

Hi, Today the 6th November, I went through drive through at the Campbelltown Restaurant. I ordered 2...

no delivery of food.

I placed an order online last night at 6pm and received a confirmation message that my order had been...

I am so annoid that a red rooster franchise would allow such a rude obnoxious child to be left to run a store...

We decided to go to red rooster for lunch so went through the drive thru around 1.50pm on the 17th october...

Red Rooster Foods
1
%
Doing nothing would be this company's favorite pastime, if they had the energy for it.